Pedophiles fly under the radar while Republicans are in office 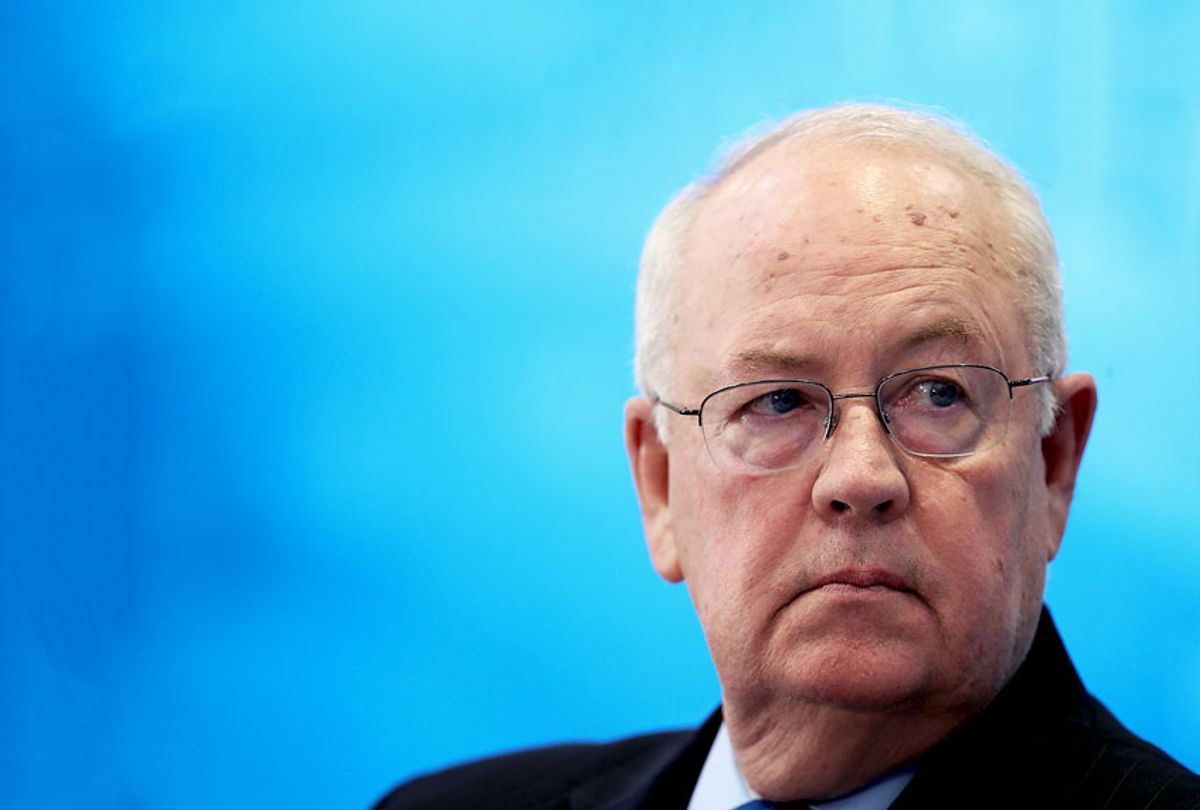 Of all the lurid nonsense circulating among conspiracy-addled Republicans, none of their theories is viler than the libel of child sexual abuse that began under the rubric of "Pizzagate" and became the basis of the cult ideology of QAnon. So successful was the smear campaign begun by followers of Donald Trump that millions of deranged people now believe those gothic horror tales targeting the likes of Hillary Clinton, Chrissy Teigen, and Tom Hanks, with the connivance of Republican politicians in search of Jewish space lasers.

Then there's real life, in which actual, detestable pedophiles and other sex offenders can depend on their reliable defender Kenneth W. Starr to shield them from the punishment they deserve. Yes, it's that Ken Starr, the Savanarola of sexual propriety, who is the pedophiles' best friend.

What we have learned in recent days about the sanctimonious Starr, from his alleged sexual infidelities to his zealous defense of the late Jeffrey Epstein, not only strips away his pious pretensions as sheer hypocrisies but also raises serious questions about his conduct that must still be answered.

A former public relations executive named Judi Hershman opened the latest inquest into Starr's iniquities on July 13 when she published an essay on Medium titled "Ken Starr, Brett Kavanaugh, Jeffrey Epstein and Me" that detailed, among many other things, her own illicit affair with the former independent counsel. Her account of an episode with the borderline Kavanaugh and his uncontrollable temper when they both worked for Starr on the Clinton prosecution, as well as her disillusionment with the misogynistic Starr, is worth reading. Yes, that Ken Starr, who, she says, took her hand and "placed it on his crotch."

Hershman recalls Starr's attempt in 2010 to deceive her into "counseling" Epstein, whom he whitewashed as "a very wealthy, very smart businessman who got himself into trouble for getting involved with a couple of underage girls who lied about their ages." He explained that "everyone deserves representation" and that the very smart businessman had "promised to keep it above 18 from now on." By then Epstein had raped scores of underage girls, and thereafter continued to do so.

Hershman writes that at the time, it didn't occur to her that Starr himself would be lying about Epstein, or that he might have been involved in executing the "secret and egregious sweetheart deal" that allowed the very smart businessman to evade justice for so many years.

But according to a new book by Miami Herald reporter Julie K. Brown, who first blew the lid off that deal, Starr was zealously committed to the Epstein defense. Her earlier reporting led to the dismissal of Alex Azar, the U.S. Attorney in Florida who signed off on that agreement, from former President Donald Trump's cabinet.

In Perversion of Justice, Brown writes that Epstein brought on Starr and Jay Lefkowitz, his longtime associate and partner at Kirkland & Ellis, because of their connections in the Bush Justice Department. Starr's campaign on behalf of Epstein included a "brutal" smear of a female prosecutor and an insider lobbying effort at the department's Washington headquarters.

Apparently, Starr has a strangely protective attitude toward molesters and rapists, even when he isn't being paid big money to defend them. A few years after his crusade on Epstein's behalf, he and his wife sent a letter to a county judge urging leniency for Christopher Kloman, a retired school administrator and friend of the Starrs who pled guilty to molesting five girls at the Potomac School in McLean, Virginia. They thought he should be sentenced to community service, but the judge instead gave him 43 years in prison.

Americans first glimpsed the dark side of Starr's character when he published the salacious Starr Report (co-authored by Kavanaugh) that led to the impeachment of former President Bill Clinton. They learned more about him when he was booted from the presidency of Baylor University for covering up the rampant sexual abuse of women on campus, including a gang rape by football players. With his partisan fanaticism and his bogus religiosity, he was a natural for Trump's impeachment defense.

Considering the smears perpetrated against Hillary Clinton in recent years, it is ironic indeed to review the unsavory conduct of a man who spent so much public time and money attempting to frame her for crimes she didn't commit as first lady. But these revelations about Starr should evoke more than bemused contempt.

What Julie Brown's book demands is a full investigation of an authentic conspiracy to pervert justice by Republican prosecutors and lawyers, including Starr. The Justice Department and the House and Senate judiciary committees must not let them get away with it.