Madison Cawthorn goes on the warpath against "punk" Dr. Fauci 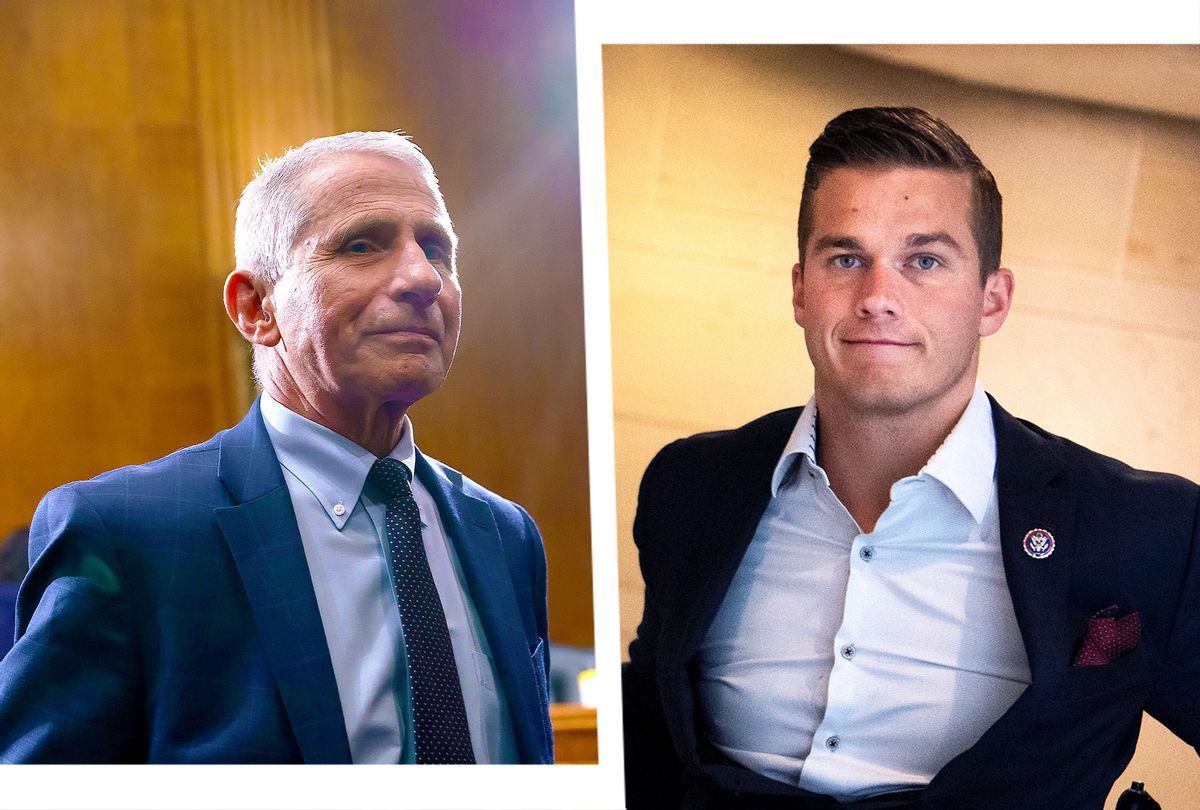 North Carolina Republican Rep. Madison Cawthorn, a freshman born in 1995, appears to have gone on the warpath against Dr. Anthony Fauci, the director of the U.S. National Institute of Allergy and Infectious Diseases and the chief medical advisor to the president during the coronavirus pandemic.

Cawthorn took to Newsmax on Tuesday to call Dr. Anthony Fauci "a punk who is trying to further his own career."

In an earlier Senate committee hearing on Tuesday, Fauci had a tense exchange with Sen. Rand Paul R-KY over the National Institutes of Health-funded gain-of-function research in the Wuhan Institute of Virology.When Paul asked Fauci to retract his statement denying that there was such funding, Fauci refused to do so.

"You are implying that what we did resulted in the deaths of individuals," Fauci said to Paul. "I totally resent that, and if anyone is lying here, senator, it is you."

Cawthorn gave his reaction to the heated exchange saying: "It really makes me angry to say that he does not want to retract his statements because he did lie to the American people. He did lie to Congress, which is a crime."

"I normally have a great amount of respect for the people who work here on Capitol Hill, knowing that although we have different ideas on how to accomplish it, we are all trying to work for the betterment of the American people," Cawthorn said. "I will tell you right now, that is not the case with Anthony Fauci."

"He is a punk who is trying to further his own career and make himself wealthy and famous," he continued.

Previously, Cawthorn tweeted that Fauci was an "unelected and overpaid bureaucrat."

"I thank Rand Paul for bringing it up and I will tell you right now Anthony Fauci does not have the best interests of the American people at his heart," he said. "I believe he is a pawn for the Chinese government by giving them funding to do militaristic funding to try and figure out how they can make an animal virus more transmissible to humans. It's disgusting, it's wrong, and 4 million people are dead all around the world because of it."