"Mass infection is not an option," experts said of the Tory government's "dangerous and unethical" reopening plan 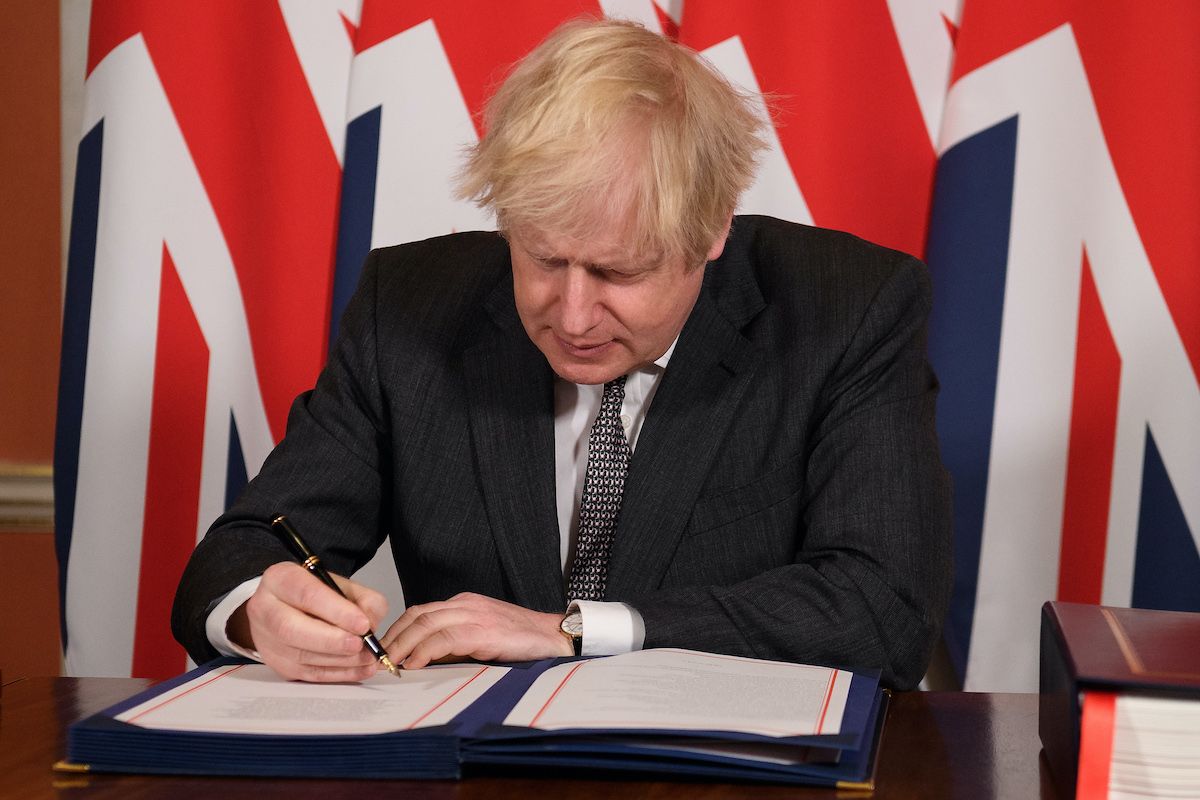 More than 1,200 scientists from around the world have condemned British Prime Minister Boris Johnson's plan to lift nearly all Covid restrictions in the United Kingdom on Monday, with some of the experts holding an emergency summit on Friday to warn that prematurely ending public health precautions in the country would lead to a surge in infections that could enable vaccine-resistant variants to develop and spread rapidly around the world.

During Friday's summit, epidemiologists and physicians compared Johnson's decision to proceed with so-called Freedom Day on July 19th despite a sharp uptick in Covid-19 cases to the pursuit of "herd immunity by mass infection," The Independent reported.

Forgoing almost every mandatory rule on mask-wearing and social distancing before the pandemic has been contained poses a "danger to the world," they warned.

William Hasteltine, a leading AIDS researcher and chair of Access Health International, said that he was "extremely dismayed to see the very rapid rate of increasing infections in a population" that is as vaccinated as the U.K.

Roughly two-thirds of the U.K.'s adult population has been fully inoculated, according to government figures, but cases, hospitalizations, and deaths have increased by 34.9%, 43.4%, and 57.4%, respectively, in the past week.

"I believe that the strategy of herd immunity is actually murderous," Hasteltine continued. "I think that's a word we should use, because that is what it is. It is knowledge that you are doing something that will result in thousands, and in some cases tens of thousands of people dying."

"It is a disastrous policy," he added. "It's been clear that that's been the case for some time, and to continue to espouse that policy is unconscionable."

Earlier this month, Chris Whitty, the U.K.'s chief medical officer (CMO), predicted that "we will get a significant amount more long Covid, particularly in the younger ages where the vaccination rates are currently much lower."

Deepti Gurdasani, an epidemiologist at Queen Mary University of London, emphasized that "this isn't inevitable. This is the path our government has chosen with the support from our CMO."

"Our government," she added "is taking steps to maximally expose our young to a virus that causes chronic illness in many."

Public health experts explained Friday that because Britain plays a central role in international transportation networks, the U.K. government's support for a laissez-faire approach provides ample opportunities for the emergence of vaccine-resistant variants, which are likely to "rapidly spread around the world," The Guardian reported.

Jose Martin-Moreno, a professor of public health at the University of Valencia in Spain, said that "U.K. policy affects not only U.K. citizens, it affects the world." He added: "We cannot understand why this is happening in spite of the scientific knowledge that you have."

Government officials from around the globe were among those who raised alarm about the Tories' soon-to-be-implemented policy.

"In New Zealand, we have always looked to the U.K. for leadership when it comes to scientific expertise, which is why it's so remarkable that it is not following even basic public health principles," said Michael Baker, a professor of public health at the University of Otago and a member of the New Zealand ministry of health's Covid-19 technical advisory group.

Stephen Duckett, secretary of the Australian health department, stressed that before governments loosen restrictions, they should ensure that viral transmission has been suppressed and that the population has been sufficiently protected through vaccination.

"If you open up when either one of those is not the case, you are doomed to an exponential rise in cases," he said.

As The Independent noted, Friday's summit came one day after Whitty admitted that the number of Covid-19 hospitalizations in the country is "currently doubling about every three weeks and could reach 'quite scary numbers' soon."

Although Whitty said Thursday that he doesn't "think we should underestimate the fact that we could get into trouble again surprisingly fast," he still defended Johnson's reopening plan, claiming that there is "no clear evidence" that prolonging Covid restrictions in the U.K. would reduce transmission of the virus.

Richard Horton, editor-in-chief of the esteemed medical journal The Lancet, told the newspaper that Whitty's minimization of the risks associated with prematurely lifting nearly all public health precautions in the U.K. was "willfully misrepresenting scientific opinion."

More than 1,200 international experts, including most of the participants at Friday's summit, have endorsed a letter—first published last week in The Lancet—that denounces the U.K.'s upcoming policy changes.

Titled, "Mass infection is not an option: we must do more to protect our young," the letter describes the Tories' decision as "dangerous and premature."

"We believe the government is embarking on a dangerous and unethical experiment, and we call on it to pause plans to abandon mitigations on July 19, 2021," a group of researchers wrote.

"Instead," they added, "the government should delay complete reopening until everyone, including adolescents, have been offered vaccination and uptake is high, and until mitigation measures, especially adequate ventilation (through investment in CO2 monitors and air filtration devices) and spacing (e.g., by reducing class sizes), are in place in schools."