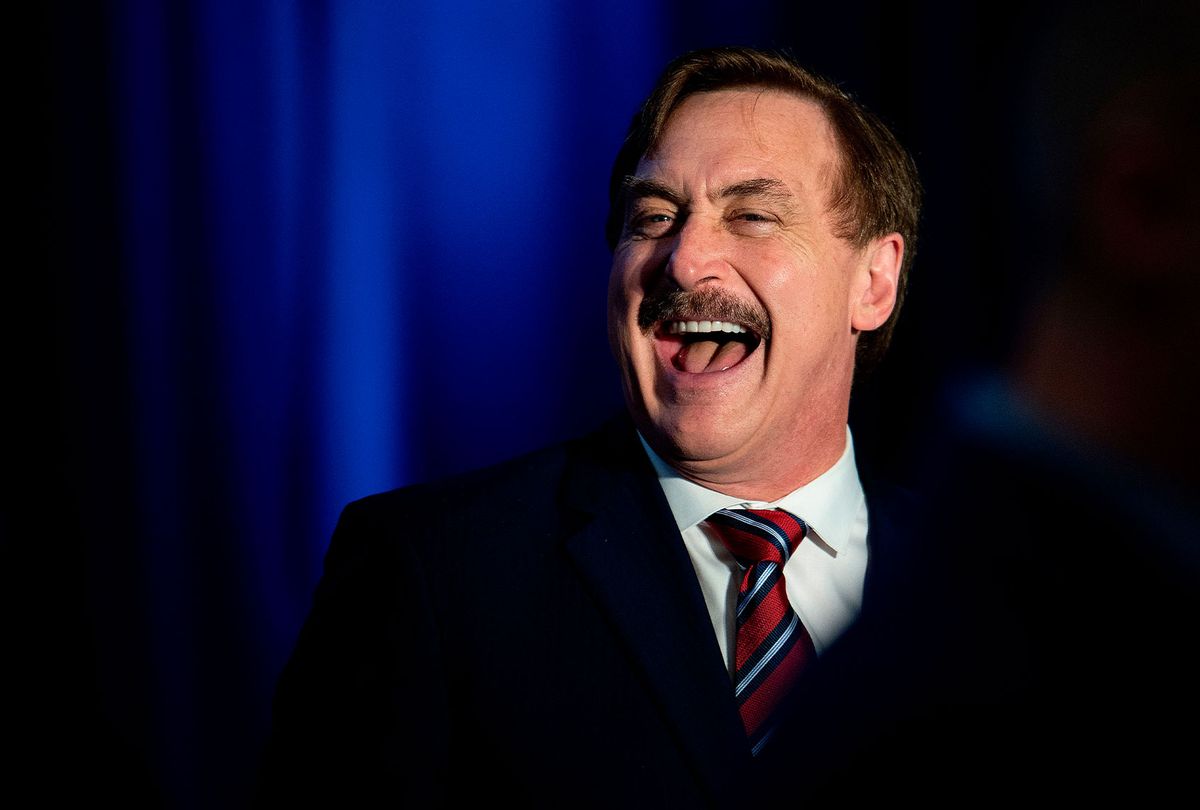 MyPillow CEO and election-fraud booster Mike Lindell, who is one of Fox News' top advertisers, isn't pleased with the right-wing network over its failure to promote — or cover, or even mention, for that matter — his upcoming "cyber symposium" event scheduled for mid-August in Sioux Falls, South Dakota. Lindell has long promised that this event will unveil data conclusively proving that Trump was the real winner of the 2020 election, musing earlier this week that a billion people might tune in and it could become a bigger phenomenon than Elvis Presley's legendary 1973 "Aloha From Hawaii" concert.

In a phone interview on Friday afternoon, Lindell told Salon he plans to place ads on Fox News, since the conservative network continues to ignore his media blitz endeavoring to "get the word out" about his symposium. "Fox [News] does not talk about anything with the election," the pillow king lamented. "So I'm going to make ads that will talk about — at least advertising for FrankSpeech.com — that we're going to be televising this [cyber symposium] for 72 hours straight."

Lindell explained that the ads tailored for Fox News will be geared towards spreading "awareness" to Fox's viewers, who are overwhelmingly Republicans and Trump voters: "I just want their viewership to watch it, so we don't have to go out the next day and say, 'Hey, did you watch that?'"

Asked by Salon if he's already made the ad buy or contacted the network about his plans, Lindell explained he hadn't done that yet, since the ads had not been produced. "I gotta make them!" he said.

A day earlier, the man who has brought better sleep to millions vented his anger at Fox News in an exclusive interview with Salon on Thursday afternoon. He suggested Salon should ask the network why it has remained silent on the Sioux Falls event and Lindell's ever more ambitious goals — which include a 9-0 Supreme Court decision that returns Trump to the White House, by an unknown mechanism. "Shame on Fox that they haven't come," he said. "You should reach out to them!"

The symposium is slated for Aug. 10 to 12, and according to Lindell, will show the world that the so-far baseless claims of widespread voter fraud in from the 2020 election are in fact 100% valid, leading to Trump's reinstatement.

"Fox News has refused to cover election fraud, especially the machines," Lindell wrote in a text message to Salon after the interview. "Shame on Fox News!"

This is not the beginning of the pillow CEO's feud with Fox News. In April, Lindell announced he had hired a team of "private investigators" to dig into the network's reluctance to cover his election-fraud endeavors, saying he had "spent a lot of money" on the probe. No results of such an investigation have been revealed.