5 new beer trends that are here to stay

From fruity beer smoothies to beers without any alcohol at all, here are some varieties to try 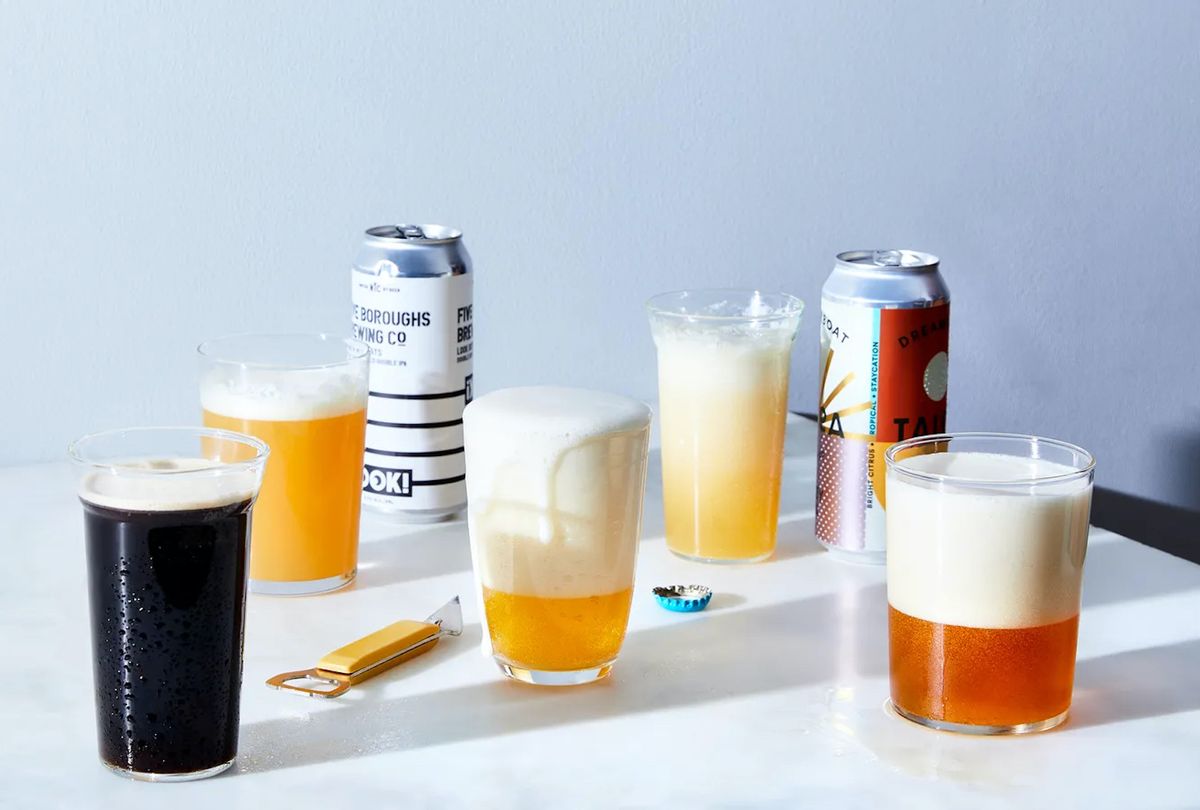 From the west coast pale ale, fruity and sweet hazy IPAs, and heavily fruited sour beers, the beer industry is used to change and chasing trends. With nearly 9,000 breweries across America, it's just about impossible to keep up with what's going on with beer these days — unless you're committed to continually tasting a seemingly unending number of styles and flavors.

Luckily, we are committed. So if you're looking to stay on top of what's all the rage in the industry right now, or just want to try something you usually wouldn't, we've assembled a list of what's been trendy in the beer world and what recent styles are here to stay.

Under federal regulations, seltzer is beer, so it is only fair to include the popular drink. Seltzer differs from beer in that instead of fermenting wort made with sugar pulled from grains, breweries are typically just fermenting cane sugar in water. Calories and carbs are kept much lower than beer, and the fermented sugar water provides a blank canvas for brewers to add several fruits to create a refreshing and lighter feeling drink than beer. Big brands are releasing more and more seltzer — and craft breweries are following suit. Why? It's a multi-billion-dollar business. Seltzer fests are now a thing, as are seltzer bars; and chances are if you like La Croix, you'll love hard seltzer.

Chances are you live by at least one brewery making a smoothie, sundae, push pop, or other similarly named beer style. A smoothie beer or seltzer is usually jammed full of sweet adjuncts — fruit, marshmallow, chocolate, lactose, and vanilla – and has the thickness of a (you guessed it) fruit smoothie. The texture achieved by adding cheesecake or mango puree to beer can be upsetting to some beer purists (though I am of the mind that beer should be fun — drink what you like), but the wide array of colors and flavors have quickly become popular in the beer world, with some breweries, like Imprint, building their brand on the trending style.

On the seltzer side — chances are, if you haven't heard of the popular, pulpy Smooj out of Michigan yet, you may be seeing their wares on shelves very soon. My wife and I keep multiple cans of this seltzer in the fridge year-round (and you need to keep them in the fridge as the fruit or other adjuncts will referment, causing a messy and possibly dangerous can explosion).

Removing alcohol from beer has long been seen as a way of stripping beer of its greatest asset: flavor. While former non-alcoholic brands may have nominally kept the notion of beer alive on the palate (many are sweet due to a restricted fermentation), new products have raised the bar for non-alcoholic offerings. We now see a range of flavors and styles from IPAs to coconut stouts, to fruited sours and hazy IPAs. And thanks to new technology (Wisconsin's Untitled Art uses reverse osmosis membrane filtration — this process filters out alcohol through high pressure and fine membranes; WellBeing uses vacuum distillation), the flavor of these beers can rival its alcohol-filled brethren. Essentially, the beer can be fully brewed and fermented like normal before removing the alcohol. While the market for this section of craft beer is small, more and more breweries are offering the option and it could lead to a watershed moment in the market.

In 2019, breweries were doing something gimmicky with beer: turning it into ice cream. With taprooms opening to pre-pandemic status (and with summer in full swing), beer ice cream and even slushies are arriving to tap handles again. Breweries will take their heavily fruited smoothie beers, fuse it with soft serve, and make you think you've just ordered ice cream from an A&W walk-up stand. Others have been running their fruity and sweet concoctions into ICEE machines for what should remain a constant summer treat after largely disappearing in 2020 due to unopen taprooms.

Some to try (so far, only at taprooms):

Early in craft beer's rise to popularity, there was a notion that Russian imperial stouts and barrel-aged stouts had to be relegated to colder months as though it were a seasonal item, similar to Oktoberfest beers. Today, this is no longer the case. Plenty of breweries are releasing barrel-aged stouts year-round. They're chock-full of flavor thanks to a thicker, syrupy, stout base that evolves as it pulls flavor from bourbon or rum barrels, or even bourbon barrels that once housed honey or maple syrup. Adjuncts like coconut, vanilla beans, and coffee are also added to create a truly intense bouquet of flavor.