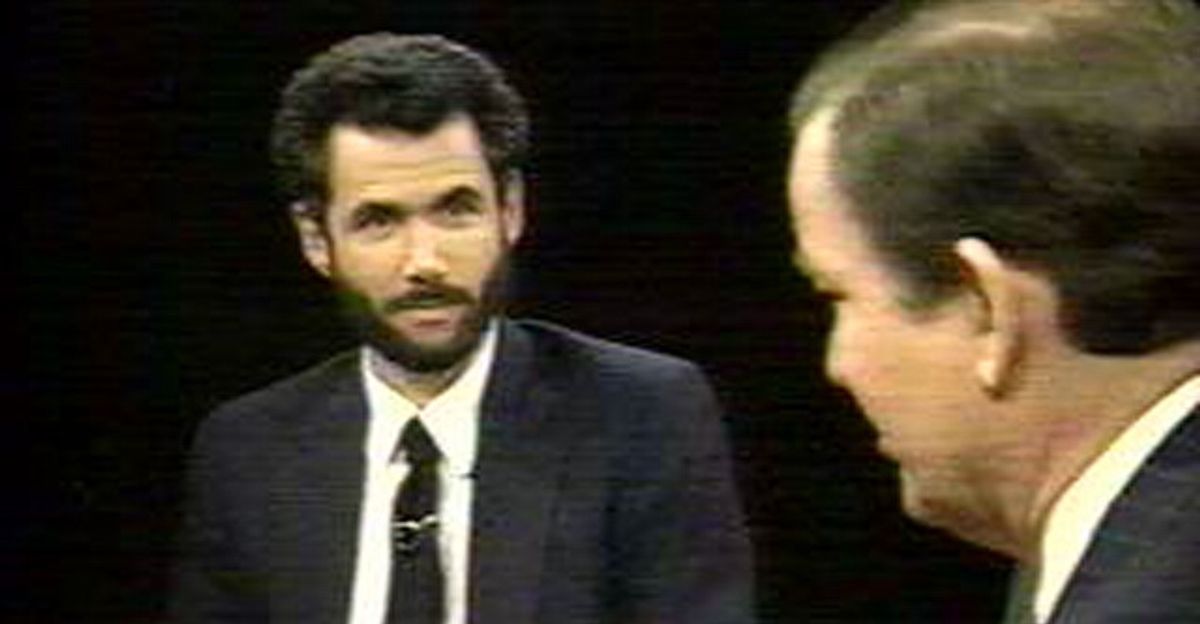 It was 35 years ago this month that I left my beloved Venice, California, to move to New York City to launch FAIR. Not many progressive nonprofits endure 35 years, but FAIR has survived and thrived.

I wanted to launch FAIR from Venice, but friends and advisers insisted, correctly, that a national media group would lack credibility if not based in New York or DC. Given the Reaganite stench permeating our nation's capital, NYC was the obvious choice. 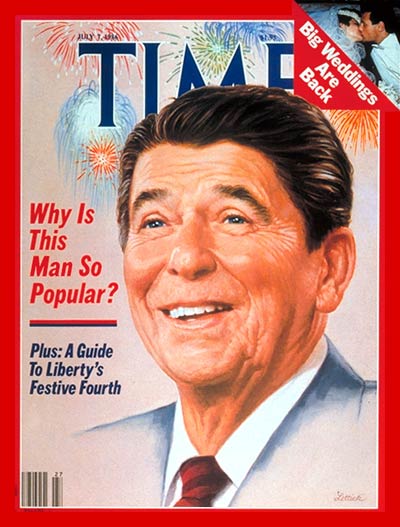 It's easy to forget that corporate liberal media back then were as soft on the declining Reagan — and his smilingly vicious brand of politics and terror wars in Central America — as they are today on Joe Biden. That media deference to Reaganism was a major reason I launched FAIR; my arrival in New York was greeted by Time magazine's unironic North Korea–like cover of Reagan, haloed by colorful fireworks.

At the beginning we couldn't afford to rent an office, so we launched FAIR out of the cramped Upper West Side apartment of FAIR co-founder/author Martin Lee and lawyer Pia Gallegos. Since any half-awake journalist would know that our West End Avenue address was no office building, we thought putting "Suite 7C" with that address on FAIR's stationery was an open joke, rather than a lie. "Accuracy," after all, was literally our middle name.

Later we moved into our first office at 666 Broadway — a building we were proud to share with such organizations as the Center for Constitutional Rights, Harper's magazine and Lambda Legal. It's there we launched our newsletter, Extra!, in June 1987, with Martin Lee as editor. Luckily for FAIR, Martin had just finished "Acid Dreams," his opus on LSD, the CIA and the 1960s. 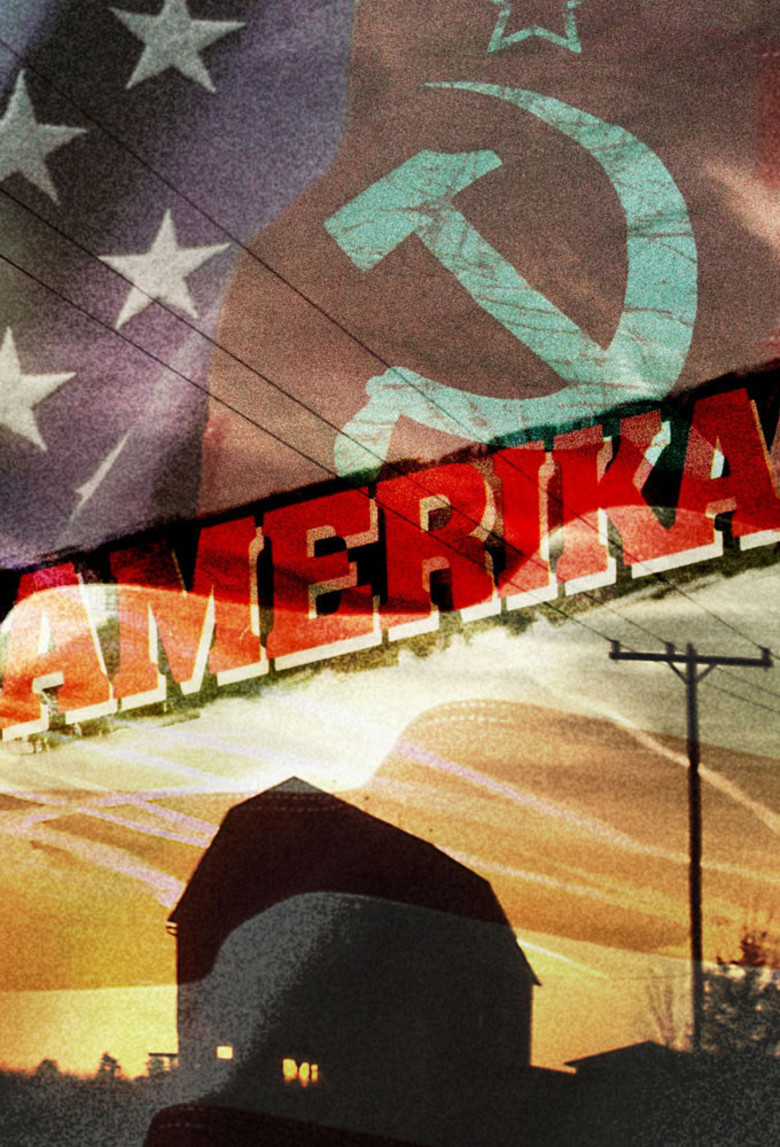 ABC's 1987 miniseries "Amerika" envisioned a Soviet takeover of the United States by 1997.

Without luck, a genuinely progressive and anti-corporate group won't survive far beyond birth. We got key grants at key times (thanks to the late David Hunter), key volunteers (like comedy writer Dennis Perrin; Steve Rendall, who later became FAIR's research director; and the "two Lindas": Linda Valentino and Linda Mitchell) and key stupidity from the ABC TV network.

Despite Reagan's blather about an "evil empire," the Soviet Union was on its last legs in 1986-87. But in Hollywood's feverish Cold War imaginings, the Russians were still coming — hell-bent on conquering and ruling us. ABC took the honors in the paranoia pageant with "Amerika," a 14-hour dramatic miniseries proposed to ABC by a right-wing columnist (New York, 1/26/87). It depicted the U.S. under the thumb of a vicious Soviet occupation, in league with a bunch of conspirators: the United Nations, internal traitors, Cubans, etc.

FAIR learned early on that we needed mainstream media allies to survive. During the filming of "Amerika," a whistleblower inside ABC leaked us the entire shooting script. We shared it with the UN. Every mainstream journalist who covered the erupting "Amerika" controversy needed us to get a look at the script. The miniseries put FAIR on the map as critics of conservative or Cold War media propaganda. I was quoted in the press referring to "Amerika" as a "14-hour commercial for Reagan's Star Wars scheme."

During this period of "Red Dawn"/"Rambo"/"Amerika," I debated ultra-right "Accuracy In Media" journalism-basher Reed Irvine. Irvine joined the Reaganites in attacking anyone who compared U.S.-supported right-wing "authoritarianism" (aka fascism) to Communism. That was the dreaded "moral equivalence." Unlike right-wing dictators who could be overthrown, Irvine insisted, Communist states were eternal. Within a few years, the Soviet Union and a half-dozen other Communist regimes were gone.

From margin to mainstream 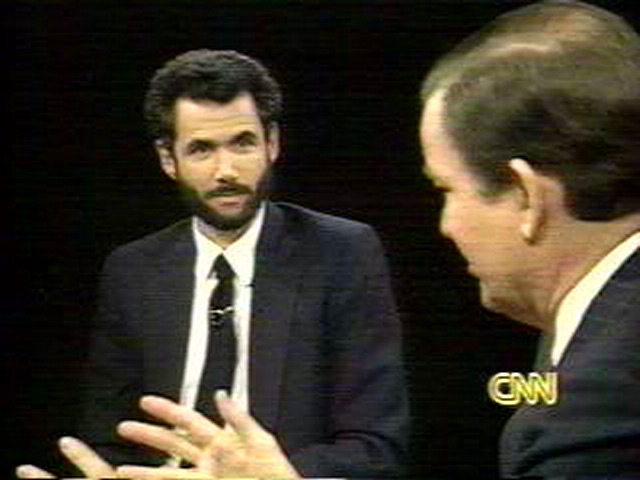 One of FAIR's main goals was to take what had been a marginalized progressive media critique (found in the then-undercirculated books of Noam Chomsky and Ed Herman, or in Alex Cockburn's columns) and push that critique into the faces of mainstream journalists. "Amerika" helped us get known. I soon appeared in national TV debates.

When we launched Extra!, our friends who worked inside national news outlets put dozens of copies inside bathrooms. We mailed copies free to hundreds of mainstream journalists — whether they subscribed or not (which might be called spam today).

In the 1990s, FAIR would gain acclaim for taking on Rush Limbaugh and Fox News, but right-wing media were far less powerful in the mid-1980s. Our focus in the early years was on "prestige" news outlets — those seen as sanctuaries of objective, fact-based journalism. 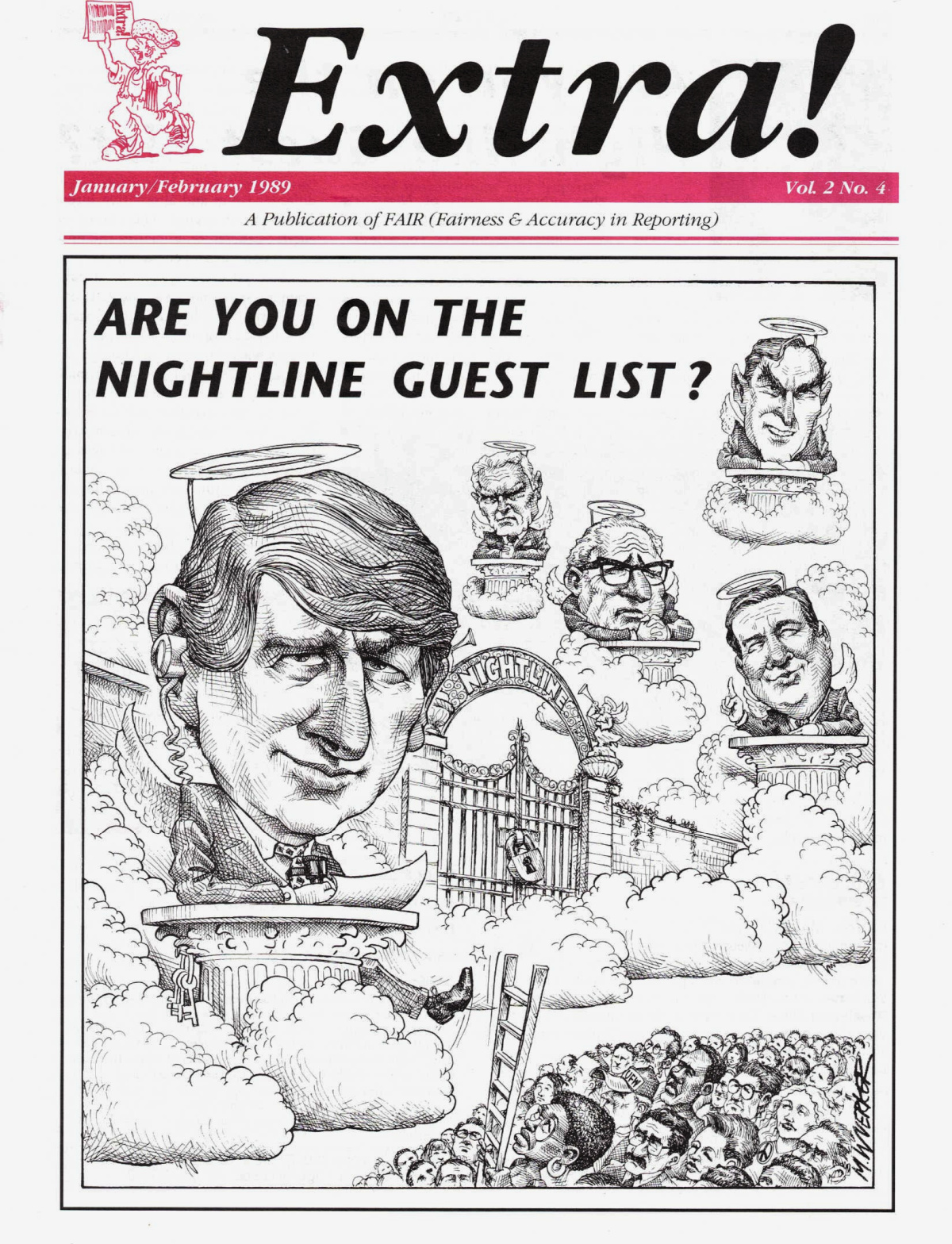 In October 1987, we devoted a 16-page special issue to elite media's Reagan-friendly distortions about the Sandinista revolution, followed a few months later with a devastating 18-point "Questionnaire for the New York Times on its Central America Coverage" (Extra!, 1–2/88). The chapter-and-verse document, which was special-delivered to Times editors, exposed systemic bias — asking why, for example, assassinations of progressive leaders in El Salvador or Honduras received far less prominent coverage than the brief detention of right-wing oppositionists in Nicaragua.

In a written response and in a public debate at Columbia University, Times editors referred to our questionnaire as an "indictment." That was one Times assessment whose accuracy we couldn't challenge.

In our efforts to budge mainstream news outlets, it soon became clear to us that shaming them (especially in other mainstream forums) was often a more effective tactic than persuasion. When FAIR launched, the most prestigious U.S. TV news show was Ted Koppel's "Nightline" on ABC. In the first of many systematic and impactful studies, FAIR published an analysis of 40 months of "Nightline's" guestlist (Extra!, 1–2/89), which exposed blatant pro-conservative and pro-militarist biases, and the exclusion of female guests and people of color.

Our study received strong coverage in hundreds of dailies. A mainstream African-American columnist took to referring to Nightline as "Whiteline." A Pennsylvania daily published a photo of Koppel interviewing Kermit the Frog, with the sarcastic caption: "Ted Koppel makes a rare appearance with a member of a minority group on 'Nightline'."

Still critiquing after all these years

It's been more than two decades since I left FAIR's staff. Every day, I beam like a proud papa at the brilliant work FAIR churns out — online, in Extra!, on CounterSpin. When I'm on the road lecturing, I still run into activists who boast of having "every issue of Extra! from the beginning."

To this day, people still mistakenly thank me for the latest first-rate critique from FAIR. Sometimes I correct their misimpression that I have a hand in FAIR's great work 35 years later. Sometimes I don't. But all the time, I tell FAIR's many fans to do three things: Spread the word, join the battle, and donate.