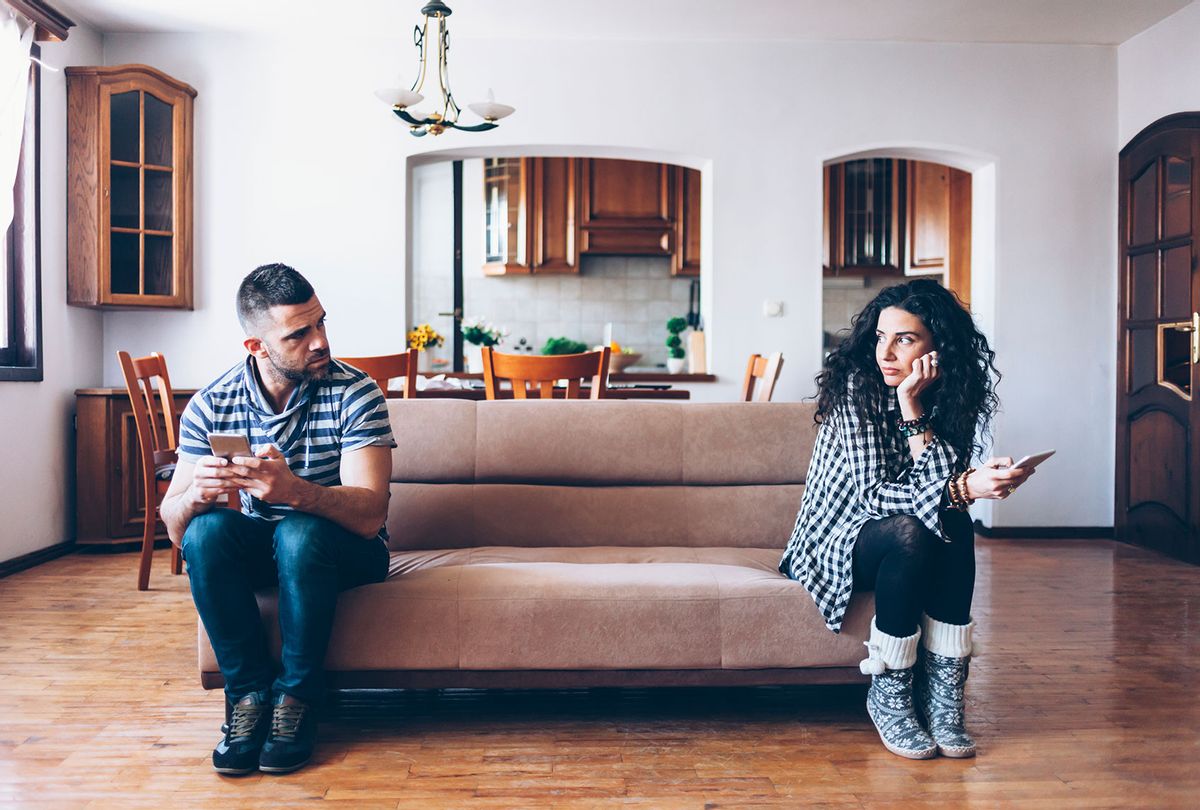 It's no secret that the COVID-19 vaccine has led to opposition among lawmakers from both sides of the aisle. But now the vaccine opposition has invaded the homes of many Americans and is causing a rift between married couples.

In fact, according to Huffpost, the COVID opposition is so damaging, couples are on the brink of divorce as a result of it. The publication detailed the problems some married individuals are facing as a result of their spouse's opposition to the COVID vaccine.

One account in particular focused on the marital problems plaguing a couple only identified as Shane and Lucy. At the onset of the pandemic, the couple was on the same page when it came to taking the proper steps to stay safe. They prioritized, mask-wearing, social distancing, and sanitizing. But as time progressed, Shane's views began to shift.

According Lucy, Shane "did a 180" as he reportedly became engulfed in the belief systems of conspiracy theorists.

"Shane spent months cooped up inside on YouTube and Facebook, where a vortex of coronavirus conspiracy theory videos was waiting for him. Many declared that the virus was nothing to fear — that it was the vaccines he should really be afraid of. Before long, he was also tuning into the increasingly malicious disinformation networks Newsmax and OAN, which regularly rehashed the lies he'd been fed online."

As for the COVID vaccine, Shane reportedly believes "that those who've been vaccinated can 'shed' deadly toxins onto unvaccinated people in their vicinity."

Lucy, on the other hand, is described as "a 59-year-old metastatic breast cancer patient." While her husband has such warped beliefs about the efficacy and safety of the vaccine, Lucy sees being vaccinated a matter of life and death due to her condition.

Although she did opt to get vaccinated, that decision is one that her husband is unaware of.

"Everything fell apart last year," said Lucy, who now hides her COVID vaccination card in a safe deposit box. "I don't even know who he is anymore."

Then, there is Anthony and Carrie. Not only are they clashing on aspects of the pandemic but also other controversial issues like QAnon conspiracy theories which have shaped his seemingly warped belief system.

Their marriage took a disturbing turn when Carrie revealed she had been vaccinated and that she'd also taken her eligible children to be vaccinated also.

In fact, he has even threatened to divorce Carrie if she vaccinates their 8-year-old daughter.

"He thinks I'm murdering our kids. He believes it hook, line and sinker — I don't know how he makes it through the day," said Carrie, who also sarcastically said, "At least you'll be alive for the remaining children." At that point, Anthony began to embrace the conspiracy theory about "shedding."

As the pandemic continues, more misinformation is being circulated which only contributes to the types of conspiracy theories that are dividing homes. In fact, a number of Republican leaders and lawmakers this week sounded off about misinformation and how it sows fear and doubt about the COVID vaccine.

Although many states had taken steps to ease COVID mitigation restrictions, the Delta variant has many concerned about what lies ahead as states are reporting alarming uptick in coronavirus cases.