"The time to fight like hell for democracy is right now. We may not get another chance" 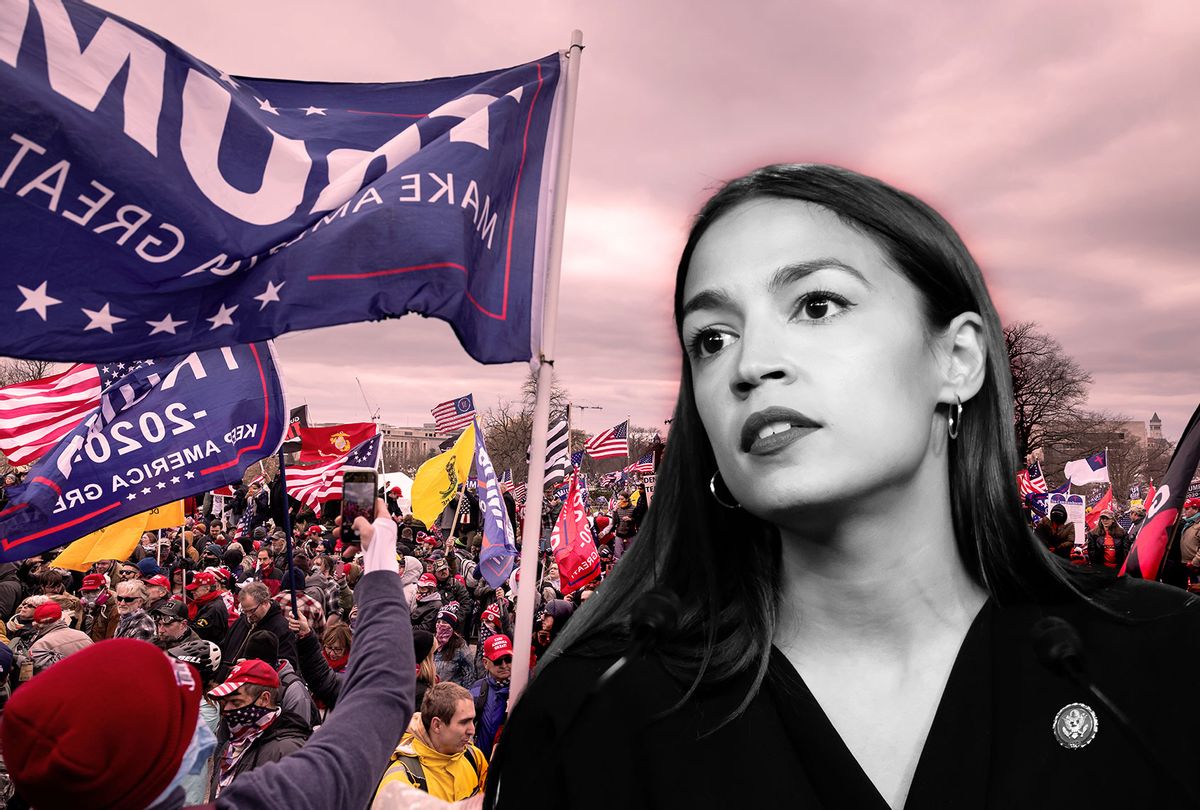 Imploring the Democratic leadership to act before it's too late, Congresswoman Alexandria Ocasio-Cortez warned Monday that the Republican supporters of newly enacted state-level voter suppression laws are laying the groundwork to overturn election results in the near future.

The New York Democrat joined the chorus voicing concern over the national Democratic Party's emerging plan to try to "out-organize" GOP-authored voter suppression laws—a strategy that civil rights organizations have said is doomed to fail in the absence of federal action to protect ballot access.

"Communities cannot 'out-organize' voter suppression when those they organize to elect won't protect the vote," Ocasio-Cortez tweeted. "Even if they do out-organize, the ground is being set to overturn results."

"The time to fight like hell for democracy is right now," she added. "We may not get another chance."

According to a report (pdf) released last month by a trio of advocacy groups, 14 Republican-led state legislatures—animated by former President Donald Trump's incessant lies about widespread voter fraud—have implemented at least two dozen new laws this year that could "politicize, criminalize, and interfere in election administration."

In Arizona, the report notes, H.B. 2800 would "require the legislature to come into special session after each election and potentially overturn the result."

"Texas' S.B. 7 also forges a new, perilous path in overturning election results," the analysis continues. "It creates a new category of election litigation if the case involves allegations of fraud conducted by a candidate or affiliates of the candidate. Under the new provision, a losing party may file an election contest and allege fraud. He or she is then only required to prove that fraud occurred by a preponderance of the evidence—in other words, whether the fraud more likely occurred than not. If the number of votes at issue would have been outcome determinative, then a judge can overturn the election 'without attempting to determine how individual voters voted.'"

"This includes allowing the state elections board, now newly controlled by appointees of the Republican state legislature, to appoint a single person to take control of typically bipartisan county election boards, which have important power over vote counting and voter eligibility," the Times observed. "The law also gives the legislature the authority to appoint the chair of the state election board and two more of its five voting members, allowing it to appoint a majority of the board. It strips the secretary of state of the chair and a vote."

Democratic lawmakers and activists are growing increasingly concerned that the draconian new laws could give Republicans an advantage in upcoming elections, imperiling Democrats' narrow control of the U.S. House and Senate.

"If there isn't a way for us to repeat what happened in November 2020, we're f---ed," Nsé Ufot, CEO of the New Georgia Project, told Politico. "We are doing what we do to make sure that not only our constituents, our base, the people, the communities that we organize with, get it. We're trying to make sure that our elected officials get it as well."

Texas state lawmakers are sending a similar message to Democratic members of Congress. Earlier this month, dozens of Texas Democrats fled their statefor Washington, D.C. in an effort to block S.B. 7 and call attention to the need for federal action—specifically, passage of the For the People Act, legislation that would help neutralize state-level voter suppression efforts.

"Republicans have already introduced nearly 400 voter suppression efforts this year," Rep. Pramila Jayapal (D-Wash.), chair of the Congressional Progressive Caucus, said late Monday. "Until we end the filibuster and pass the For the People Act, we're letting them get away with it."

On Tuesday, Texas state Democrats are set to testify before a House Oversight and Reform Committee panel on the urgent necessity of federal voting rights legislation

"It is important for them to know the specific stories that are happening in Texas," state Rep. Rafael Anchía (D-103), one of the roughly 60 Texas lawmakers who made the trip to the nation's capital, said during a recent press conference. "This is happening in real time, and it's very, very dangerous."