Charlie Kirk, Piers Morgan slam Simone Biles as a "selfish sociopath" and "shame to the country" 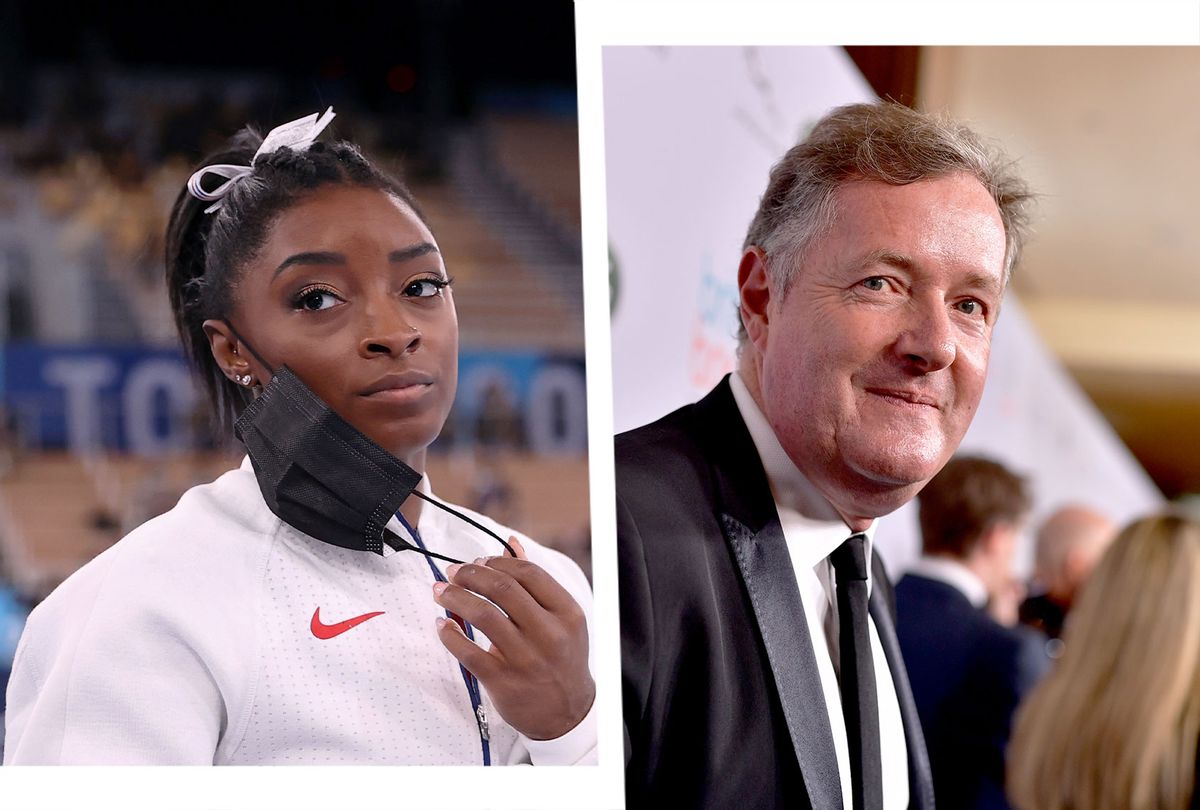 Charlie Kirk is under fire after launching a harsh attack on American gymnastics legend Simone Biles after she withdrew from the women's all-around team final at the Tokyo Olympics on Tuesday.

The conservative activist blasted the four-time Olympic gold medalist calling her "a selfish sociopath" and a "shame to the country" after she withdrew from the event, later citing mental health issues that led her to exit the competition.

Biles told her coach and a team doctor that she was afraid of injuring herself because she was not in the right "headspace" and also didn't want to jeopardize Team USA's chances of winning a medal.

"I'm still struggling with some things," Biles said after the event. "It just sucks when you are fighting with your own head."

"This Olympic Games, I wanted it to be for myself. I came in and felt like I was still doing it for other people. That just hurts my heart that doing what I love has been kind of taken away from me to please other people," Biles also told reporters.

While Biles has received widespread support from prominent figures such as Michelle Obama and Sarah Hirshland, CEO of the United States Olympic & Paralympic Committee, Kirk slammed the 24-year-old gymnast on his podcast The Charlie Kirk Show.

"We are raising a generation of weak people like Simone Biles," he told listeners. "If she's got all these mental health problems: don't show up."

Biles' decision to step back from the Olympics also upset former Good Morning Britain host Piers Morgan, who suggested Biles dropped out over a "poor performance."

"Are 'mental health issues' now the go-to excuse for any poor performance in elite sport? What a joke," Morgan tweeted. "Just admit you did badly, made mistakes, and will strive to do better next time. Kids need strong role models not this nonsense."

Morgan's criticism of Biles comes after the presenter has deliberately singled out another female athlete and woman of color: tennis phenom Naomi Osaka.

Beyond Biles and Osaka, the British host has a history of taking digs at Meghan Markle after she expressed similar experiences with mental health.

Writer David Gardner, tweeted that the TV presenter has defended some public figures dealing with mental health struggles, like footballer Paul Gascoigne, but has called Osaka an "arrogant spoiled brat" when she withdrew from the French Open in May.

News surfaced today that Biles has withdrawn from the final individual all-around competition that was set to take place on Thursday. Her decision means she will not be competing again at the Tokyo Olympics.