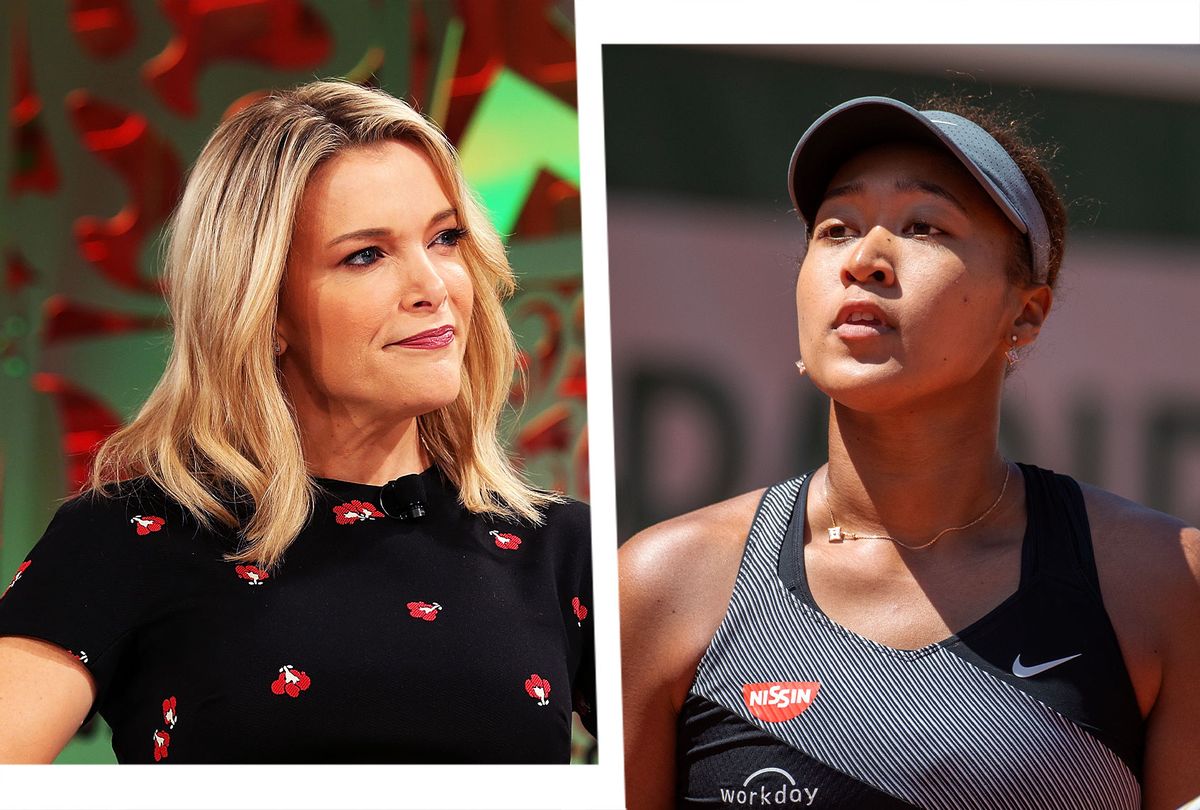 On Monday, tennis super star and mental health advocate Naomi Osaka graced the cover of Sports Illustrated's 2021 issue, alongside Megan Thee Stallion, who made history as the first rapper on the magazine cover, and Leyla Bloom, its first trans model. Osaka herself is also the first Haitian and Japanese woman on a cover.

As widely celebrated as this year's covers have been, conservative political commentator Megyn Kelly had an unsolicited thought or two to share. The former Fox News host, known for previous takes like the necessity of Santa Claus being white, criticized Osaka for gracing the cover of a magazine despite her much publicized departure from the French Open two months ago so she could abstain from the competition's media requirements due to her mental health.

"Let's not forget the cover of (& interview in) Vogue Japan and Time Mag!" Kelly said in a smug quote tweet ignorantly accusing Osaka of hypocrisy. The needless feud initiated by Kelly notably comes just weeks before "The Megyn Kelly Show" talk show is set to air on Sirius XM. This would be her first full-time journalism job since her 2019 exit from NBC, Insider reports.

In a now-deleted tweet, Osaka responded by setting the record straight — and pretty much proving she knows more about journalism than a "journalist" like Kelly. "Seeing as you're a journalist I would've assumed you would take the time to research what the lead times are for magazines. If you did that, you would've found I shot all of my covers last year. Instead, your first reaction is to hop on here and spew negativity, do better Megan [sic]," Osaka wrote.

As Osaka points out, media appearances like cover shoots, or collaborations like the Naomi Osaka Barbie doll, are planned and created months if not over a year in advance before being made public. Osaka's Sports Illustrated covers, Netflix documentary series, and Barbie doll — all of which have been catching heat from mostly conservative critics — were created long before her recent, escalated mental health struggles that barred her from completing the French Open's media requirement, and participating in the tournament itself.

That said, Kelly's critical tweets of Osaka are hardly the slam dunk she seems to think they are, considering Osaka has never said she never plans to participate in media or work with journalists. Quite the opposite, in her statement from the end of May, she brought up her desire to "make things better for the players, press and fans."

Of course, not one to take a hint, Kelly felt the need to continue the feud she'd initiated, even after Osaka had opted for the high road and deleted her tweet and blocked Kelly. "Poor @naomiosaka blocked me while taking a shot at me (guess she's only tough on the courts)," Kelly wrote. "She is apparently arguing that she shot her many covers b/4 publicly claiming she was too socially anxious to deal w/press. Truth is she just doesn't like Qs she can't control. Admit it."

Kelly, of course, isn't the only media personality who felt the need to mock and belittle someone struggling with mental illness. English TV personality Piers Morgan tweeted of Osaka's Sports Illustrated cover, "ANOTHER magazine cover for brave inspiring Naomi! No wonder she had no time for beastly media press conferences!" Following Kelly's self-important announcement that she'd been blocked by Osaka, Morgan chimed in via tweet: "Yep, and she just blocked me too. The only media Ms Osaka wants to tolerate are sycophantic magazine editors telling her how perfect she is."

Morgan and Kelly were just two of many mostly white, middle-aged right-wing media personalities who felt compelled to dunk on a 23-year-old Black and Japanese athlete for a magazine photoshoot she shot months ago. It's unclear what point if any they were trying to make here. Rather than make a point, Kelly and Morgan's tweets come off as a desperate and racist ploy for attention through tearing down a trailblazing Black woman, who's courageously been open about her struggles with anxiety and depression. If Kelly is so desperate to talk about the "truth," it's as simple as this: Kelly is a right-wing "journalist" who was fired from NBC three years ago after defending blackface as appropriate for Halloween, and Morgan himself left ITV's "Good Morning Britain" after backlash for his racist harassment of Meghan Markle, another Black woman who's openly struggled with mental health and suicidal ideation. In contrast with these two, Osaka is one of the most decorated and talented athletes in the world.

Where Kelly and Morgan share a long history of tearing down women of color, and especially Black women, and generally spewing racist conspiracy theories and gossip on the interwebs, Osaka has been paving the way for other athletes not just through her brilliant tennis abilities, but also her championing of the importance of prioritizing mental health. The dominant sports culture has long taken advantage of athletes' labor, and bred entitlement among media and fans to total, unfiltered access to athletes. In challenging this culture, Osaka is inspiring athletes around the world and all people with mental health struggles to be unapologetic about doing what they need to do to take care of themselves, and be unafraid to ask for what they need.

As cruel and heinous as Kelly's attacks on a woman who's been open about her mental illness may be, her ultimate insignificance can be summed up by Osaka's flippant misspelling of Kelly's name. "Do better Megan," indeed.