“They investigated themselves. That doesn’t work. Fox News had an outside investigators," she tells Tucker Carlson 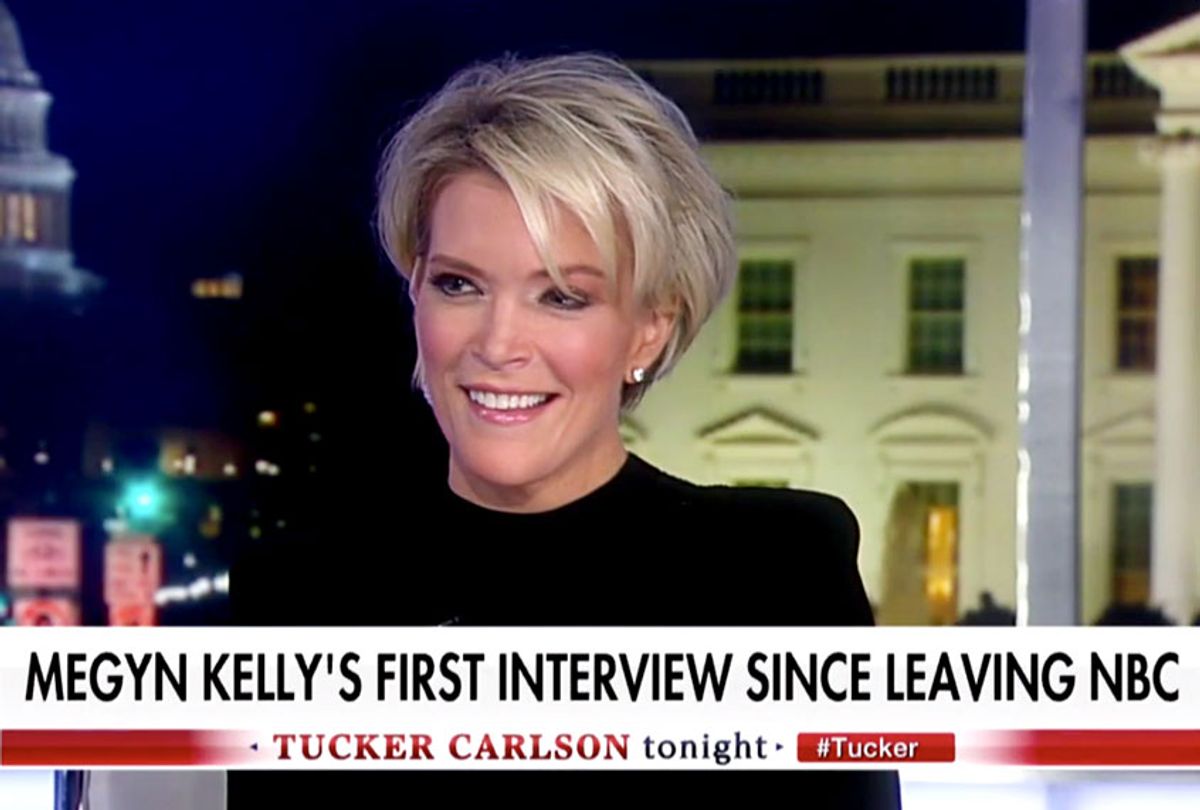 In her first TV interview since being fired by NBC News, Megyn Kelly publicly called for an outside investigation into her former employer.

Kelly resurfaced Wednesday night across Sixth Avenue at Fox News, the right-leaning outlet she walked away from in an attempt to rebrand herself with a self-titled hour of the “Today” show. Kelly lasted at the broadcaster for just half of her three-year contract before she was terminated for suggesting that black face was not racist.

Carlson invited Kelly on his primetime program to discuss the bombshell claims in Pulitzer Prize-winning journalist Ronan Farrow’s new book “Catch and Kill,” which alleges that NBC buried his reporting about Harvey Weinstein that helped spawn the national #MeToo reckoning and covered up the sexual misconduct accusations against Lauer. NBC brass have vehemently these allegations.

"Because here what Ronan is suggesting is that they covered up for one sexual predator — Harvey Weinstein — in order to protect another — Matt Lauer. They deny all of this," Kelly continued. "And NBC has put out several statements saying that Ronan is a conspiracy theorist, and this is all nonsense and he's got an ax to grind."

"If that's true — and there's nothing to hide — then get an outside investigator,” Kelly concluded.

Carlson then asked Kelly if she believed that MSNBC host Chris Hayes, who praised Farrow on his primetime program the day before "Catch and Kill" hit shelves, should fear for his job. During that interview Hayes called Farrow's reporting "the kind of journalism that you want to do as a journalist."

NBC News President Noah Oppenheim rejected the reporting in Farrow's book earlier this week, claiming to employees in a memo that “Farrow’s effort to defame NBC News is clearly motivated not by a pursuit of truth, but an axe to grind. It is built on a series of distortions, confused timelines, and outright inaccuracies."

Because the announcement about Kelly's return to Fox News occurred in the immediate aftermath of longtime anchor Shepard Smith's exit from the network, speculation swirled that Kelly could be returning to the station that helped make her famous. A Fox News representative told Mediaite, however, that “Megyn Kelly’s forthcoming guest appearance on Tucker Carlson Tonight was coordinated weeks ago and is a one-time occurrence. Any future programming changes we are considering do not involve her.”

Kelly's star rose as she received praise for confronting President Donald Trump about his story of misogynistic comments during the 2016 presidential cycle. She was also instrumental in drawing attention to sexual misconduct at Fox News when she worked there. She has publicly discussed how Fox News founder Roger Ailes sexually harassed her, as well as a number of other employees.

Her career took a downward turn, however, when she suggested that blackface was not racist on her eponymous hour of "Today."

You can watch the full segment here via Fox News: