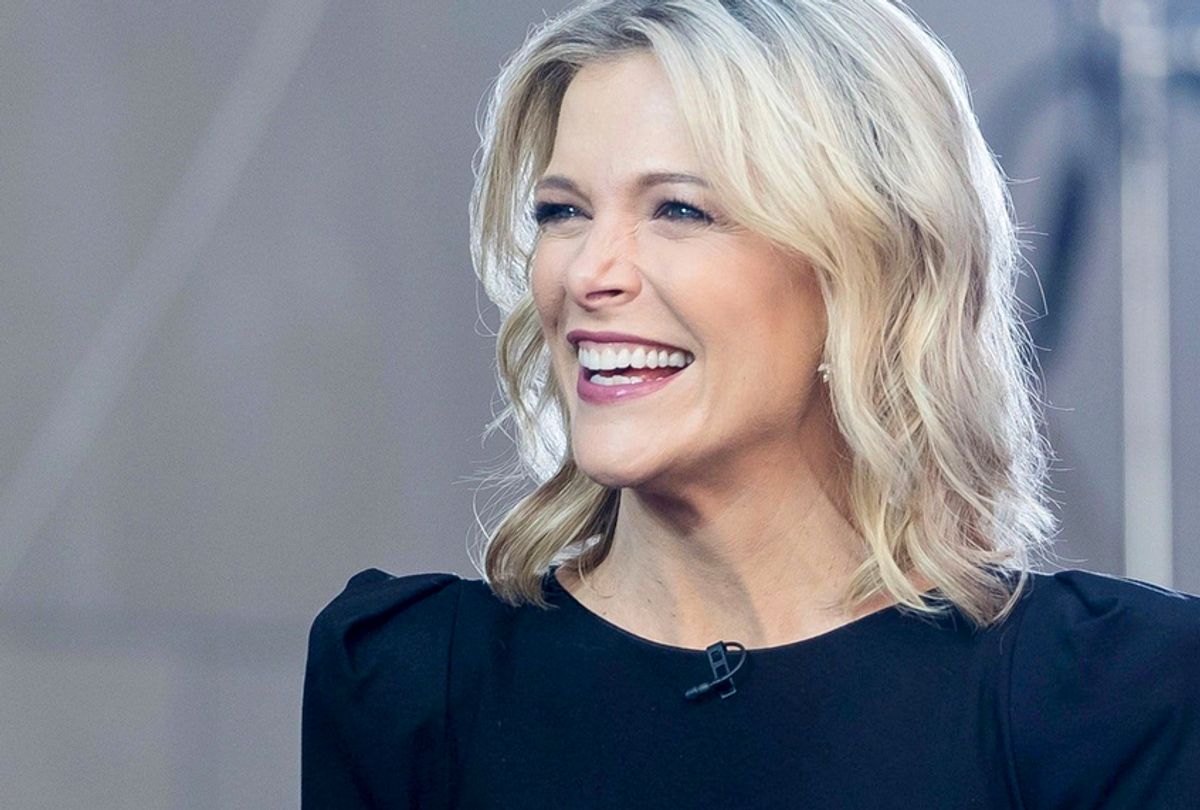 Megyn Kelly will return to Fox News — for one night only.

Tucker Carlson revealed Monday that he had landed Kelly's first TV appearance since NBC News fired her for suggesting that black face was not racist on the third hour of its venerable "Today" show franchise.

As he announced his big booking, Carlson noted that NBC News has found itself embroiled in a scandal of its own amid the publication of a book by former staffer Ronan Farrow, which alleges that the network squashed the explosive story about the disgraced Hollywood mogul Harvey Weinstein that catalyzed the #MeToo movement and covered up sexual misconduct allegations against its former star anchor Matt Lauer. Kelly played an instrumental role in the ouster of Fox News founder Roger Ailes, who was accused of sexually harassing a number of employees, herself included.

Kelly's return to Fox News was unveiled days after one of Fox's few news anchors, Shepard Smith, cut ties with the network. However, Fox News told Mediaite in a statement that “Megyn Kelly’s forthcoming guest appearance on Tucker Carlson Tonight was coordinated weeks ago and is a one-time occurrence. Any future programming changes we are considering do not involve her.”

In "Catch and Kill," Farrow claims that NBC management not only knew about Lauer’s alleged misconduct but also covered it up. He told "Good Morning America" anchor George Stephanopoulos on Friday that “there were seven non-disclosure agreements" and "multiple ones of those were with Matt Lauer accusers.” Farrow further claimed that Weinstein knew about the allegations and insinuated that he would reveal it if the accusations against him were published.

Although the network denies both allegations, former NBC News producer Rich McHugh, who worked with Farrow for almost a year on the Weinstein story, backed his colleague’s claims writing in Vanity Fair that the network had "behaved more like members of Weinstein’s PR team than the journalists they claim to be."

Kelly rose to prominence in some circles after questioning President Donald Trump about his history of misogynistic comments about women during the 2016 elections. Trump claimed to much outrage that Kelly had “blood coming out of her wherever” when she had grilled him.

But not too long after she packed up her office to move across the street 30 Rockefeller Plaza, Kelly quickly courted a big controversy of her own. Her defense of blackface drew attention to previous racist remarks she had made during her tenure with the right-leaning cable network, including describing anti-racism protesters as “thugs” and claiming that both Jesus Christ and Santa Claus were both white. It was also reported that staff members were unhappy with her public statements about Lauer, among them: “I know too much that others don’t know.”