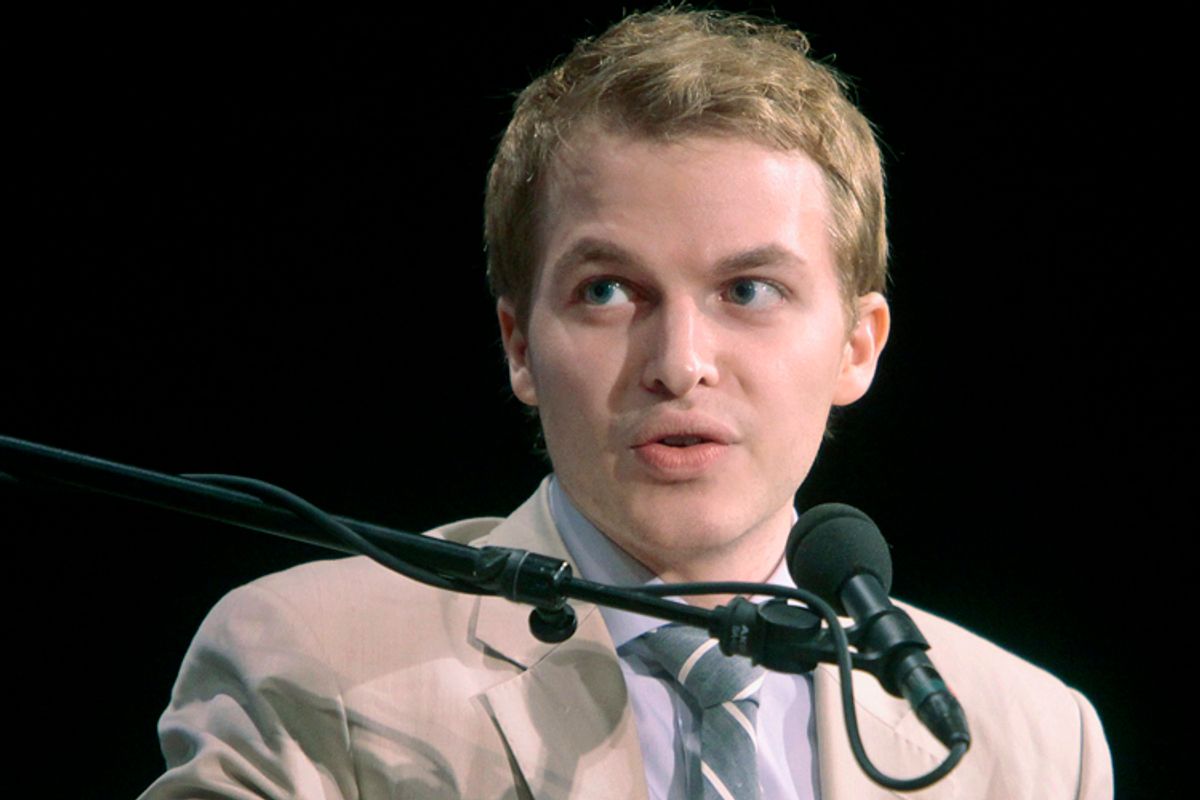 NBC is responding to Ronan Farrow's new book — which claims that the network quashed his reporting on rape accusations against movie producer Harvey Weinstein to protect Matt Lauer, who faced similar accusations — by dismissing it as a "smear."

In a memo sent to NBC employees on Monday and obtained by The Hollywood Reporter, NBC News President Noah Oppenheim argues that Farrow's upcoming book "Catch and Kill" is a "smear" and "rests on the allegation that NBC’s management knew about and took steps to hide Matt Lauer’s misconduct before his firing in November of 2017." It also dismisses the accusation that the network "squashed" Farrow's reporting into the rape accusations against Weinstein in order to protect Lauer as a "conspiracy theory."

The memo adds, "Farrow alleges there were employees who reported Lauer’s behavior prior to November of 2017 and were paid settlements to silence them. Not only is this false, the so-called evidence Farrow uses in his book to support the charge collapses under the slightest scrutiny."

The memo also claims that the network's legal team had only found three examples of accusations against Lauer before 2017 and that all of them "involve employees who by their own admission made no complaint to management, and whose departure agreements were unrelated to Lauer and completely routine."

Oppenheim concludes by writing that "Farrow’s effort to defame NBC News is clearly motivated not by a pursuit of truth, but an axe to grind. It is built on a series of distortions, confused timelines, and outright inaccuracies."

In Farrow's new book, he claims that Oppenheim was dismissive of his reporting about Weinstein and characterized a recording of Weinstein admitting to having groped an Italian model as "not national news," according to the Los Angeles Times. Farrow also writes that in September 2017 Weinstein met with Dylan Howard, chief content officer of American Media Inc., to go over material gathered by the supermarket tabloid about Lauer’s behavior. According to Farrow, Weinstein knew about Lauer's alleged behavior and said that he could reveal it.

NBC executives claim that Farrow had already taken his reporting to the New Yorker when the Weinstein-Howard meeting supposedly took place. Farrow's series of stories about Weinstein for that publication eventually won the Pulitzer Prize.

While Oppenheim continues to deny attempting to thwart Farrow's story, former NBC News producer Rich McHugh backed Farrow’s assertions in a piece for Vanity Fair which confirmed that Farrow had been told to "stand down" when he tried to interview one of Weinstein's victims. McHugh wrote that the network "behaved more like members of Weinstein’s PR team than the journalists they claim to be."

Oppenheim himself has come under scrutiny after The Daily Beast learned about a 1997 editorial he wrote for The Harvard Crimson in which he denounced NBC's decision to fire sportcaster Marv Albert after he pleaded guilty in a sexual assault case.

"His accuser, a woman who previously had been convicted of harassing and threatening to kill an ex-boyfriend, was permitted to remain shielded in anonymity while the intimate details of Marv's personal life were plastered across the headlines," Oppenheim wrote at the time. "It is certainly a noble goal to protect the victims of sexual assault from mistreatment in the courtroom, but why should Marv's past conduct have been subject to the closest scrutiny, while Perhach's character history have remained off-limits?"

Oppenheim responded to scrutiny for his column by saying he was "mortified" by what he wrote "couldn’t be more sorry" for having done so.