The notion that the network tried to "cover up any aspect of Lauer's conduct is absolutely false," Andy Lack says 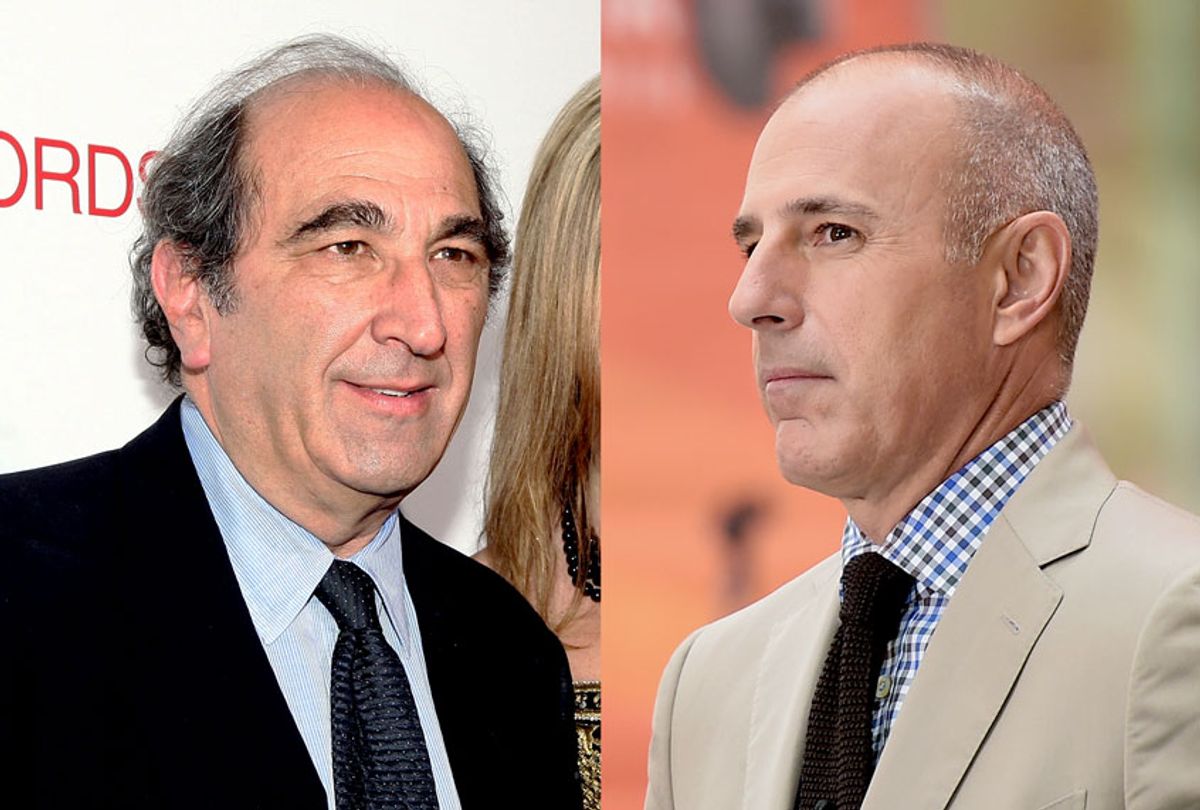 As the chairman of NBC News sought to quash suggestions of a "cover up" of Matt Lauer’s alleged sexual misconduct, one of the former star anchor's “Today” show castmates publicly came forward to say she believes his rape accuser.

“Any suggestion that we knew prior to that evening or tried to cover up any aspect of Lauer's conduct is absolutely false and offensive,” Lack wrote in the communication, which was obtained by The Daily Beast.

“Brooke Nevils is a credible young woman of good character. She came to NBC News an eager and guileless 20-something, brimming with talent,” Curry wrote on the social media platform. “I believe she is telling the truth. And that breaks my heart.”

Curry, whose forced departure from “Today” was blamed on Lauer in the media, was not the only current or former NBC staffers who spoke out following recent developments in the news. One NBC News employee told The Daily Beast that “I honestly want to throw up,” while another network staffer said the news organization’s reputation “took a serious hit."

“The initial response was as good as could've been expected,” the staffer continued. It'll take more to recover, though.”

In a statement to NBC News, Nevils accused Lauer of “victim blaming.”

“His open letter was a case study in victim blaming . . . I am not afraid of him now, regardless of his threats, bullying and the shaming and predatory tactics I knew he would (and now has) tried to use against me,” Nevils wrote.

Former NBC host Linda Vester expressed similar disgust with Lauer’s response, writing for The Daily Beast that “I want to state emphatically for the record: Women do not step forward to expose a predator for wealth and notoriety. That’s laughable. The pain, exhaustion and sleepless nights are already so great, no one wants to add to their shame by being in the press.”

Vester has accused former NBC News anchor Tom Brokaw of sexual misconduct, while Nevils' complaint to the network was the catalyst for Lauer's termination back in 2017. Nevils went public for the first time in an upcoming book by journalist Ronan Farrow, which details her allegation that Lauer raped her while the two covered the 2014 Winter Olympics in Sochi, Russia.

In an excerpt of “Catch and Kill” published Wednesday in Variety, it was revealed that Nevils ran into Lauer while sharing drinks with co-anchor Meredith Vieira at a hotel bar. Nevils claims that she wound up visiting Lauer’s hotel room twice — first to retrieve a press pass which the anchor had stolen from her as a prank, then because he invited her back a second time. Nevils alleges that Lauer pushed her against a door while wearing an undershirt and boxer shorts, then anally raped her despite her repeated attempts to say no.

Lauer has described the encounter as part of a consensual extramarital affair, with Nevils claiming that she had a series of  “transactional” sexual encounters with Lauer after the incident because she was afraid of his ability to harm her career.

“This is what I blame myself most for,” Nevils told Farrow, adding that she allegedly told a number of colleagues and superiors at NBC about what had happened — and that it was “no secret.”

Through his lawyer, Lauer denied Nevils’ accusations as "categorically false" and devoid of "common sense.”