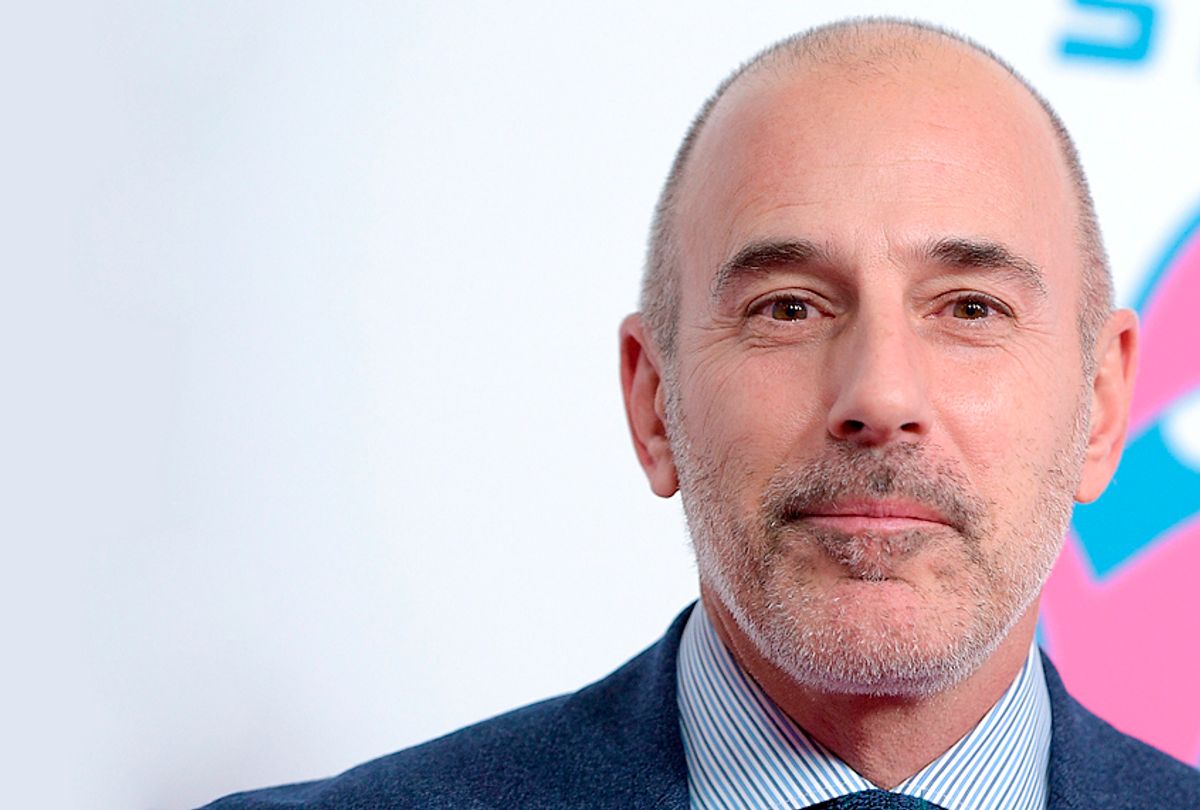 An upcoming book from the journalist Ronan Farrow reveals that Matt Lauer, the disgraced former anchor of NBC’s “Today” show, allegedly raped a colleague during the 2014 Winter Olympics in Sochi, Russia.

When Lauer was fired from NBC about two years ago, a statement issued by the network said his termination came after an employee filed a complaint about "inappropriate sexual behavior in the workplace.” Until now, the identity of the employee had been kept anonymous.

In Farrow’s “Catch & Kill,” which comes out next week, former NBC employee Brooke Nevils speaks publicly for the first time about her alleged encounters with Lauer. In excerpts of the book published Tuesday in Variety, Nevils claims that she was drunk when Lauer invited her up to his hotel room while they were both in Sochi.

Lauer proceeded regardless, according to Farrow. “Lauer, she said, didn’t use lubricant. The encounter was excruciatingly painful. "‘It hurt so bad. I remember thinking, 'Is this normal?’" She told me she stopped saying 'no,' but wept silently into a pillow.”

Once they returned to New York, Nevils and Lauer had more sexual encounters. According to Nevils, she was worried about the hold Lauer had over her career.

“‘This is what I blame myself most for,’” she says to Farrow. “It was completely transactional. It was not a relationship.”

He continued: “This encounter, which she now falsely claims was an assault, was the beginning of our affair. It was the first of many sexual encounters between us over the next several months. After we returned to New York, we both communicated by text and by phone. We met for drinks, and she met me at my apartment on multiple occasions to continue our affair.”

Following the fall of Harvey Weinstein and the rise of #MeToo, Nevils’ former “Today” colleagues ultimately approached her about Lauer in 2017, according to Farrow. She was urged to go to NBCUniversal human resources with a lawyer; Lauer was fired soon thereafter.

Lauer's former colleagues on "Today" covered the information revealed in the published excerpts this morning.

"This is shocking and appalling," anchor Savannah Guthrie responded. “And I honestly don't even know what to say about it. We're disturbed to our core.”

NBC issued a statement as well, saying that “Matt Lauer's conduct was appalling, horrific and reprehensible, as we said at the time. That's why he was fired within 24 hours of us first learning of the complaint. Our hearts break again for our colleague.”

In addition to the allegations against Lauer, “Catch & Kill” covers Farrow’s investigation into Harvey Weinstein and how society protects — and reveals — serial abusers. It hits store shelves on Oct. 15.