The music icon took to Twitter after the rapper's comments drew fire from fans, the music industry and Dua Lipa 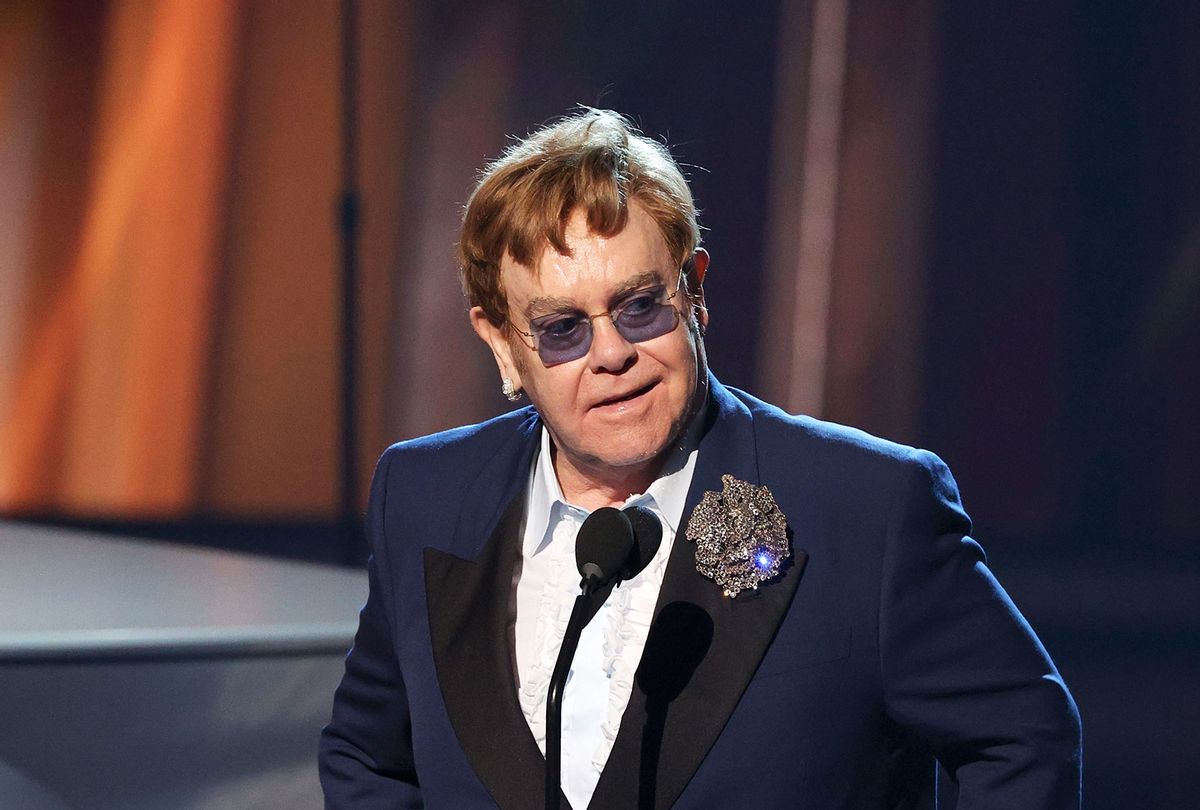 Complex reports that when the rapper took the stage Sunday at Rolling Loud Miami, he made widely criticized homophobic comments to the audience: "If you didn't show up today with HIV, AIDS, or any of them deadly sexually transmitted diseases, that'll make you die in two to three weeks, then put your cellphone lighter up . . . Fellas, if you ain't sucking d**k in the parking lot, put your cellphone lighter up."

In a Wednesday morning Twitter thread, John, who isn't usually particularly active on social media, condemned DaBaby's homophobia and misinformation. The first tweet shares a graphic from the Elton John AIDS Foundation that reads, "HIV misinformation and homophobia have no place in the music industry. We must break down the stigma around HIV and not spread it."

John's subsequent tweets note that "HIV has affected over 70 million people globally: men, women, children, and the most vulnerable people in our communities," as well as the disproportionately high HIV rates among gay Black men.

"Stigma and shame around HIV and homosexuality is a huge driver of this vulnerability," John adds. "We need to break down the myths and judgments and not fuel these."

Further, he corrected one of DaBaby's false claims that HIV and AIDS "make you die in two to three weeks." John tweeted that "you can live a long and healthy life with HIV. Treatment is so advanced that with one pill a day, HIV can become undetectable in your body so you can't pass it onto other people.

"Homophobic and HIV mistruths have no place in our society and industry and as musicians, we must spread compassion and love for the most marginalized people in our communities."

On Tuesday evening, shortly after John shared his Twitter thread, DaBaby finally apologized for the homophobic and inaccurate tirade, despite previously lashing out in an Instagram Live earlier that day. In his apology tweet, DaBaby said, "Anybody who done ever been effected by AIDS/HIV y'all got the right to be upset, what I said was insensitive even though I have no intentions on offending anybody. So my apologies... But the LGBT community . . . I ain't trippin on y'all, do you. y'all business is y'all business."

DaBaby also criticized the people discussing his comments online by claiming what happened at his shows was between him and his audience members, and adding, ​"​I wasn't going on a rant. That's called a call to action. That's what that's called, cause I'm a live performer. I'm the best live performer."

John isn't the only celebrity or music icon to speak out about DaBaby's Rolling Loud comments. Dua Lipa, whose hit "Levitating" features a verse from DaBaby, shared in an Instagram story on Tuesday, "I'm surprised and horrified at DaBaby's comments. I really don't recognize this as the person I worked with. I know my fans know where my heart lies and that I stand 100% with the LGBTQ community. We need to come together to fight the stigma and ignorance around HIV/AIDS." Lipa has performed and collaborated with John on numerous occasions, and is also widely beloved by LGBTQ fans.

It seems DaBaby has been stepping in controversy often these days. His set at Rolling Loud notably directly followed beloved fellow rapper Megan Thee Stallion, and he brought artist Tory Lanez on stage to perform with him despite how Lanez faces charges for having shot Megan in the foot last summer.

Nonetheless, DaBaby's homophobic comments at the festival have drawn the most attention — now, all the more so, with an icon like Elton John shining a light on the harmful inaccuracies of his words. Certainly, mocking and belittling victims of the HIV/AIDS pandemic while performing before a maskless crowd of thousands in a state where COVID-19 has been on the rise is . . . an interesting choice from DaBaby.