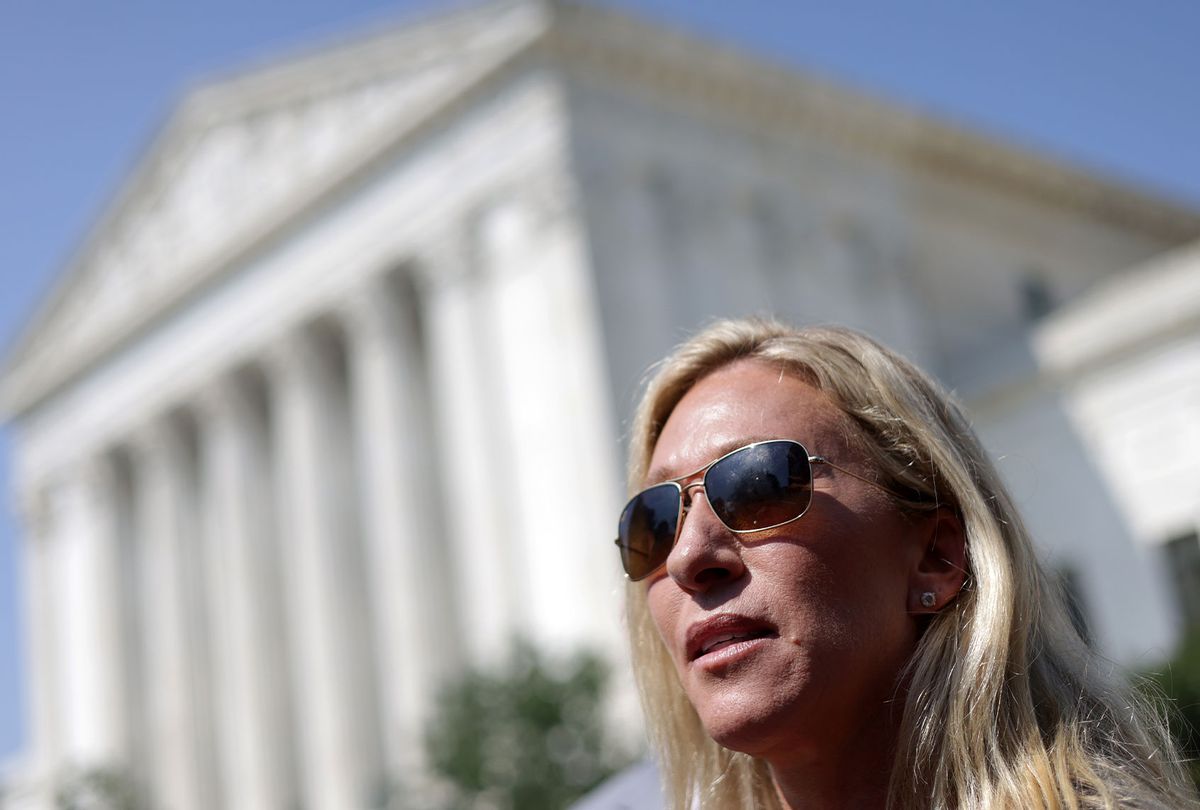 According to an intriguing but unverifiable report in Vice News, the father of a survivor of the 2018 Marjory Stoneman Douglas High School shooting in Parkland, Florida, later developed the belief that the massacre was a "hoax" and the shooter was a "commie actor."

The story in Vice News chronicles a former Parkland student identified only as "Bill," who says his father was gradually radicalized during the coronavirus pandemic by conspiracy theories spread by QAnon believers and prominent far-right figures like Rep. Marjorie Taylor Greene, R-Ga. Bill claims his father went from being an anti-masker to a full-blown conspiracy believer.

"It started a couple [of] months into the pandemic with the whole anti-lockdown protests," the former Parkland student told Vice News. "His feelings were so strong it turned into facts for him. So if he didn't like having to wear masks, it wouldn't matter what doctors or scientists said. Anything that contradicted his feelings was wrong. So he turned to the internet to find like-minded people, which led him to QAnon."

Vice reports that Bill was a member of the "final graduating class of survivors of the 2018 shooting," and that nine of the 17 people killed were his classmates. Bill initially shared his story on a Reddit board, writing, "Back in January [his father] saw the video of Marjorie Taylor Greene harassing David Hogg (another student) about the shooting being a false-flag operation, and while my dad was already into Q, he'd never gone down that particular rabbit hole, and now he's convinced everything was a hoax and it breaks my fucking heart."

The father further believed, Bill told Vice News, that shooting suspect Nikolas Cruz was "a radical commie actor," and scolded Bill over his perceived reaction to the shooting. "You're a real piece of work to be able to sit here and act like nothing ever happened if it wasn't a hoax," the son recounted his father telling him. "Shame on you for being part of it and putting your family through it too."

Bill is now 18 and has graduated from high school, he told Vice News, and now hopes to end his relationship with his father, writing in his Reddit post that the father he used to know "is completely gone and I miss him so fucking much." He told Vice News he sees no hope of repairing their relationship once and for all, saying, "He'll never stop on his own because there are always new theories and goalposts being moved. ... I don't know how to help someone that far gone."

Vice News says it spoke to Bill and "confirmed [his] claims about being a survivor of the school shooting," but has not clarified how that confirmation was obtained. Salon and other news outlets have been unable to verify Bill's identity or the authenticity of his story.