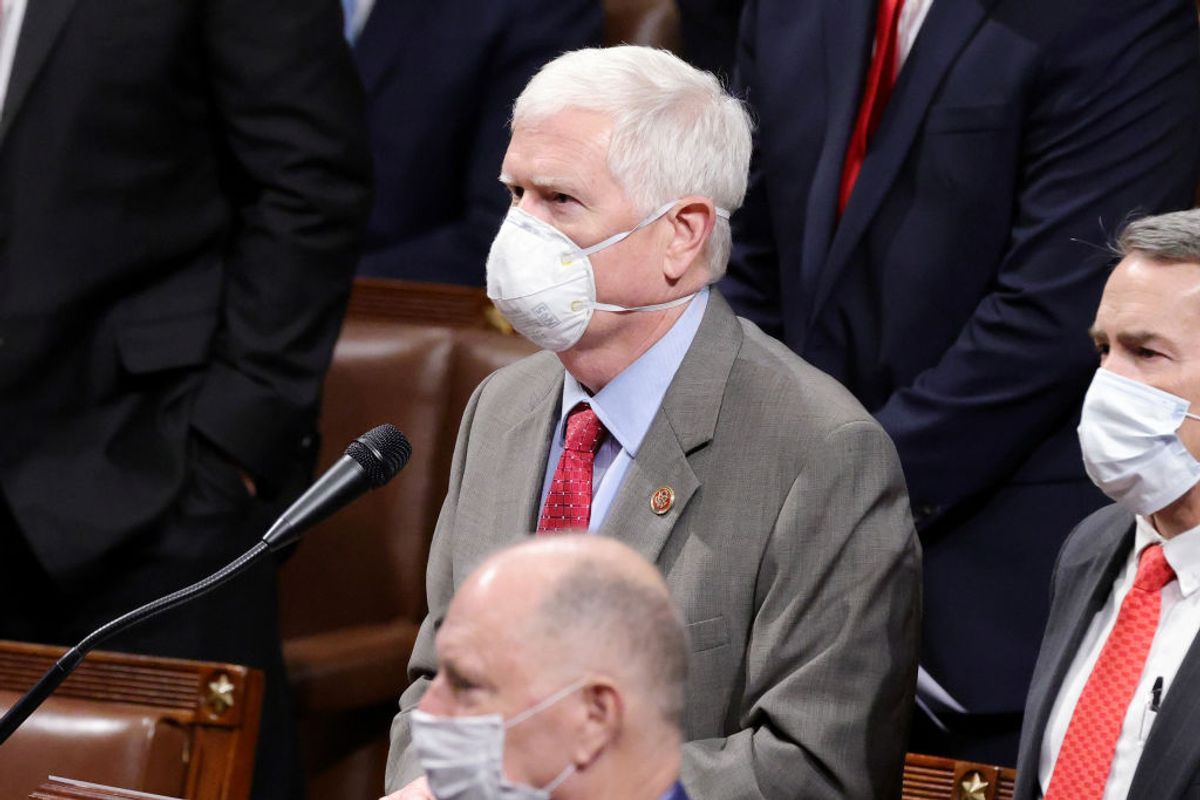 Rep. Mo Brooks, R-Ala., objects to the certification of votes from Nevada in the House Chamber during a reconvening of a joint session of Congress on Jan. 6, 2021 in Washington. (Win McNamee/Getty Images)
--

On Wednesday evening Slate political writer Jim Newell reported that Rep. Mo Brooks, R-Ala., recently revealed to him that he was wearing body armor under his clothes during a speech he delivered at Donald Trump's "Stop the Steal" rally on Jan. 6.

During his notorious speech leading up to the attack on the Capitol, Brooks told the crowd that "today is the day American patriots start taking down names and kicking ass!"

Newell wrote that he encountered Brooks on Wednesday outside the House chamber. During their conversation, Brooks attempted to trash House Speaker Nancy Pelosi, D-Calif., and the House select committee hearing. "The purpose of that committee is not to discern the truth. The purpose is to create political propaganda that may be used in the elections in 2022 and perhaps 2024."

Then Brooks continued to complain to Newell that Pelosi's office wasn't "doing a better job with respect to the Capitol Police and their level of preparation."

"To prove his point about preparation," wrote Newell, "he revealed a new detail to me: that because of a tip he'd received about potential violence, he'd been wearing body armor at the very same Ellipse speech."

"I was warned on Monday that there might be risks associated with the next few days," Brooks said to Newell. "And as a consequence of those warnings, I did not go to my condo. Instead, I slept on the floor of my office. And when I gave my speech at the Ellipse, I was wearing body armor."

"That's why I was wearing that nice little windbreaker," he went on. "To cover up the body armor."

Brooks did not reveal who tipped him off or what "risk" he had been warned about.