Horseshoes and widow's peaks: Why do men go bald in different patterns?

Science can now explain why, where, and how you go bald 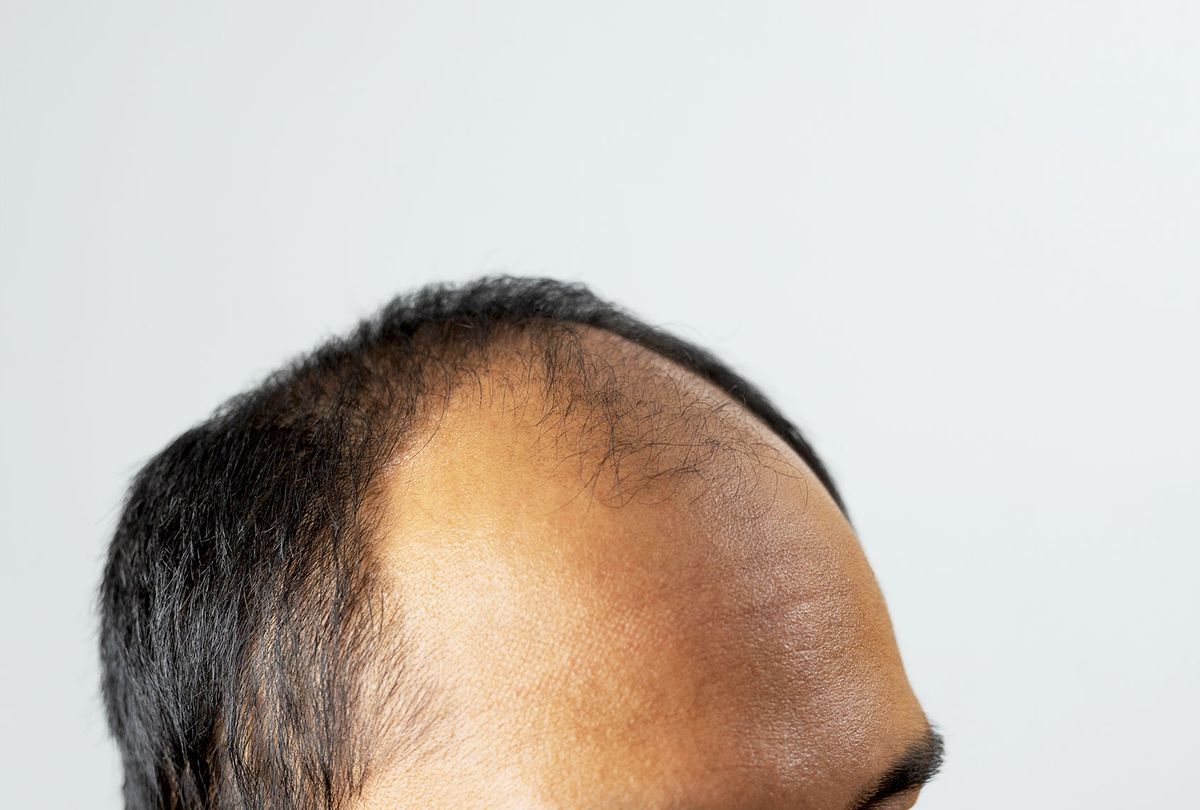 In a 1997 episode of "Seinfeld," a character named Kurt learns to his dismay that he is going bald. His dismay doesn't stem from his aversion to being hairless; in fact, he is a swimmer, and is used to shaving his cranium to better compete. But when he learns that he may become involuntarily bald, he sinks into a state of impulsivity and depression.

While most bald people do not react as poorly as the "Seinfeld" swimmer, the episode does accurately capture a basic truth about male pattern baldness. Indeed, it is not simply that men are self-conscious, but that male pattern baldness imparts a feeling of disempowerment over their appearance.

That sense of disempowerment also stems from the mystery of baldness, and the lack of control over it. It is distressing for any human to feel that one's body is out of one's control, that it is doing things without our consent. Yet science has a sense of why, and how, baldness happens — and why men (and sometimes women) lose power over their hair.

There is, apparently, a connection between a chemical that we associate with masculinity — testosterone — and the looming threat that your hair will start to thin. A man who suffers from male pattern baldness has hair follicles that are sensitive to the testosterone metabolite, or dehydrotestosterone.

Like the color of your eyes or shape of your earlobe, the structure of your hairline is actually quite individual and says a great deal about you. Until recently, scientists didn't have a particularly comprehensive knowledge about different types of hairlines. That's because early major classification systems tended to mostly or entirely study only one race (Caucasian men, Japanese men). In 1975, a dermatologist and hair transplant surgeon named Dr. O'Tar Norwood studied male pattern baldness in over 1,000 males and came up with the system most commonly used today.

According to Norwood's system, most hair loss begins at the temples and gradually recedes back, eventually leaving a peninsula of hair in the middle of the scalp. If the baldness continues, that peninsula will become more narrow while the hair on the crown starts to thin out. If your baldness insists on defoliating your cranium even further, the peninsula will start to shrink the direction of the bald patch on your crown. When the two areas of baldness finally meet, you will be left with nothing but a horseshoe-shaped ring of hair.

There is one variant to this system, which Norwood dubbed "Type A." Its main features are that it deprives the early balding man of that precious peninsula but spares him that initial thinning on the crown. Instead, like a retreating army destined to be court marshaled for abandoning their position, the hair at the front simply gives up the fight and allows a hairless desert of skin to overtake the landscape atop one's skull.

Analogies aside, there are straightforward scientific explanations for why one's hair seems to abandon you. The truth is that, with male pattern baldness, the hair isn't falling off of your head in unusually large quantities. (Hair is supposed to fall out, after all.) It is rather that the hair doesn't grow back as it normally would.

"A few things happen to cause the appearance of balding," Lo Sicco explained. The first is called "miniaturization. "This means the hair shafts are becoming smaller and smaller in caliber (thickness) over time," Lo Sicco continued. The second is "shortening of the growth phase of hair," known as "the anagen phase."

"This means less hair will be on the scalp and will become shorter," Lo Sicco said. "This is because the length of our hair is determined by the length of the anagen phase."

The type of hairline that you wind up with depends on how your biological chemistry impacts the hair follicles at different locations on your head.

Likewise, it turns out there is also a reason that bald men continue growing hair on the back and sides of their head — the "horseshoe" pattern of hair, as sported by celebrities like Larry David and the late James Gandolfini.

"The hair on the top and front of the scalp is susceptible to androgens, however the hair on the back of it is not (occipital scalp)," Lo Sicco wrote. "This theory is known as 'donor dominance,' pioneered by Dr. Orentreich who developed hair transplantation in the US while at the NYU Skin & Cancer Unit."

While it is easy to joke about male pattern baldness, it is not a harmless medical condition. Depending on the stage and severity, baldness has been linked to an increased risk of heart disease (although the extent of that risk is still debated), insulin resistance, high blood pressure and prostate cancer. The exact mechanisms are unknown, however, as much still remains to be learned about the exact mechanisms behind baldness.