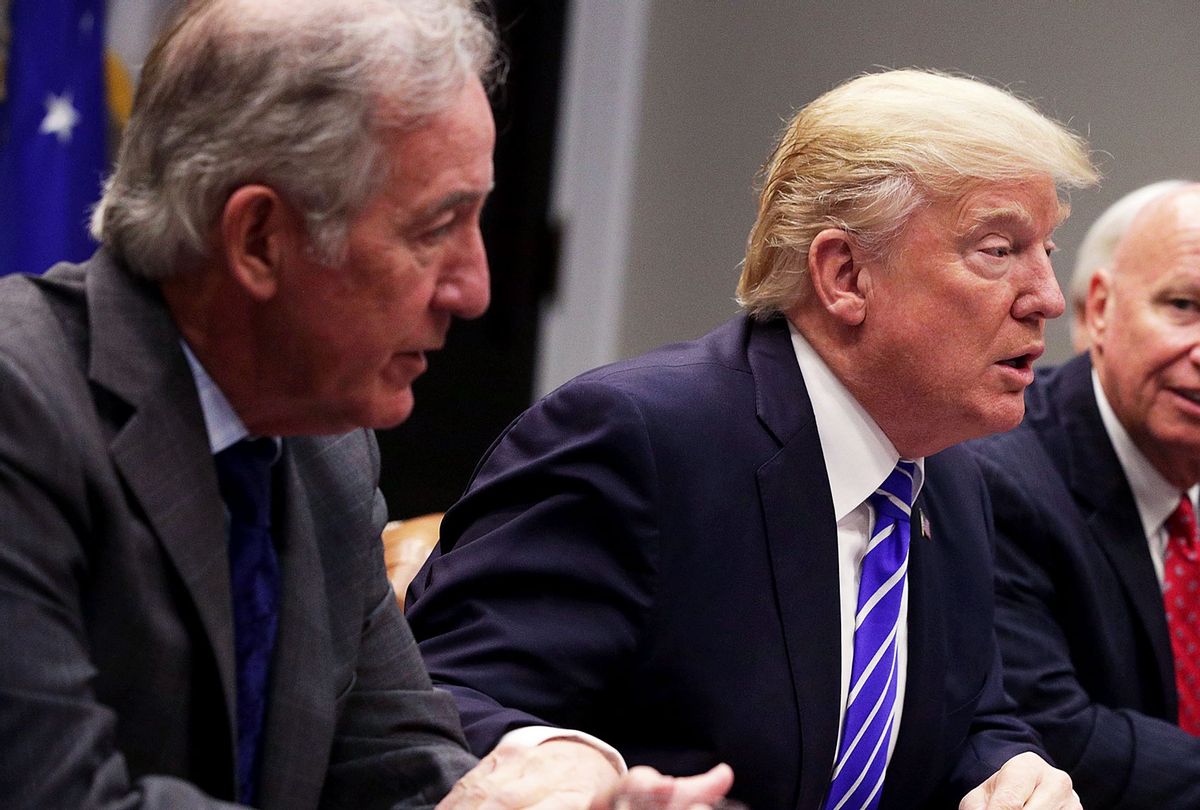 In a pivotal new ruling, the Department of Justice decided that the IRS must hand over Donald Trump's income tax returns to Congress.

The move is a reversal from a 2019 ruling from the Trump-era Office of Legal Counsel which found that House Ways and Means chair Rep. Richard Neal, D-Mass., did not provide a strong enough request to warrant the release.

Trump's taxes are "a plainly legitimate area for congressional inquiry," according to the new ruling. "The Chairman of the House Ways and Means Committee has invoked sufficient reasons for requesting the former President's tax information," the DOJ said this time around, adding: that the "Treasury must furnish the information to the Committee."

"The statute at issue here is unambiguous: 'Upon written request' of the chairman of one of the three congressional tax committees, the Secretary 'shall furnish' the requested tax information to the Committee," the department wrote.