Meghan McCain blows off COVID surge: "I have a higher likelihood of getting shot" in D.C. 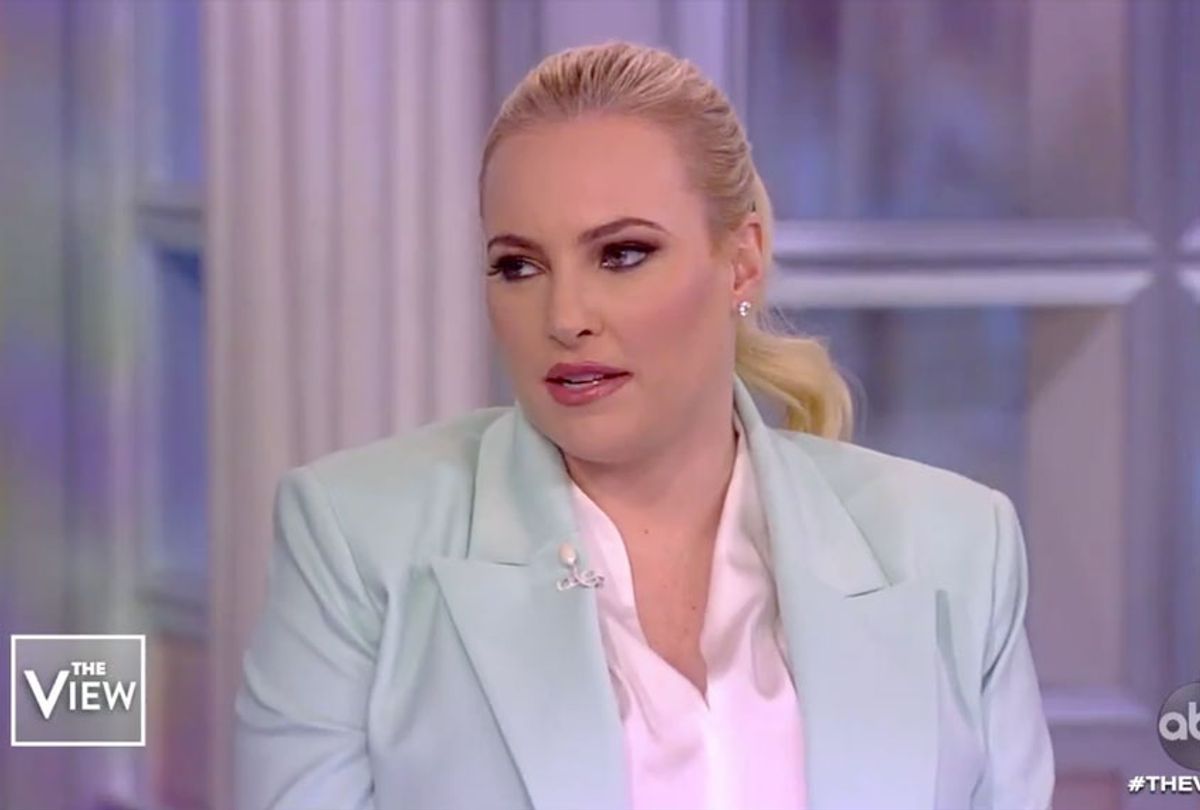 On Friday's episode of "The View," Meghan McCain criticized Democratic lawmakers' focus on defeating COVID-19's delta variant, arguing that Democrats should turn their attention to rising crime rates instead.

McCain struck a defeatist tone when asked by Joy Behar if Americans should manage their expectations regarding the likelihood of returning to a pre-COVID normal, lamenting the CDC's recommendation that vaccinated Americans return to wearing masks indoors.

"I think that the White House should be honest with the American public and say that there is no going back to normal, and taking off the mask was just a ruse, and there'll probably be lockdowns," she said. "This is probably going to be a state-by-state issue, and if you don't want to live under masking, and if you don't want to live under these mandates you're probably going to have to move to a state where they're not going to do it, like Arizona."

McCain went on to criticize Democrats, particularly those in Washington, DC, where she lives, for failing to respond to crime rates, saying "Quite frankly, I have a higher likelihood of getting shot leaving this building than I do of getting COVID."

McCain also took aim at what she views as the Biden administration's lack of outreach to former President Donald Trump, whom she credits with the vaccines' speedy development and distribution.

"At this point, if it's this serious that we're going to lockdown the country and everybody has to wear masks again, including, by the way, two-year olds, you should probably reach out to President Trump or somebody else in Trumpland to get the messaging out, because until then, we're all just being held hostage until this maybe never passes," she said.

Joy Behar pushed back at these comments, saying that Trump shouldn't need to be encouraged to promote the vaccine.

"Nobody's gagging Trump, he can go out and tell his people to get the vaccine," she said. "He doesn't do it."

"Yes, but I think it would be nice to see a bipartisan push formally together and it's just never gonna happen," McCain said.

"I think Biden tries bipartisanship left and right and up the wazoo," Behar shot back. "And nothing ever happens."