"For some reason, Pelosi thinks the storm is coming," McCarthy said during an anti-mask press conference 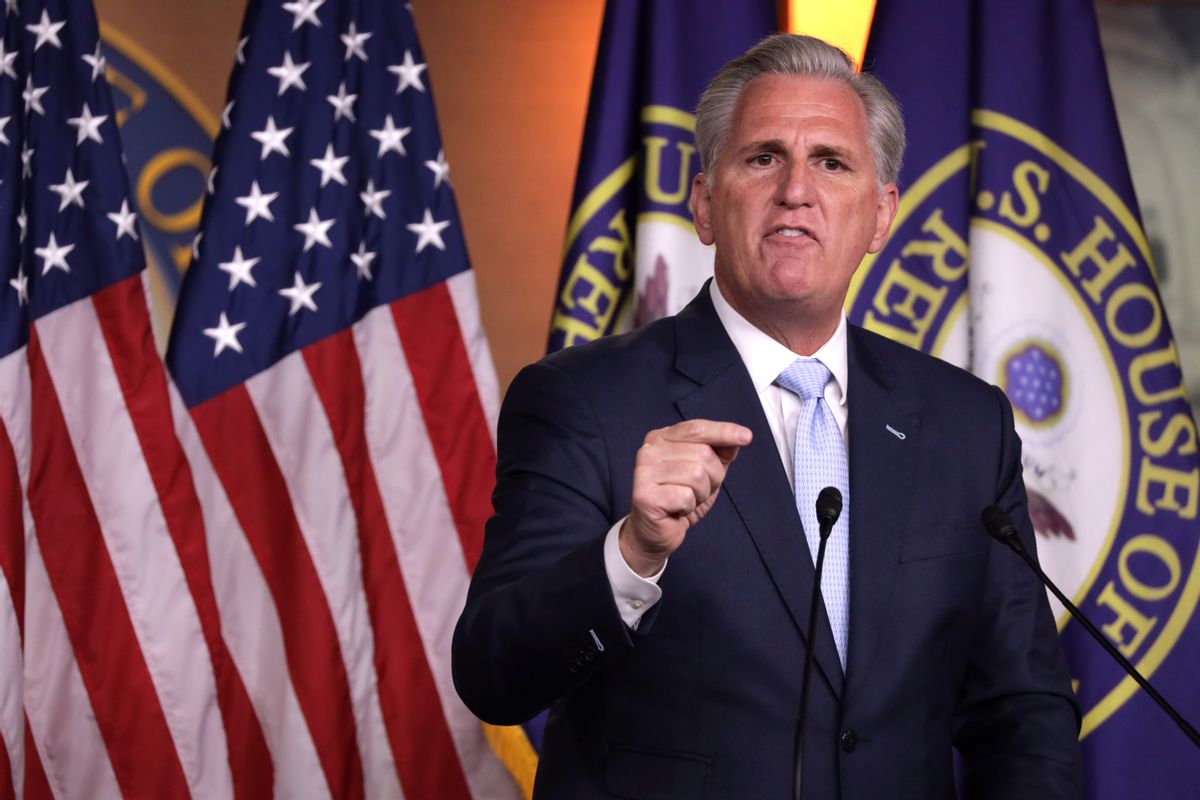 "The storm" is a term that the far-right conspiracy theorists of QAnon are fond of using, and House Minority Leader Kevin McCarthy used that term during a July 29 press conference when he was criticizing House Speaker Nancy Pelosi's support of a mask mandate for the U.S. House of Representatives.

The mandate came from Capitol physician Brian Monahan, and Pelosi has said that she will "honor it." But McCarthy, obviously pandering to anti-masker extremists and coronavirus deniers in the MAGA movement, is vehemently opposed to the mandate. Monahan is calling for the House mask mandate in response to the COVID-19 surge that has been attacking the United States, especially in red states with low vaccination rates.

McCarthy, during his July 29 speech, was standing near Rep. Elise Stefanik — who chairs the House Republican Conference — when he said, "If you are vaccinated and you get the variant, there's .003% you'd go to the hospital. There's a greater chance you'd get hit by lighting. For some reason, Pelosi thinks the storm is coming."

The fact that McCarthy used a QAnon term was not lost on Vox's Aaron Rupar, who tweeted:

Pelosi expressed her frustration with McCarthy's anti-mask views when she told reporters Wednesday, "He's such a moron."