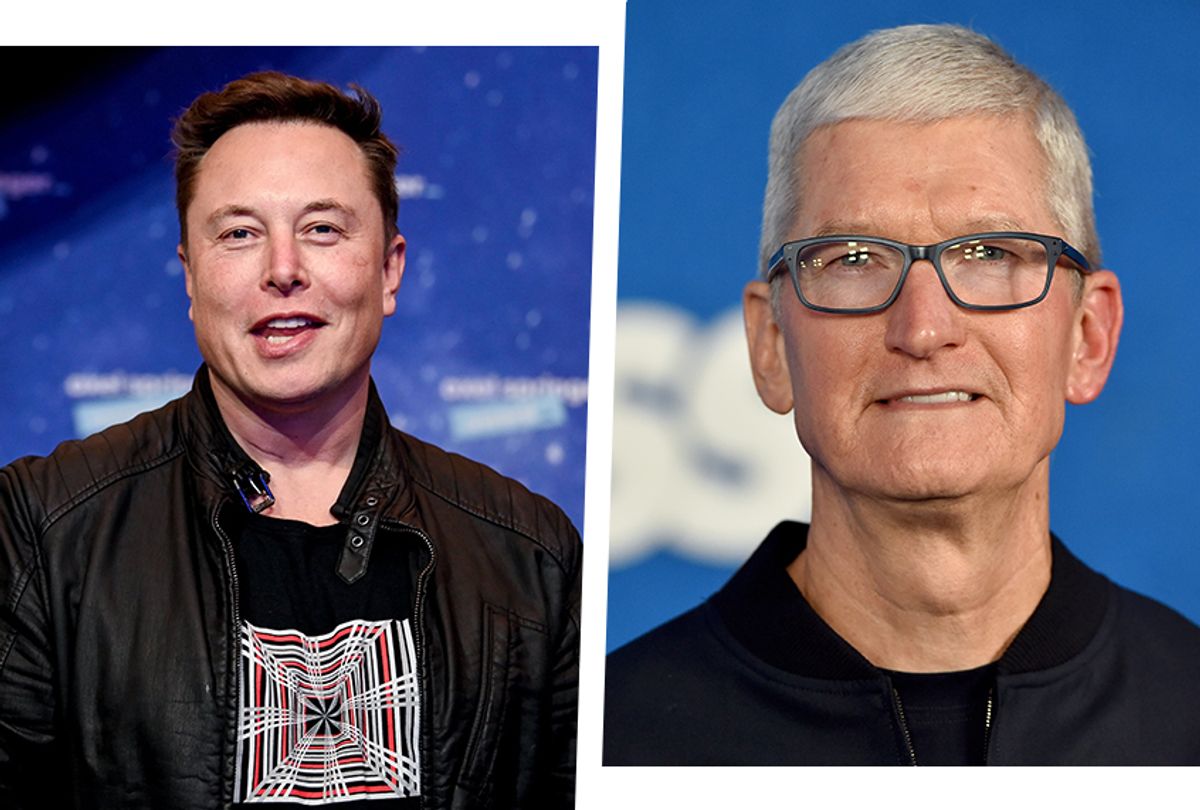 A wild tech story took over the airwaves Friday, with a new book claiming that Tesla head Elon Musk at one point demanded Tim Cook install him as CEO of Apple.

According to a review published by the LA Times of the recently published Power Play: Tesla, Elon Musk, and the Bet of the Century by Wall Street Journal reporter Tim Higgins, Musk made the request during a phone call to discuss Apple acquiring Tesla — a deal the eccentric billionaire and one of the world's richest men said he would only agree to on one condition: "I'm CEO."

"F--- you," Cook reportedly countered, hanging up soon after.

The juicy anecdote went viral, sparking a full-throated denial from Musk, who tweeted: "Cook & I have never spoken or written to each other ever."

"Higgins managed to make his book both false *and* boring," he added.

Nonplussed by the story, Musk later decided to go on the offensive against his rival by tweeting, "Apple app store fees are a de facto global tax on the Internet. Epic is right," a reference to a high-profile antitrust lawsuit filed by Fortnite creator Epic Games. The video game company argues that Apple's heavy-handed control over software developers, via fees on developers that can reach up to 30% of user spending through its app store, constitutes a monopoly.

It was just the latest shot in a running battle between the two tech giants since Apple decided to enter the electric vehicle market by developing an autonomous car division in 2014. Musk has mocked the initiative for years, with remarks like "cars are very complex compared to phones or smartwatches" and that time he referred to Apple's hiring practices as a "Tesla graveyard," where employees who couldn't hack it went after being let go.

In a statement to The Verge, Apple also denied the interaction ever occurred, referencing a New York Times interview from April in which Cook said, "You know, I've never spoken to Elon, although I have great admiration and respect for the company he's built."