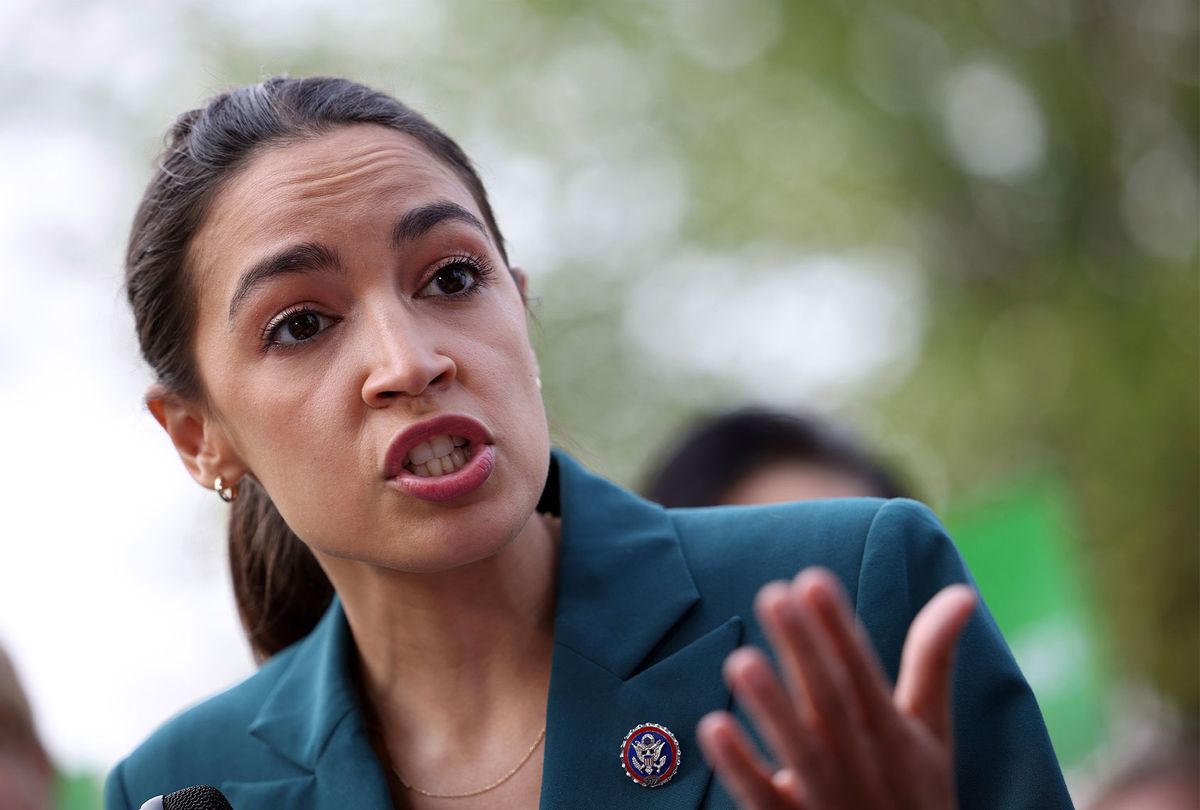 Rep. Alexandria Ocasio-Cortez on Sunday skewered conservative members of the House Democratic caucus who left town for vacation instead of backing an effort to extend the nationwide eviction moratorium that officially expired this weekend, leaving millions of people at imminent risk of being forced out of their homes.

"The House and House leadership had the opportunity to vote to extend the moratorium. And there was frankly a handful of conservative Democrats in the House that threatened to get on planes rather than hold this vote, and we have to really just call a spade a spade," the New York Democrat said in an appearance on CNN Sunday morning, hours after the eviction moratorium lapsed.

"We cannot in good faith blame the Republican Party when House Democrats have the majority," she added.

House Speaker Nancy Pelosi did just that in a series of tweets on Saturday, claiming that she "led a relentless campaign to extend the CDC eviction moratorium" only to be thwarted by the GOP.

"In an act of pure cruelty," Pelosi wrote, "Republicans blocked this measure — leaving children and families out on the streets."

While it's true that House Republicans opposed prolonging the moratorium, the Democratic leadership made it easy for the GOP to sink the proposed extension by attempting to pass it via unanimous consent. With that procedure, just one Republican objection was enough to defeat the extension — and instead of going on to hold a full House vote, Democratic leaders opted to adjourn the chamber for a seven-week recess.

In a letter to her caucus on Saturday, Pelosi noted that House members are "on call" to return to Washington at any point — but she did not say she would reconvene the chamber for a vote on extending the eviction moratorium.

In her CNN interview on Sunday, Ocasio-Cortez stressed that the Biden White House also deserves blame for the lapse of the eviction reprieve, which was first implemented by the Centers for Disease Control and Prevention last September and extended four times thereafter.

"The White House waited until the day before the House adjourned to release a statement asking Congress to extend the moratorium," said Ocasio-Cortez, who accused the Biden administration of not being "forthright" about its position on the moratorium when pressed by lawmakers in recent weeks. "The House was put into, I believe, a needlessly difficult situation."

"So, there's a couple of contributing factors here," she continued. "We have governors here who are also not getting this emergency rental assistance out in time. ... But the fact of the matter is that the problem is here. The House should reconvene and call this vote and extend the moratorium. There's about 11 million people that are behind on their rent, at risk of eviction — that's one out of every six renters in the United States."