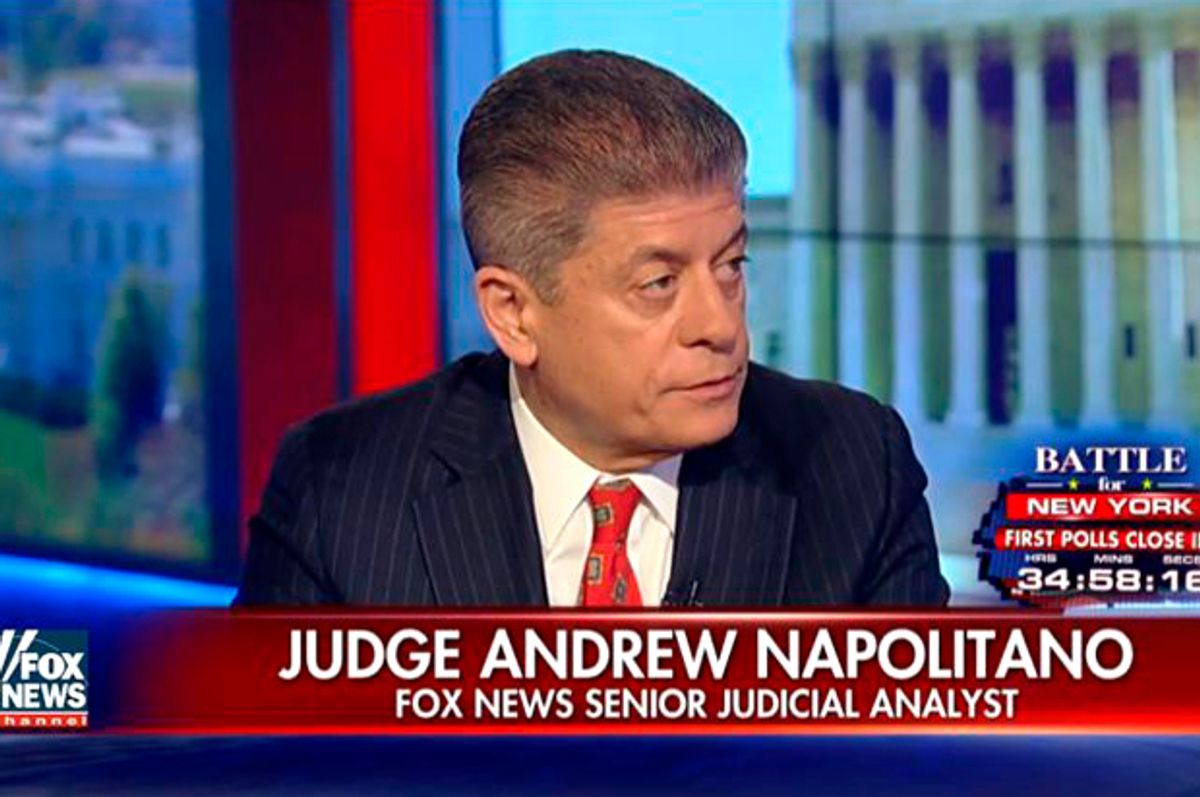 On Monday, AdWeek reported that Andrew Napolitano, Fox News' chief legal analyst, has been fired in the wake of sexual harassment allegations.

"This comes after a lawsuit filed Monday by Fox Business production assistant John Fawcett, who alleges that he was sexually harassed in an elevator by the Judge in 2019," reported A. J. Katz. "In his lawsuit, Fawcett alleges senior execs were aware of the misconduct, but declined to take further action. Fawcett also alleges that Napolitano also harassed other male employees, but HR also declined to investigate those incidents."

Hours after the news of the lawsuit emerged, Fox News announced that it had parted ways with legal analyst Napolitano, although it defended Kudlow against what it said were false allegations.

"Upon first learning of John Fawcett's allegations against Judge Andrew Napolitano, FOX News Media immediately investigated the claims and addressed the matter with both parties," Fox said in a statement. "The network and Judge Napolitano have since parted ways. We take all allegations of misconduct seriously, are committed to providing a safe, transparent, and collaborative workplace environment for all our employees and took immediate, appropriate action. Furthermore, the additional allegations laid out in this claim are completely baseless and nothing more than a desperate attempt at a payday by trying the case in the court of public opinion as the complaint does not meet the standards of the law. We will defend the matter vigorously in court."

Napolitano, an outspoken civil libertarian who frequently criticized both President Barack Obama and President Donald Trump, has a history of accusations. In 2020, the New York Daily News unearthed an allegation that Napolitano sexually abused an arson defendant in his court while working as a judge in the 1980s.