5 of the best pie crust recipes for a flakier, better-tasting slice

From shortening to sour cream, find out which pie crust recipe is the best 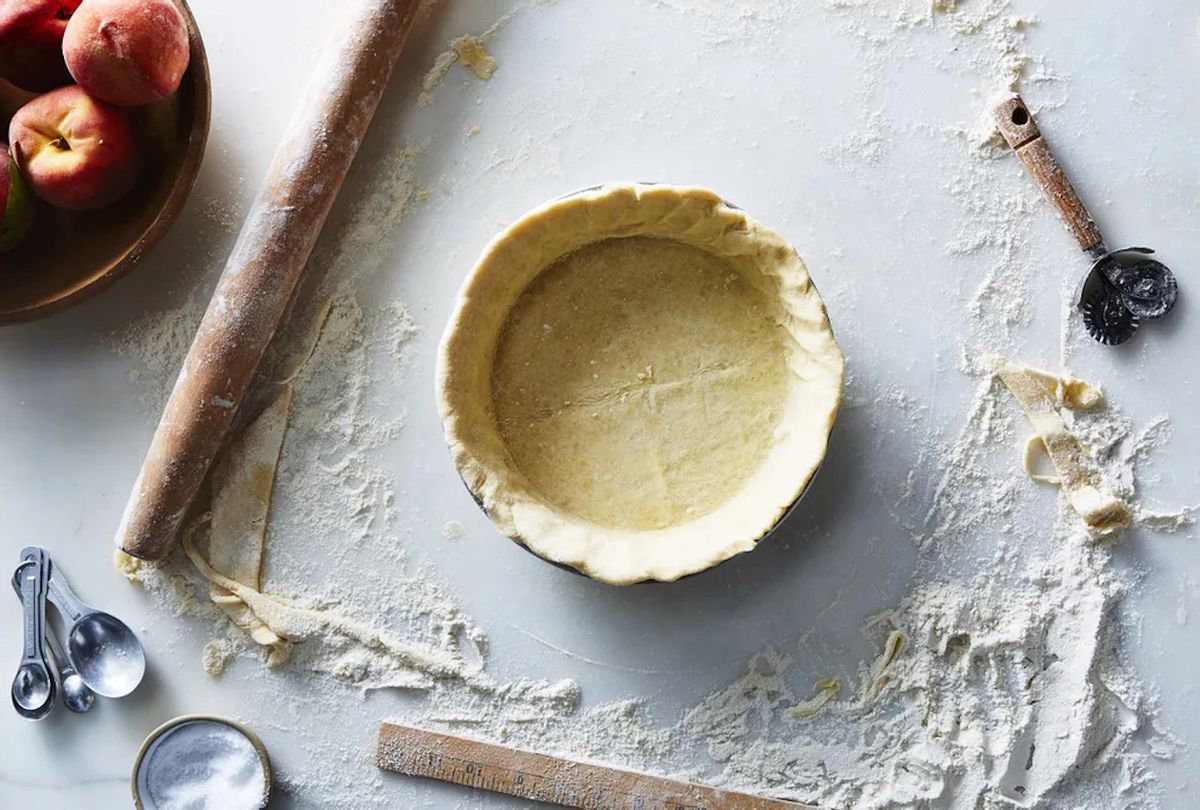 Are you the type who breaks into hives the minute you think about making the perfect pie crust recipe? Or are you the one who stays calm and cool as your pin glides across the pie dough like a Ferrari down the Italian coast? (Or are you the type who's really in it for the eating, not the making? You're welcome here, too. Come one, come all! We've got a slice for you.)

For me, there's no "common" dessert (as in, let's take croquembouche and Baked Alaska out of the running here) that makes me so frantic: The fear is deep-seated; I suspect I was born that way. I will freeze every utensil, every ingredient, that might possibly come in contact with the cantankerous butter; I will stick my hands in an ice bath if I need to! All for the sake of an easy-to-roll, hard-to-flub, guaranteed-flaky-and-buttery pie dough recipe.

But some pie doughs — and my anxiety is primarily dough-related (will it sog? will it shrink? will it altogether implode?) — promise to be more forgiving than others: quick to come together, with minimal guesswork; easy to roll and transfer; and, of course, guaranteed to yield flaky, shattering, crisp results. They call themselves "foolproof," "go-to," "be-all, end-all." Are they?

I've come to favor Rose Levy Beranbaum's cream cheese pie crust (and I crooned its praises last summer), but I was curious about how pie doughs bolstered with other ingredients — like vodka, shortening, vinegar, or sour cream — would compare to a 100-percent-butter classic pie crust recipe.

So I tested five different pie dough recipes to see which one was the best — all-butter, all-butter with the addition of vinegar, butter plus shortening, vodka-spiked, and sour-cream-boosted.

When testing the best pie crust recipe, I wanted to determine:

The ease of assembly and of rolling: How quickly and seamlessly did the dough come together? The flakiness and the flavor: Was this a crust I'd like to munch on sans peach or rhubarb filling?

I cut four small rounds of each type of pie dough, brushed two of every batch with egg wash (those are bottom two rows of the baking sheet — which are across-the-board more appetizing), and baked at 425° F for about 15 minutes, until the dough circles were golden-brown and completely cooked-through. Then, we tasted.

Disclaimer: For my test, I baked the pie crusts as freestanding rounds, but obviously this doesn't take into account how they would have interacted with various fillings — juicy fruits, creamy custards — or, as our resident baking expert Erin McDowell has pointed out, that you might be looking for a mealier, more crumbly crust for a custard pie (pumpkin, lemon cream but flakier, laminated-esque quality for a juicy one. For me, I wanted flaky. It is fruit pie season, after all! Which is the tastiest—and what happened to that weirdo on the right???

Putting the best pie crust recipes to the test

First, what is the best type of butter to use for pie dough? Unsalted or salted? European or Amish or Irish? That's . . . a complicated question, but luckily one we've happily tackled. The takeaway here is that it doesn't really matter for this test — I just stayed consistent with my brands of butter throughout. (The only criteria? It had to taste good, and be pretty cheap. I was baking a lot.)

1. All-butter (and nearly nothing else): These all-butter discs rose so much higher than the shortening pucks. (Egg washed, left; naked, right.) The flattest and toughest of the bunch. (Egg washed on the left, and plain on the right.) From this angle, you really can see that the sour cream dough was remarkably tall and flaky—the layers are visible! The shortening dough was the clear loser. And in the end?

The butter-vinegar crust, for its ingredients and its technique, is my winner. It produced consistently tall, flaky results, and I liked the subtle zip that the vinegar lent to the final crust. It's also easy to turn to this as my go-to: I almost always have apple cider vinegar around. Vodka, sour cream, or my beloved cream cheese? That would probably require a special trip to the store. I'm also inclined to skip the food processor — it's so much harder to control the chunks of butter (and so much easier to take the dough just one pulse too far) when you're involving a powerful machine. My preference is for a combination of tools (they stay cool! they provide more coverage!) and hands.

If I do happen to have sour cream — or I'm baking for a special occasion — I'll make Simply Recipes' version. Shortening, see you never (though commenters, if you'd like to make the case otherwise, my ears are open!). And vodka? I'd suggest that recipe and technique to those who have struggled with all-butter pies in the past. The Genius recipe will enable you to use a food processor without overworking the dough — perfect for those looking for a hands-off, very reliable method.

Now that we've tested the best pie crust recipes, it's time to bake a pie! For Thanksgiving, make a classic like pecan pie, pumpkin custard, spiced apple, or sweet potato using our favorite pie crust made with a combination of butter and vinegar. Come the Fourth of July, make a fruit pie recipe filled with berries (strawberries, blueberries, or blackberries), stone fruit like peaches and nectarines, or even a light and creamy lemon meringue pie.

Of course, you can feel free to use the pie crust recipe included with each of these fruity pies. Or conduct your own test and determine which is the best pie crust recipe based on your taste preferences.

This pie's base is a take on the butter and vinegar crust we talked about above, but with a secret ingredients to give it crunch and a ton of flavor: ground hazelnuts! The filling is a simple, age-old combo of blackberry and blueberry, and on top goes some more hazelnutty pie dough crumbled up with rolled oats.

Flaky, buttery pie crust is laden with mounds of spiced fresh peaches, then scattered with a nutty, oaty crumble topping. The recipe's been in community member Rhonda35's for three generations, so you know it's gotta be good.

Cookbook author and baking expert Rose Levy Beranbaum's done it again — this time, with a dead-simple and highly impactful blueberry pie. The crust is a vinegar–butter number we all know and love, and the filling is pretty much just fresh summer blueberries.

When autumn rolls around, you obviously need a go-to pie recipe — so why not this cider caramel rendition? It's got tart-sweet Honeycrisp apples, just a hint of sugar, and plenty of butter to add creaminess to the filling as it bakes. All this gets swaddled in a double-crust of all-buttah pie dough — yes, even more butter.

Puckery cranberries and woody, earthy sage are paired in this wintertime wonder, and a sweet apple (like a Northern Spy) joins the party, too. An all-butter crust lays the perfect groundwork.

Start with fresh cooked pumpkin purée or the good stuff from a can, then dress it up by caramelizing it in a pan on the stovetop. Add ground cinnamon, ground ginger, and sugar for sugar, spice, and everything nice, plus an ultra-silky mixture of eggs, cream, and milk. Pour the filling into your chosen favorite pie crust and bake.

Our editors call this pecan pie "sweet but not too sweet" and note that it has a "less jiggly filling than most." The combination of dark corn syrup and dark brown sugar ensures that the filling will have rich caramelly notes.