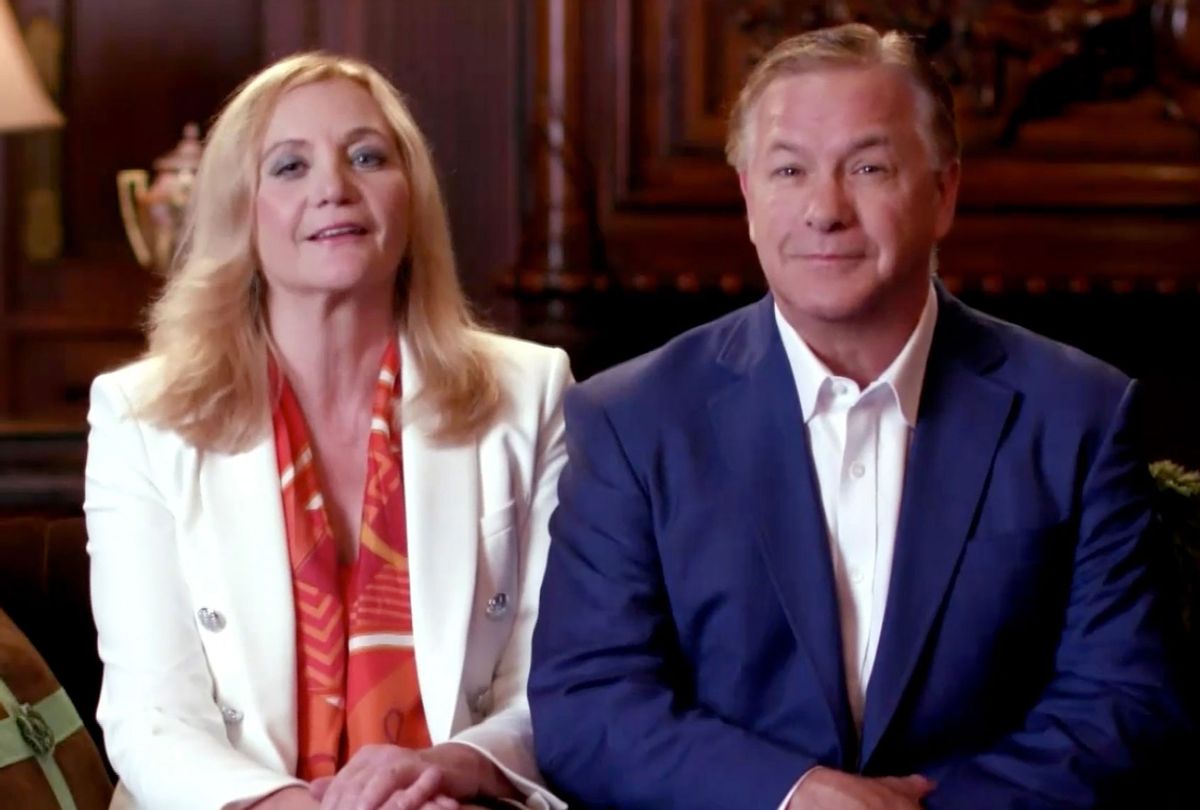 Missouri Gov. Mike Parson, a Republican, is facing criticism after he pardoned the St. Louis couple who waved their guns at a crowd of Black Lives Matter demonstrators but refused to grant clemency to two Black men who have served decades for crimes prosecutors say they didn't commit.

On Tuesday, Parson pardoned attorneys Mark and Patricia McCloskey, who in June pleaded guilty to misdemeanor assault and harassment, respectively, after brandishing an AR-15-style rifle and a handgun at a group of Black Lives Matter protesters en route to protest at the home of then-St. Louis Mayor Lyda Krewson. Prosecutors said the couple threatened a peaceful group that was not armed and did not realize they had wandered into a "private enclave" in June of last year, weeks after the police killing of George Floyd. The couple was forced to pay fines and hand over their weapons in exchange for prosecutors dropping felony charges.

Parson at the time vowed to pardon the couple, who spoke at the 2020 Republican National Convention, even as an unrepentant Mark McCloskey insisted he did nothing wrong despite his plea and vowed that "any time the mob comes and threatens me, I'll do the same thing again to protect my family." McCloskey has since launched a Senate bid premised on his perceived victimization by the justice system.

Parson has backed the couple, telling Fox News' Sean Hannity last year that they had every right to protect themselves and were "being attacked by a political process."

Joel Schwartz, an attorney for the couple, told BuzzFeed News they were "thrilled" and felt vindicated by the pardon."They are looking forward to putting this episode of this life behind them and focusing on Mark's campaign for the US Senate," he said. "Mark has publicly stated that if faced with the same situation, he would do exactly the same thing he did."

One of the peaceful protesters in the group was now-Rep. Cori Bush, D-Mo., who called the pardon "absolutely unbelievable."

Bush on Wednesday said that McCloskey was an "absolute liar."

Bush added that there are others more deserving of a pardon who are still stuck in prison.

The McCloskeys were among 12 pardons handed down by Parson on Tuesday but the governor refused to pardon 62-year-old Kevin Strickland, a Black Kansas City man who has served 43 years in prison after he was convicted by an all-white jury of a triple-homicide that prosecutors say he didn't commit. The key witness in the case recanted her testimony in 2009 and two other men convicted in the shooting named someone else as their accomplice. Earlier this year, state and federal prosecutors reviewed the evidence and concluded that Strickland was innocent.

"It is beyond disgusting that Mark and Patricia McCloskey admitted they broke the law and within weeks were rewarded with pardons, yet men like Kevin Strickland, who has spent more than 40 years in prison for crimes even prosecutors now say he didn't commit, remain behind bars with no hope of clemency," Missouri House Minority Leader Crystal Quade said in a statement. "The contrast between the governor's treatment of these cases should offend every Missourian's sense of justice. It also proves the governor doesn't have one."

Activists have also called for Parson to pardon Lamar Johnson, a Black St. Louis man who was convicted of murder and sentenced to life without parole after an investigation revealed that police made up evidence in the case and prosecutors made secret payments to pressure an eyewitness into providing false testimony. The St. Louis Circuit Attorney's Office in 2019 called for Johnson to get a new trial after he spent more than two decades in prison. Two other people have admitted to the murder but Johnson remains behind bars.

"Do the right thing for once," the Missouri Democratic Party told Parson on Twitter. "Free Kevin Strickland and Lamar Johnson. It honestly couldn't be more straightforward."