Kondo's philosophy poses a threat to a uniquely western, consumerist way of life 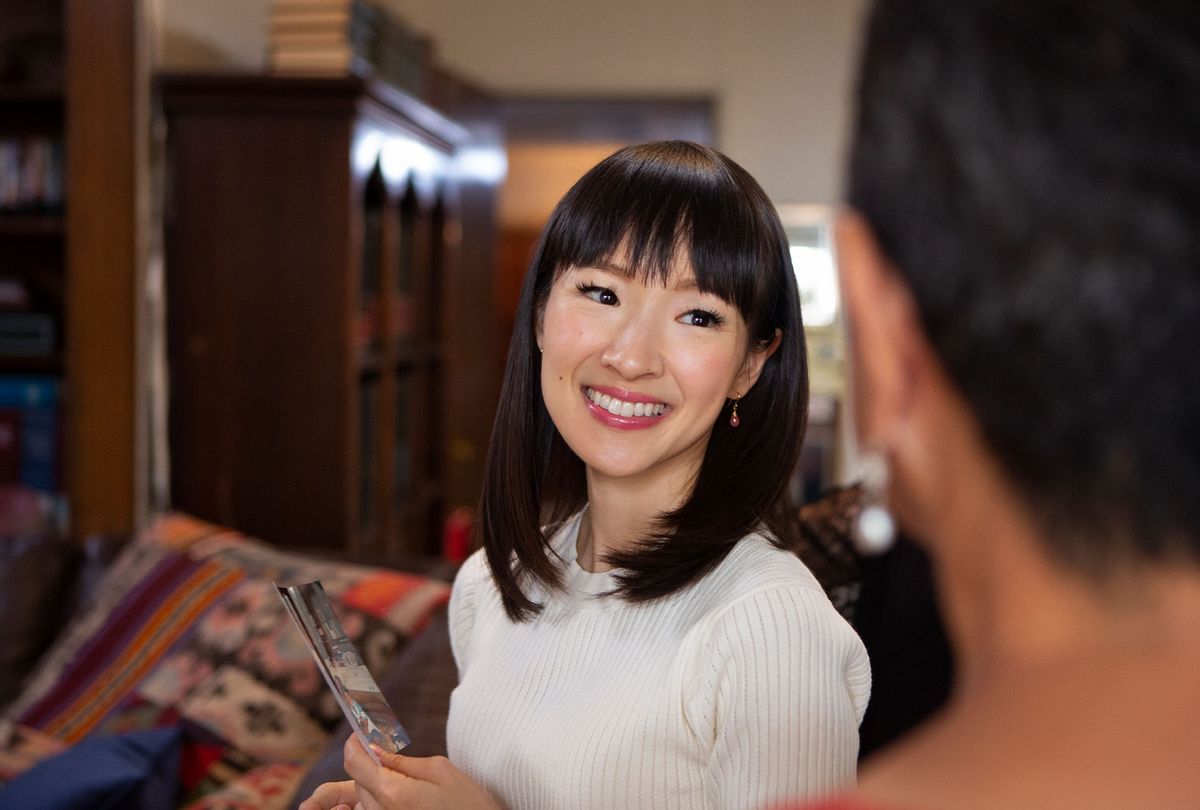 Tidying Up with Marie Kondo (Netflix)
--

With organizing consultant and general lifestyle guru Marie Kondo's return to the small screen in Netflix's "Sparking Joy," premiering later this month, it seems we're in need of another round of clarification on what her philosophy is and is not. A feature in The Walrus published Thursday erroneously equates Kondo with minimalism, which the magazine contends is no longer the style du jour.

"Marie Kondo, the decluttering phenom who encouraged millions to 'spark joy' by throwing out heaps of perfectly good things, was met with substantial ridicule when she began selling "essentials" like silicone head massagers and $61 paperweights on her website," Mireille Silcoff writes.

Kondo, of course, has never told anyone to throw out "heaps of perfectly good things" for no reason. This outcry first arose when her "Tidying Up" series hit Netflix in 2019, but the misconception that she wanted people to toss their beloved books was put to rest. Still, this remains a common error. Her famous philosophy, in which she invites us to purchase and keep only the items that "spark joy," is frequently misinterpreted as a brutal demand that we throw out the majority of our belongings in pursuit of inner peace.

But here's the thing: if all of your belongings do spark joy, Kondo has been pretty clear she thinks you should keep them. If collections of dolls and action figures, a room full of pinball machines, and a closet full of drab clothing items you seldom wear, spark joy for you, keep them.

"Don't focus on reducing, or on efficient storage methods, for that matter. Focus instead on choosing the things that inspire joy and on enjoying life according to your own standards," Kondo writes in her 2011 book, "The Life-Changing Magic of Tidying Up." She insists that we do what we must to reach a point of comfort with our possessions, noting how different that can look for each of us: "For a shoe lover, it might be one hundred pairs of shoes, while a book lover might not need anything but books."

Kondo's philosophy is fundamentally simple, rooted in self-reflection, self-love, and deeper understanding and intuition about what matters to us. Yet, Kondo's words have long been misinterpreted, even demonized, often by white and western critics. She's often treated as a threat to a more traditional way of life, and, hmm, I can't imagine that has anything to do with her race or nationality as a Japanese woman?

If there's anything Kondo is a threat to, it's capitalism, and a consumer culture that relies on frivolity, on brands telling us what we want and need, rather than each of us deciding this for ourselves. The truth is, if we as consumers purchased and kept only the items that we truly loved and connected with, we would be buying a lot less stuff. Brands and corporations would almost certainly suffer from such a shift, and consumers would become the ones with sole power in pursuing only what "sparks joy" for us.

From Amazon's digital marketplace that can deliver whatever item we want within a day, even within hours, to Instagram's recent conversion into an influencer shopping market, companies have been able to thrive off of the digital age of instant gratification. This uniquely western, capitalist compulsion to purchase, own, and amass private property as an individual is obviously threatened by a lifestyle that encourages more thoughtful consumption.

The misrepresentation of Kondo as some fanatical insisting we throw out everything we own feels almost deliberately fearmongering. After all, this week's pro-maximalism feature in The Walrus isn't the first time the Kondo way has been misinterpreted and maligned. Former New York Times food writer Alison Roman — who's more famous for her explosive Twitter conflict with Chrissy Teigen — has accused Kondo of "[selling] out," and "capitalizing on her fame," for creating a line of merchandise. Kondo has, at other points shortly after her first Netflix series in 2019, been called a "monster," and her methods written off as "woo woo nonsense." Author and activist Barbara Ehrenreich tweeted that she "[hates] Kondo because, aesthetically speaking, I am on the side of clutter."

Of course, despite hypocrisy accusations, at no point has Kondo spoken against building a personal brand or selling products, nor has she even come out as anti-clutter, if living in clutter and among a mess of items that spark joy for you is your preferred, self-actualized way of life. Much of western criticism, backlash and even racist and xenophobic attacks against Kondo stem from projection, from what the white, western gaze chooses to see and hear from a Japanese woman who dares to offer advice about seeking fulfillment beyond consumerism.

The reality that simply buying more quantities of stuff without discernment might not bring us fulfillment or happiness is scary — it's certainly scary for the corporations, fast fashion brands and digital marketplaces that owe their success to our indiscriminate purchasing and wasteful consumption. If western society truly understood and embraced her philosophy, Marie Kondo would pose a significant threat to a uniquely western, consumerist way of life — and that's why her detractors are so determined to ensure we don't understand.

"Sparking Joy" will be available to stream Aug. 31 on Netflix.