Mexico has filed a lawsuit against 11 U.S. arms companies for "negligent and illicit commercial practices 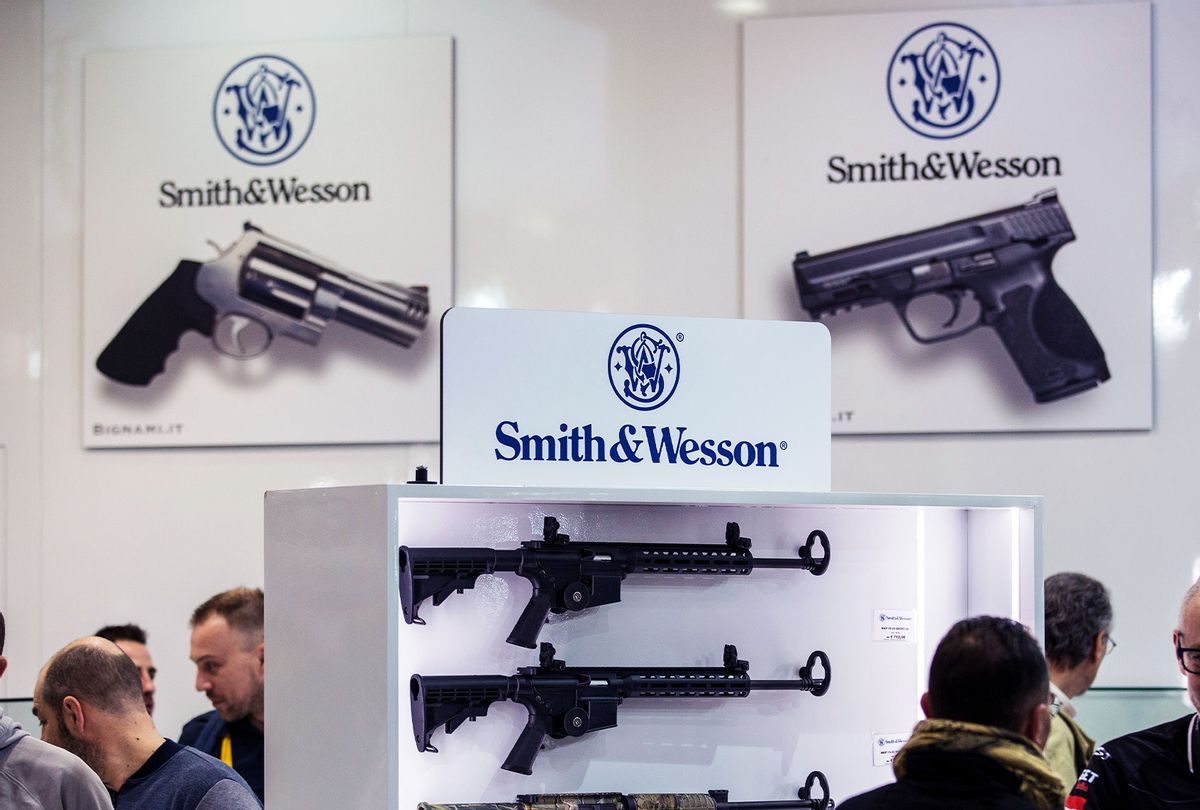 The Mexican government is suing some of the largest gun manufacturers in the U.S., alleging that their commercial practices have recklessly led to devastating violence and bloodshed in the country for decades.

"For decades, the government and its citizens have been victimized by a deadly flood of military-style and other particularly lethal guns that flows from the U.S. across the border," the lawsuit states. The flood of firearms into Mexico, it added, is "the foreseeable result of the defendants' deliberate actions and business practices."

In one example of such shady practices, Mexican officials cited three guns made by Colt. All the guns, they noted, are sold under Spanish nicknames and one of them has an engraving of the Mexican insurgent Emiliano Zapata alongside his quote: "It is better to die standing than to live on your knees."

Mexico further argued that U.S. gun producers knowingly traffic arms to the country's drug cartels, which have for decades have terrorized Mexican citizens and government personnel. "The consequences in Mexico have been dire," the suit concludes. "In addition to causing the exponential growth in the homicide rate, Defendants' conduct has had an overall destabilizing effect on Mexican society."

The Mexican government is currently seeking $10 billion for damages, according to a Reuters report.

Though the merit of the suit has been questioned by some legal scholars, there is a large empirical swath of evidence to say that U.S. gun producers have had a massively negative impact on Mexican society. According to the U.S. Bureau of Alcohol, Tobacco, Firearms and Explosives, about 70% of firearms recovered in Mexico between 2014 and 2018 had been traced back to U.S. manufacturers. Around 340,000 travel across the U.S.-Mexico border on an annual basis. In 2019 alone, 17,000 homicides were linked to trafficked firearms.

"These weapons are intimately linked to the violence that Mexico is living through today," Foreign Minister Marcelo Ebrard said at a press conference on Wednesday.

If won, the $10 billion payout would be directed towards government, police, and military personnel; social services for victims of gun violence; and improving Mexican law enforcement agencies to better combat future gun violence, the government of Andrés Manuel López Obrador said.  Experts, however, have cast doubt on the lawsuit's chances of success, due to the broad shield of liability U.S. gun manufacturers have built up over the years. The lawsuit has the potential to spark a new conversation between Mexico and the U.S. about American gun regulation, some experts hopefully add.

"It's a bit of a long shot," said Carl Tobias, a law professor at the University of Richmond, told The New York Times. "It may just be a way to get the attention of the federal government and Biden and the White House so they can sit down and make a deal."