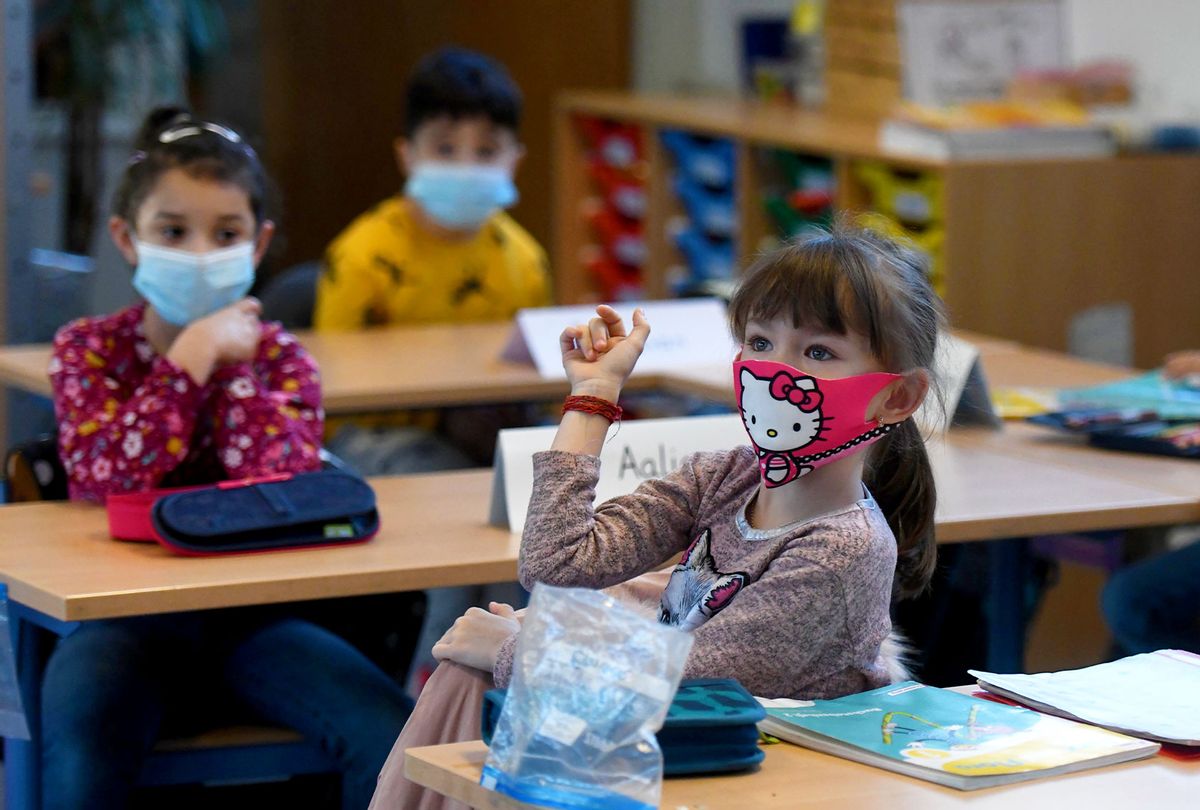 An Arkansas judge on Friday temporarily blocked the state from enforcing its recently-passed ban on school mask mandates, defying the state's governor and GOP-led legislature – both of whom have fought tirelessly against COVID health precautions.

The ruling, first reported by AP News, was handed down by Pulaski County Circuit Judge Tim Fox, who argued that the state's April ban discriminated between public and private schools. It comes amid two lawsuits already challenging the rule, one which was filed by an east Arkansas school district that was recently forced to quarantine more than 900 of its students due to a COVID outbreak.

The law, Fox said, "cannot be enforced in any shape, fashion or form."

On Tuesday, Republican Gov. Asa Hutchinson, who had thrown support behind the ban back in April, expressed regret over having signed it into law, now urging the legislature to reconsider its position.

"I signed it for those reasons that our cases were at a low point," he told reporters. "Everything has changed now. And yes, in hindsight I wish that had not become law," he said at a news conference."

Hutchison explained that his primary concern with the ban was that it made children ages twelve and under (who are not yet eligible for a vaccine) particularly vulnerable to the virus.

He added that many Arkansas lawmakers have adopted a "casual if not cavalier attitude toward this public health emergency."

The Arkansas Democrat-Gazette reported that Hutchinson called two special sessions to address the ban this week, but neither advanced out of committee. On Thursday, a House panel also shot down two bills that would have given school districts the option to mandate mask-wearing – another move that indicates a growing rift between the state's governor and legislator.

Republican Sen. Trent Garner, the sponsor of the bill that banned forced mask-wearing, has said that he sees his bill as an opportunity to explore other ways of preventing the spread of coronavirus.

"What I don't want is this false sense of security that masks seem to be providing because it's an easy political tool," Garner claimed. "Let's come up with the real solutions when this happens in our schools, and I think we're woefully inadequate on that."

The ruling comes amid similar state-level back-and-forth in Florida, where Republican Gov. Ron DeSantis had vehemently fought mask mandates in the state's public school system, issuing an executive order last Friday to ban them. This week, the conservative governor – amid a record high in coronavirus cases – dismissed the Centers for Disease Control's guidance that children above the age of two years old should wear masks in schools, calling it "unscientific" and "inconsistent."

"Why would we have the government force masks on our kids when many of these kids are already immune through prior infection, they're at virtually zero risk of significant illness and when virtually every school personnel had access to vaccines for months and months?" DeSantis told reporters last Friday.

On Friday, Local 10 reported that Florida-based Rev. Elvin Dowling, a father of three public school children, is suing DeSantis and the state of Florida over the governor's executive order.

Adducing Florida's state Constitution – which ensures that "adequate provision shall be made by law for a uniform, efficient, safe, secure, and high quality system of free public schools" – Dowling is arguing that his children will be unsafe in the absence of a mask mandate.

"As a concerned parent for not just my three kids, but for all of Florida's public school children, I am alarmed by the increasing rates of COVID-19 infections in our state, while our feckless Governor twiddles his fingers, runs his mouth, and thumbs his nose at science," Dowling said in a Friday statement. "Requiring masks at school will protect our children. Currying favor with narrow political interests will not.