"Why does Fox News hate a good night's sleep?" a Newsmax reporter asked in front of the NewsCorp building 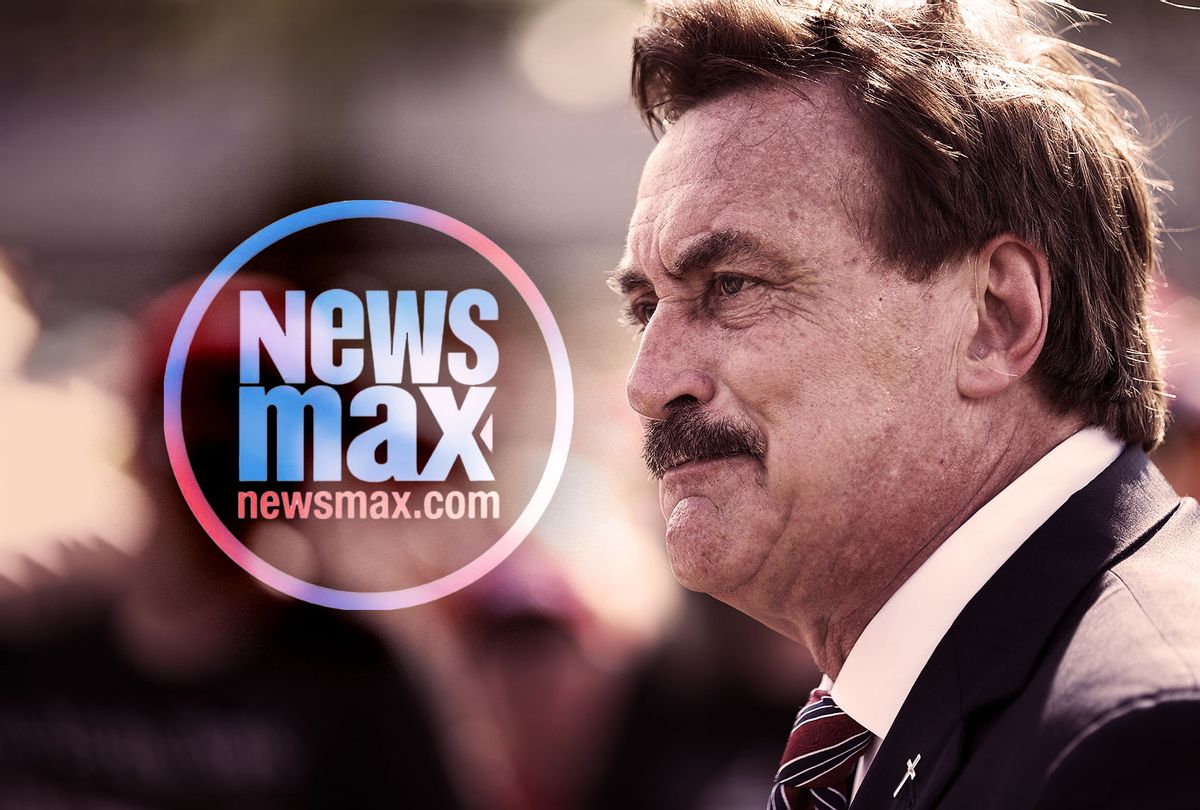 The one-man protest appeared to be prompted by Fox News' decision to not air an ad for election conspiracy theorist and MyPillow CEO Mike Lindell's upcoming South Dakota "Cyber Symposium," at which the bedtime technology magnate plans to outline the evidence he plans to use to propel former President Donald Trump back into the White House.

Lindell recently pulled all of his company's advertising from the network over the snub — a substantial sum that will disproportionately hurt Fox News primetime stars like Tucker Carlson, whose ad revenues were being held afloat by increasingly large MyPillow buys following several high-profile advertiser boycotts in recent years.

Despite Lindell's recent icy reception at Fox, Newsmax made sure this week to communicate that the self-made businessman and former crack addict is always welcome on its airwaves. In fact, an analysis from Media Matters for America found that his ad has been aired more than 150 times this week already.

"So, folks, it is time now for some pillow talk," Newsmax host Grant Stinchfield said during his Wednesday evening program. "MyPillow CEO Mike Lindell recently pulled his ads from Fox News. Why? Because Fox News is refusing to run a paid TV ad promoting Mike Lindell's upcoming cyber symposium. Newsmax is airing these ads. Apparently, free speech and pro-Trump messaging is considered fringe at Fox, but not here.

We've been airing Mike Lindell's ad, and when they refused, Fox, we sent out our Newsmax correspondent Mike Carter to ask the people why they think Fox News is so afraid of Mike Lindell."

Newsmax then cut to a video of reporter Mike Carter running around the streets of New York City asking random folks about Lindell. The Newsmax reporter also brought a custom picket sign and lobbed question at Fox News from outside of their midtown Manhattan highrise.

"Here at Newsmax, we believe in a good night's sleep, so we're running that ad," Carter said. "And today, we're taking Fox News to the mattresses... We have a Fox News alert, we have a banned pillow salesman!"

"Why does Fox News hate a good night's sleep?!" he asked.

Returning from the segment, Stinchfield offered the Newsmax reporter praise.

"Mike Carter, great job right there. Hey, I'll tell you what — Mike Lindell, if you're listening, I'll air your ads right on this program. I'll do it for $25 million, half-price, ok?" he stated. "That's a deal, probably a lot less than that."

The pillow chief appeared proud of the Newsmax trolling, relaying to Salon how ashamed Fox News should feel. "Shame on Fox News," Lindell told Salon on Thursday. "Shame on Fox!"