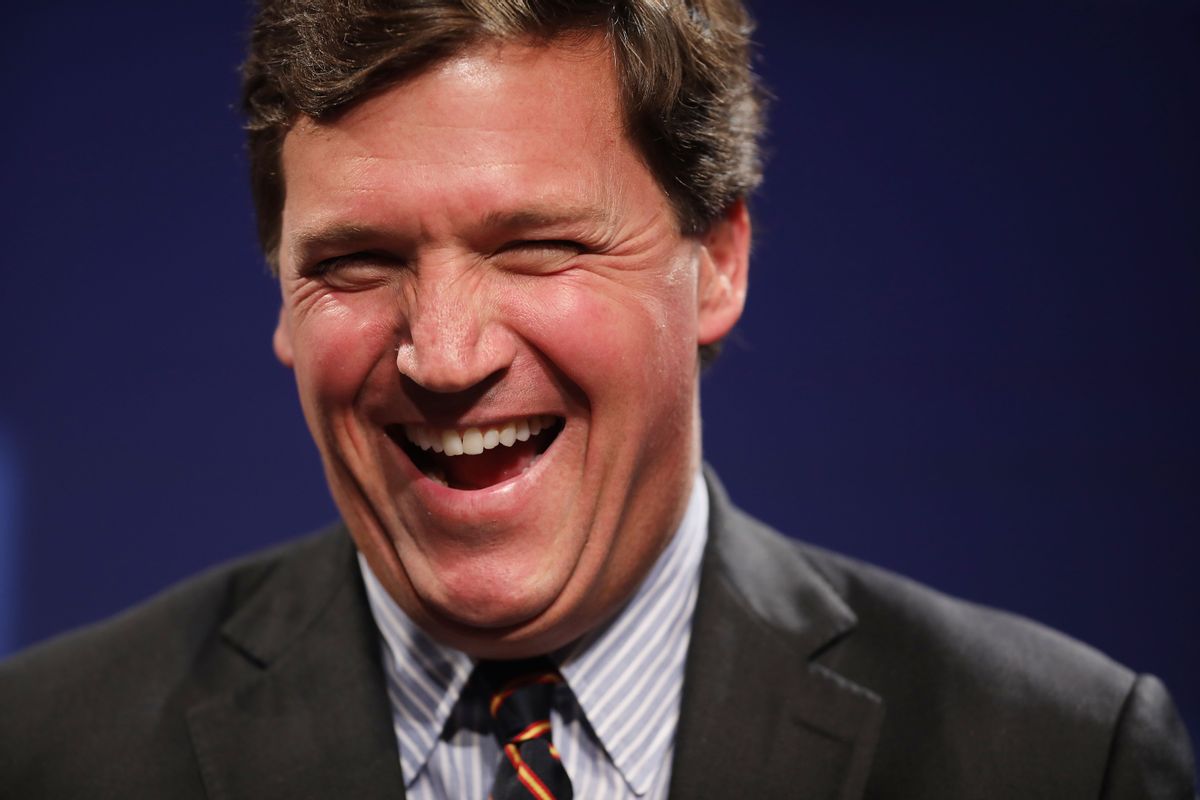 Tucker Carlson's trip to Hungary culminated Friday with an unhinged segment advocating for America to adopt stringent immigration laws similar to that of Viktor Orbán's "illiberal democracy," slamming recent arrivals to the United States as "chaos and filth and crime growing all around us."

He started the diatribe with a reference to a recent news report out of Minnesota, in which an undocumented immigrant from Cuba, 42-year-old Alexis Saborit, allegedly beheaded a woman in broad daylight.

"It didn't need to happen," Carlson says, and only did because "authorities refused to deport him."

"He had rights," the Fox host added with a sneer.

He went on to slam the "news media" for not reporting the fact that Saborit was in the country illegally — though it's unclear what reports Carlson was referring to, given the murder happened last week and ICE hadn't released his legal status until Thursday in a right-wing local Minnesota news site.

Here was where things really got heated for Carlson.

"The Biden administration did this on purpose, and they're still doing it," he said "And that is exactly why Democrats become hysterical when you mention the obvious successes that are on display here in Hungary on the immigration question. They don't want you to know that there is an option to the chaos and filth and crime growing all around us."