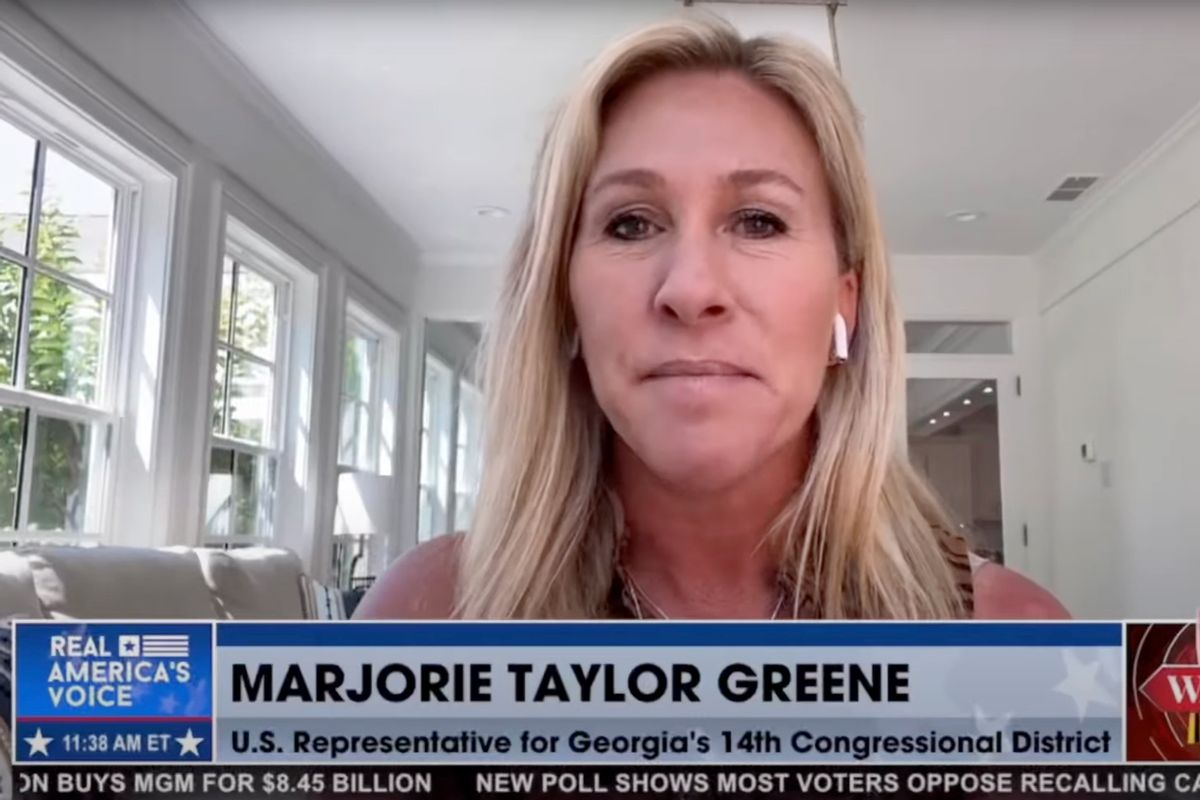 Critics mocked Georgia Republican Congresswoman Marjorie Taylor Greene on Thursday, after she spun a wild conspiracy theory alleging that the New York Times is working with Twitter to have her banned from the platform.

Greene posted a screen shot of an email someone on her staff apparently received from Davey Alba, a technology reporter at the Times who covers online disinformation.

In his email, Alba pointed to one of Greene's tweets from Wednesday, in which she falsely claimed that COVID-19 vaccines are causing miscarriages and other problems among pregnant women.

"Twitter is likely to take enforcement action on Ms. Greene's account for coronavirus information. It would be her fourth strike, meaning she would have one strike to go before potentially being permanently suspended from the platform. Would Ms. Greene want to respond to this in a statement?" Alba wrote in the email.

Greene wrote above the image of the email: "How would the @nytimes know that my @Twitter account is about to be suspended? My account is NOT suspended. What kind of relationship does the NYT and Twitter have? Do they coordinate suspending people like me and news stories? Is someone paying for that? Why?"