The etymology of 15 weird and wonderful Olympic words

From "skeet" and "shotput" to "badminton" and "trampoline," delve into the origins of these sports terms 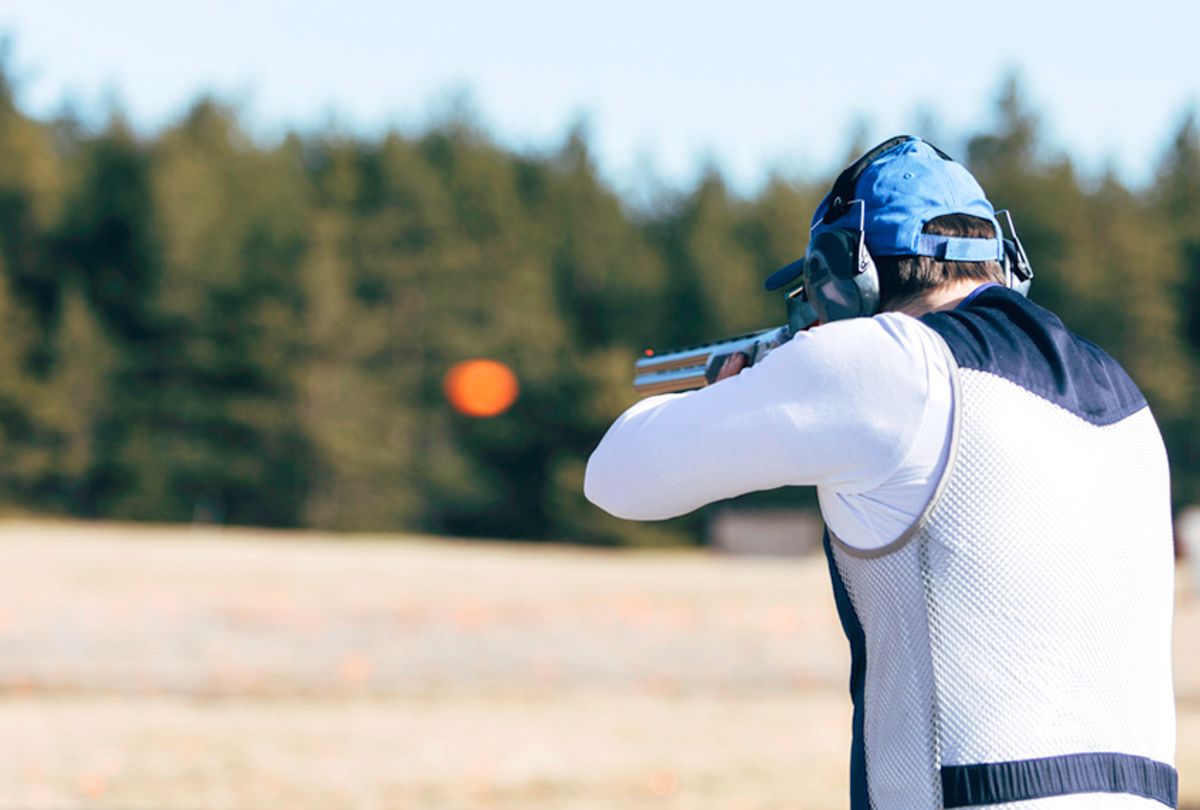 Every two years we get to marvel at them — no, not the superhuman feats of strength and skill from the greatest athletes in the world, but the weird and wonderful names of the many, varied Olympic sports. Here's a look at some winning Olympic words and their origins.

At today's Olympics, polo is a water sport; its original form, played on horseback, left the program after the 1936 games. The British army brought the sport, and term, to the West from the East. The ancient game is believed to have originated in either Central Asia or modern day Iran, spreading to the mountainous regions of India and Tibet, where it was encountered by the British in the mid-19th century. Cited in 1872, polo is a rendering of a Balti Tibetan word, pulu, or "ball," that target of the sport's swinging mallets.

Another game British officers imported from the East is badminton, inspired by the Indian poona. In England, it's said that the game was first played at Badminton House in western England in 1873. But record of badminton predates this allegedly inaugural match by a decade, which describes it as closely related to the children's game of battledore and shuttlecock (don't tell the Olympians). But it is possible it's still named after the house itself; the 1863 account is about "Life in a Country House," but it never says which house.

Javelin throwing was one of the events of the original pentathlon at the ancient Greek Olympics. The historic Hellenes didn't call it the javelin, of course: akon or akontion was the word they flung around.

Javelin is first documented in the compound javelin-spear in 1513. A related form, javelot, appeared several decades earlier. Both terms come from a French word for a "light spear." Where the French javeline comes from, though, is much disputed; many scholars look to a Celtic root that means "forked," a branch of a tree presumably fashioned into a spear.

The discus was another event of the original pentathlon. The Greeks threw diskos, while the Romans threw discus, which is the immediate source of the English word, by 1581. Both diskos and discus referred to various "round, flat objects"—and not only objects athletes heaved, but also the "face" of the sun. At the root of the Greek diskos is a verb meaning "to throw" or "cast." English's disc and disk are related, as are dish and desk, but don't go trying to throw them to earn your gold medal.

The ancient Greeks didn't run marathons in their Olympics, though footraces were a main event of their games. The marathon joined the Olympic program when the games were rebooted from antiquity in 1896. Much lore surrounds the historical marathon. In one account, it's claimed that a Greek hero ran from Marathon to Athens to announce that Greece was victorious in their battle with Persia. He delivered his message—and then died, his feat living on in the word marathon.

6. and 7. Bantamweight and welterweight

Boxing also punches back to the Olympic games of yore. Today, we classify the fighters by weight class, including: flyweight, bantamweight,welterweight, middleweight, and heavyweight.

Bantamweight apparently takes its name from the bantam, named for a particularly feisty kind of chicken, originally from Bantam in Java. The welter in welterweight is obscure, possibly from welt, a term for "beat" or "thrash," as in raising lashes, or welts, on the skin. The original sense of this welt is well outside the ring: It's a strip of leather sewn right above the sole of a shoe.

A bantamweight boxer is attested by 1884. The simple welter named this heavier-weight boxer (and heavier weight horseriders) much earlier, in 1804. Welter, a "state of confusion or turmoil," is unrelated.

Good thing trampolinists don't have to perform their routines on the etymology of their event. Trampoline, in English since at least the late 1790s, is from the Italian trampoli, meaning "stilts." The further origin is unclear, but many scholars think it's indeed related to the English word tramp, "to stamp around," whose walking-about inspired the slang for "vagrant."

In scull rowing, the athlete propels the boat by swinging two oars at the same time. These oars are known as sculls, a name since given to the kind of boat the rowers use. Scull is a very old word in the English language—the Oxford English Dictionary attests it as early as 1345—but its origin is obscure.

Could scull be related to skull, a word it looks and sounds so much like? No, not that skull. (Well, probably not that skull.) English also had this word skull, a "drinking- bowl." A few etymologists liken the scooped blade of the scull to the hollow basin of the skull—and others have argued that humans once made these drinking-bowls from actual human skulls.

In the canoe slalom, Olympians zigzag their watery way through obstacles. The original slaloming, as we know from the Winter Games, is executed on skis. And so slalom, fittingly, is from a Norwegian word: slalåm, literally "sloping track." (The English word lane is related to låm, "track.") Slalom skiing dates back to the 1920s in the English-language record, its canoeing cousin to the 1950s.

Skeet-shooting is another sport that owes an etymological debt to Norwegian. A Massachusetts businessman and hunter is credited with cooking up this clay target shooting in the 1920s. And according to a 1926 edition of the National Sportsman, a competition gave the new sport its name. As the Oxford English Dictionary quotes the magazine:

"Since the prize of $100 was offered for the most suitable name for the new shooting sport … nearly 10,000 suggestions have been received ... After careful consideration, the name that seemed best was 'skeet', a very old form of our present word 'shoot' … Mrs. Gertrude Hurlbutt, Dayton, Montana, sent in the suggestion."

While there are old forms of shoot that look broadly like skeet (such as scytt from circa 1000 CE), it might have actually been referring to the Old Norwegian skotja.

Fence, the artful swordplay, is shortened from defence. Via French, defence—or defense—comes from the Latin defendere, to "drive away," hence defend. And yes, a picket fence also ultimately derives from this verb.

Why are steeplechasers chasing steeples in this unusual 3000-meter event, requiring runners to jump over hurdles and water on the track? History has it that this event began on horseback in Ireland, where riders once raced through the countryside, using steeples as distance markers/finish lines and negotiating stone walls and streams along their way.

What is the put in the shot put? Here, the hardy hurlers are putting the shot, where put is a much older sense of today's common put: "to thrust." In the 1300s, this put referred to the act of thrusting a heavy stone in medieval contests—a usage that survives in shot put.

Swimmers, sadly, aren't rapping in the pool when they swim a freestyle race. Freestyle rapping emerged as a term in the early 1980s, whereas freestyle swimming goes all the way back the 1910s. Freestyle means a swimmer is "free" to choose whichever stroke, or "style," he or she wants in the race. The earliest known freestyle reference, according to the Oxford English Dictionary made its first splash, actually, in reference to discus-throwing.