Misconception No. 4: the plane flies itself 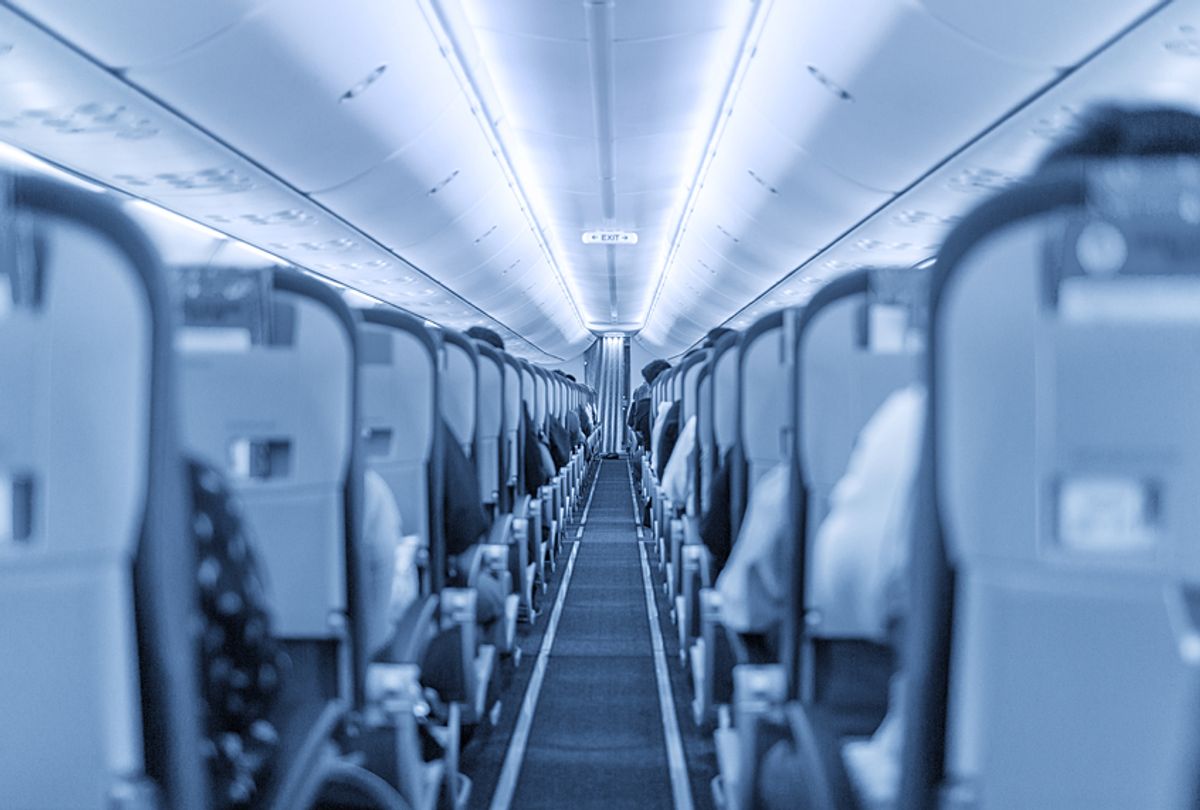 From the realities of autopilot to explaining what authority the TSA actually has, we're here to dispel the myths about flying, adapted from an episode of Misconceptions on YouTube.

1. Misconception: a bullet hole can depressurize an airplane cabin

As anyone who's watched a movie set on an airplane knows, a bad guy firing a gun inside the cabin means certain disaster. Just one bullet hole can depressurize the aircraft, causing it to plummet uncontrollably into the nearest mountain. But does that really make sense? Can one tiny hole in an airplane cabin really bring the whole thing down?

Not really. If someone actually fired a weapon in flight, the bullet would likely pierce the aluminum siding of the plane, but the air leak would be so minor that the aircraft's pressurization system would easily be able to compensate for it. It is possible to shoot out a window, creating a much larger and potentially passenger-sucking problem. It's also not outside the realm of possibility to hit the fuel tank, which could maybe, possibly, if a lot went wrong, cause an explosion. But for the most part, fatal bullet holes in planes are a Hollywood invention.

Believe it or not, there's no one simple explanation for how planes stay aloft. Scientists disagree on the principles behind the aerodynamic force known as lift. Swiss mathematician Daniel Bernoulli had a go of it in 1738, well before planes were even a reality. The Bernoulli school asserts that air traveling across the top of a curved wing is faster than air traveling along the bottom, resulting in lower pressure and therefore lift. But Bernoulli's theorem doesn't explain why that higher velocity on top of the wing lowers pressure. It also doesn't explain how people can fly upside-down, where the curved portion is at the bottom.

Newton's third law of motion can also be applied, since it means an airplane stays up by pushing air down, but according to NASA (except in cases like Space Shuttle reentry with very high velocity and very low air densities), the predictions are "totally inaccurate." Both theories were repurposed for flight much later. Scientists have only incomplete theories of lift and are still searching for a comprehensive answer.

3. Misconception: turbulence is cause for concern

When we travel in cars, we expect a smooth ride on carefully maintained highways. If there's a bump in the road or we're jostled, we start to worry about our car, our drink, and our pets. In the air and with turbulence, spilling our coffee is no longer the worst possible outcome. A few bumps and we might think we've run into a violent storm that will result in our last meal being a bag of peanuts.

As scary as turbulence might be, it's normal. So normal, in fact, that pilots often know about it in advance, are trained to handle it, and are operating planes that are designed to withstand a tremendous amount of stress. There are a few different causes of turbulence, ranging from mountains to weather conditions to differences in wind speed. But even though the plane might feel like it's plummeting or diving like Snoopy pretending to fight the Red Baron, it's hardly moving—maybe 10 to 40 feet, which is less than the height of a Boeing 737. And it's almost impossible for normal turbulence to cause a crash. So long as you obey the "fasten seat belt" sign, it's also very unlikely to even cause any injuries. According to the Federal Aviation Administration, only four passengers and five crew members were seriously injured as a result of turbulence in 2018. With 778 million people traveling domestically that year, the odds are definitely in your favor.

Turbulence in the earlier days of commercial aviation was a different story. Because planes weren't as well-constructed, rough air currents could be fatal. In 1966, a British Overseas Airways captain veered off-course near Tokyo so that his passengers could look at Mount Fuji. The 140mph winds near the mountain tore the tail fin apart, sending the plane down. But that was clear air turbulence, which is when two different air masses interact with each other even in clear skies. That kind of turbulence can't be detected in advance by weather radar and might pose slightly more risk. But you're still safe. Feeling like you're on the inside of a cocktail shaker is perfectly normal.

4. Misconception: the plane flies itself

It's true that today's modern airplanes are marvels of design and engineering, making flying one of the safest forms of travel. In fact, the odds of perishing while flying are just 1 in 4.7 million. But it's not accurate to say that these aluminum beasts are doing all the work while pilots nap or play cards in the cockpit.

The media has a habit of promoting the autopilot capabilities of newer airplanes, and many systems have become automated, with elements like navigation, altitude, speed, and engine power all able to be programmed to stick to preset operations. Think of it as airplane cruise control. But it's still the job of the pilot to taxi, take off, land, and tell the plane how best to perform. One example offered by the popular website AskthePilot.com compared it to advances in medicine. While a physician might have more tools at their disposal, they still need to be around to treat patients. An airplane might have an automatic setting for climbing or descending, but it might also have seven different options for that automated task. Pilots need to know how best to use these systems. Autopilot still needs a pilot.

Planes are automated in the sense that pilots might not have to physically have their hands on the controls at all times, but we're not going to have an empty cockpit anytime soon. Which brings us to another mistaken belief—that the second pair of hands, namely a co-pilot, is somehow a sidekick. Co-pilots are pilots. They have the same qualifications as the pilot. They just might be a rung or two down the seniority ladder. But they still might wind up flying the plane.

In theory, those little plastic oxygen masks in the overhead compartment are there in the event the plane is depressurized and passengers need supplemental oxygen to avoid passing out from hypoxia, which is a lack of oxygen. That's because, at 30,000 feet, each breath of air doesn't have enough oxygen in it for humans to survive. So instead, airplanes pressurize the cabin to around 5000 to 8000 feet, which is why it's bad if there's a loss of pressure. Sometimes those masks do deliver oxygen from pressurized tanks, but others put out a kind of bespoke, custom oxygen.

The masks release chemicals like barium peroxide, sodium chlorate, and potassium chlorate. While those might sound like ingredients for your bathroom cleaner, barium peroxide is found in fireworks and sodium chlorate is a weed killer. So, worse than a bathroom cleaner. But, there's absolutely nothing to be worried about from the masks. When burned, they actually produce breathable oxygen that will keep passengers from getting loopy. It can last for about 10 to 20 minutes, enough time for the pilot to figure out a solution for whatever has gone wrong. Usually, that means descending to an altitude comfortable for people. And those little bags attached to the masks? They're not supposed to inflate. So don't worry about that.

6. Misconception: the TSA is law enforcement

They do have uniforms, they do have authority, and they can and will seize your bottled water, but Transportation Security Administration officers are not actually law enforcement, and they technically can't arrest you for disobeying their orders.

TSA officers are government workers or private contractors who have a responsibility to ensure the safety of passengers and take steps during screening to minimize potential threats. They can't arrest you. All they can do is call actual police, who could arrest you. You can also be prevented from boarding your flight for not complying with a TSA officer's instructions.

As for those confiscated items—they don't keep them. Contraband might wind up with third-party contractors, which supply individual states with inventory that can be resold. So if you have something that means a lot to you that got seized, you can check sites like Govdeals.com or a surplus center near the airport and hope you find it. You'll have to pay for it again, but it's better than nothing.