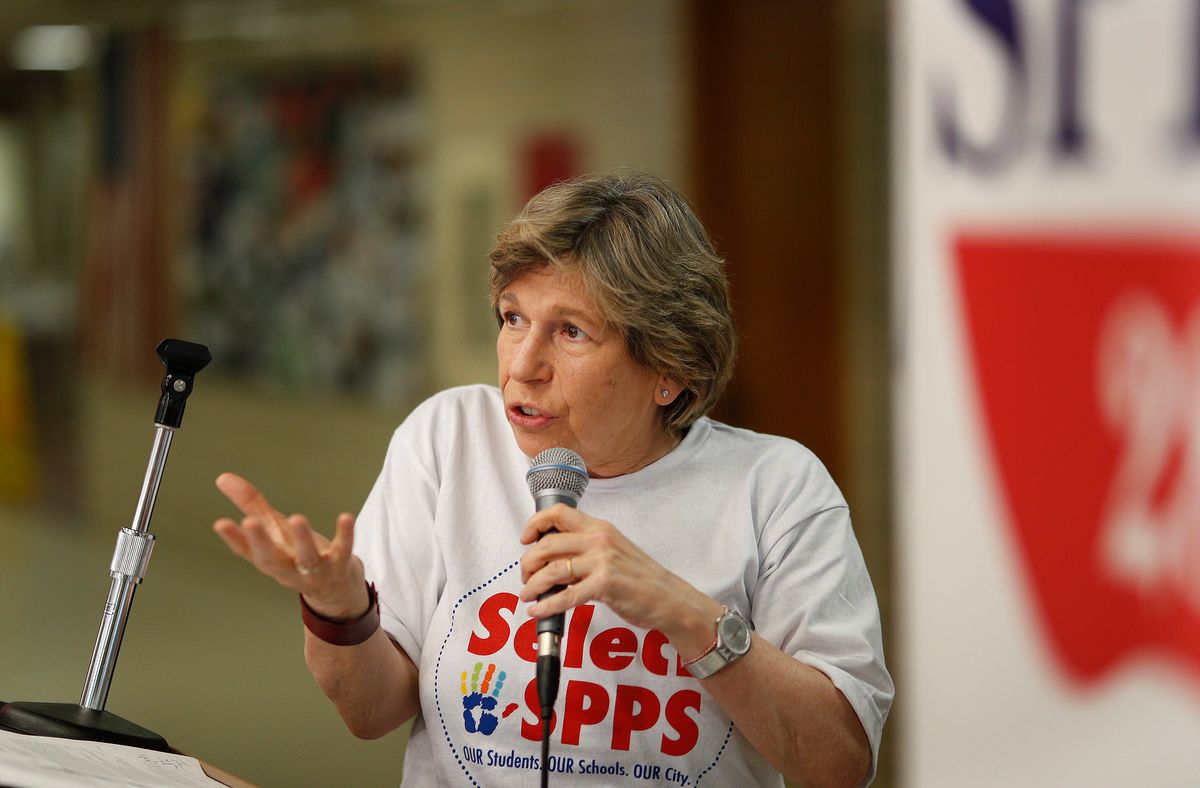 With schools set to reopen in less than a month, the national debate has grown hotter over how public education should respond to the reality of a resurging pandemic.

Among the biggest issues: Should teachers be required to become vaccinated to return to the classrooms? But that's hardly the only raging question.

The American Federation of Teachers (AFT) sits in the eye of the storm as public education becomes ever more engulfed in America's culture war. Attacks from the political right have hardly been limited to vaccine questions, with rash claims about Critical Race Theory (CRT) -- among efforts to rewrite history-- also in the forefront.

The nation's second-largest teachers union and its president, Randi Weingarten, have become a favorite target of right-wing media. In Weingarten's view, it's all part of an overarching effort to attack teachers. And truth.

Raw Story caught up with Weingarten Saturday for this exclusive interview:

Q. What is the latest on the union's position regarding vaccine mandates?

A. The circumstances have changed in the last few weeks. The Delta variant is so virulent, yet kids under 12 can't get a vaccine yet. The good news is that it looks like full approval by the FDA is in the offing of these vaccines, and that's one of the issues people have been concerned with. These factors have given rise to us reconsidering the other measures to get more and more people vaccinated, including requiring vaccinations. We're in the middle of those conversations with our leaders and members.

Q. So, your position might be changing because of the evolving situation?

A. We are 1000% behind vaccines. They are the most effective way of dealing with the variant. But until this moment, we've thought that voluntarily shots in the arms were the most effective way to get more people vaccinated in this very polarized world and with all the misinformation that's out there. But circumstances have changed so we're thinking about other ways of creating vaccine access, including evaluating our position on employer mandates.

Q. How do concerns about the effects of the Delta variant on kids factor into that thinking?

A. We're very concerned, particularly since younger children don't have access to the vaccine. We're seeing a changing circumstance in the last three weeks, and we're seeing in places like Florida, Louisiana and Texas that this variant can affect children far more than the virus previously did.

Q. Do you have a timetable for that decision? Perhaps in the next week?

A. I would say it's sometime soon.

Q. What is your reaction to how you're being betrayed in the conservative media -- personally and as a union -- as one of the main reasons, along with Dr. Anthony Fauci, as to why schools have been closed and so forth?

A. There is a group of people in America led by Fox News that wants to keep the anxiety, the fear, the chaos, the disinformation and people angry and on edge. That's what they're doing. It's terribly unfair and misplaced. But I'm a big girl and I'm going to my job, which is to get schools open -- and keep them open -- in a safe way. That is what educators in America want. That is what children in America need. And that is what we at the AFT are trying to do. Teachers want what children need.

The post-truth society which has also helped fuel the Big Lie about voting is very disturbing and is really undermining of democracy. And public schooling is the key to democracy. So, these all have political overtones and I understand it. But we don't whine about it: We just organize. I just wish they didn't have the kind of megaphone they have because they're scaring a lot of people and creating a lot of ground for anxiety and hate, and it's just wrong.

This is not about me, it's about my members, it's about teachers, it's about bus drivers. It's about the people who every single day, have been out there engaging kids in the last 16 months. It's about the nurses who, regardless of where things were in terms of COVID, were out there at the bedside. These folks are real heroes. They've engaged kids. They've protected families. They've helped nurse people back to health. And yet, they get scapegoated at every turn. And some of it is also by the mainstream media on the issues of vaccine mandates.

Educators have been engaging kids and they have been kids' lifelines, but they have been thrown a lot of stuff that they've had to deal with. "Remote, hybrid, in-school, hybrid, remote." They have done everything they could to help our kids be engaged, survive and now thrive.

Q. Speaking of your work, how has the debate about Critical Race Theory impacted your lives?

A. In terms of this issue of our teaching honest history, I'm a high school social studies teacher. I taught in the 90s. Our kids need to know the history of this country. And they need to be able to understand and to have the skills to assess current events. That's what history teachers do, and this is important for all kids.

Those of us who've taught history and social studies for years are a little stunned by this debate. Like really, we can't teach slavery anymore? It's just like core curriculum in some states where we must teach that slavery was a betrayal of our Founding Fathers, which is absolutely not true.

Yes, some of our history is uncomfortable. It's uncomfortable talking about the fact that our country had a legalized system of slavery until the Civil War and had lots of other legalized systems of discrimination like Jim Crow. That is uncomfortable, but our job is to make sure that kids can get through uncomfortable situations. And if they do, it's going to give them a skill set for the future. Our job is to help them become critical thinkers, to help them, assess these issues going forward. And it's our job to teach history and teach the effects of history and to teach current events, and the effects of it. That is part and parcel of a full education for children.

We don't teach CRT in pre-K through high school. This is a college-level analysis of law and whether systemic racism exists in some of the laws and in this country. And so, what's happened here is again an undermining of public education, an undermining of teachers, an attempt to scare parents. And using it in the elections -- as Steve Bannon and others have said -- to try to stop what's been the trend of more families and women and working moms and stay-at-home moms in the suburbs starting to vote for Democrats. So, we know where it's coming from, and we know who is behind it. But at the end of the day, the consequence of this group of people winning is that it's going to hurt our kids.

Q. Are you seeing similar controversy over how history or current-events teachers might portray the insurrection at the Capitol?

A. Yes, I think that that's part of this. This is all about the push to pretend that January 6 didn't happen or to create a narrative that, that nothing bad happened that day. But our democracy could have died that day. Think about the difference between how that day is viewed, through a political lens in the United States, versus how 911 is viewed as we get to the 20th anniversary. It tells you a lot about the problems in the country. There's a push to stop us from teaching the truth or create context for these very important moments. What happened that day? Why did it happen? These are legitimate questions that you teach in an age-appropriate way through public education.

Q. What do you think is the legacy of Donald Trump and Betty DeVos for teachers and public education?

A. Betsy Devos is a destabilizer. We've have had Education Secretaries who believed that there should be vouchers and charters and a competitive environment in schools. But they also believed in public education. And while they believed that a public school should be the best it can be and that you had to have a system of great neighborhood public schools and public-school choice, this was the first Secretary of Education who didn't believe that. She didn't believe in a public system. She didn't believe we should be investing in a public system as a primary way of helping all kids thrive and learn. So, at every moment that she could, she destabilized it. This was a destabilizing strategy. And Trump believed in the chaos theory of governing instead of the unifying theory of governing. He believed in chaos and divisiveness and that's what you see here. The disturbing piece is that truth took a second seat to wanting power.