Dominion hits back at pro-Trump outlets, files lawsuits against Newsmax and OAN for election lies 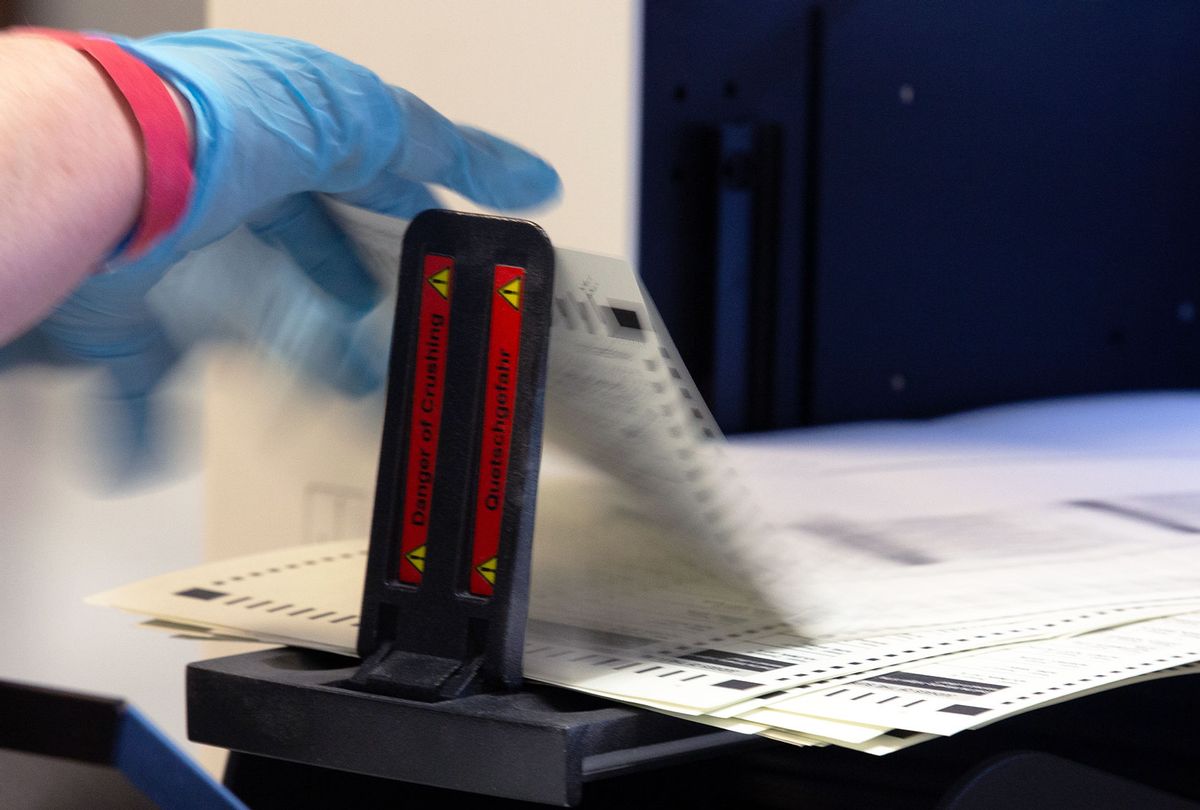 Ballots are counted by Maricopa County Elections Department staff ahead of Tuesdays election on October 31, 2020 in Phoenix, Arizona. Early voting lasted from October 7th through the 30th in Arizona, which had a record number of early voters. (Courtney Pedroza/Getty Images)
--

The suits, which total $1.6 billion, were filed in the U.S. District Court for the District of Columbia as well as Delaware Superior Court and argue that the two news networks defamed Dominion's voting equipment. The networks, Dominion wrote in the complaint, "​​helped create and cultivate an alternate reality where up is down, pigs have wings, and Dominion engaged in a colossal fraud to steal the presidency from Donald Trump by rigging the vote."

In its lawsuit against OAN, Dominion claimed that the network promulgated the following lies: "(1) Dominion committed election fraud by rigging the 2020 Presidential Election; (2) Dominion's software and algorithms manipulated vote counts in the 2020 Presidential Election; (3) Dominion is owned by or owns a company founded in Venezuela to rig elections for the dictator Hugo Chávez; and (4) Dominion was involved with alleged voting irregularities in Philadelphia and Dallas—cities where its voting system is not even used."

"On their own," the company added, "these lies would have been more than enough to irreparably harm Dominion. But OAN did not stop there."

Other problematic figures elevated by the network include CEO of My Pillow Mike Lindell, ex-Trump lawyer Sidey Powell and Trump's former personal attorney, Rudy Giuliani, who is individually facing a multibillion-dollar Dominion lawsuit that has reportedly put him on the brink of bankruptcy.

Dominion's suit against Newsmax, meanwhile, alleges that the network similarly promoted an "alternate reality." The company acknowledged that Newsmax at one point admitted the incredulity of Trump's claims, but maintained that the news show has never issued a retraction for its promotion of these claims.

"If Newsmax cared about the truth—if it cared about informing (rather than deceiving) its viewers—it would identify for its viewers each specific lie it broadcast, promoted, and endorsed in November and December 2020, tell its viewers in no uncertain terms that those lies were false, and explain to its viewers all the voluminous evidence debunking those lies," Dominion wrote.

On Tuesday, Newsmax told Forbes in a statement that it "has not reviewed the Dominion filing, in its coverage of the 2020 Presidential elections, Newsmax simply reported on allegations made by well-known public figures." Despite not having reviewed the filing, the network claimed that it's "a clear attempt to squelch such reporting and undermine a free press."

With respect to Byrne, Dominion wrote that the former chief had simply "found himself a new pet project" after "blowing up his career at Overstock by having an affair with a Russian spy."

"In fact, as Byrne has publicly admitted, he had already committed to that narrative three months before the election took place," Dominion explained. "After the election, Byrne manufactured and promoted fake evidence to convince the world that the 2020 election had been stolen as part of a massive international conspiracy among China, Venezuelan and Spanish companies, the Department of Justice ("DOJ"), the Department of Homeland Security ("DHS"), the Federal Bureau of Investigation ("FBI"), prominent Republicans, Chief Justice John Roberts, and Dominion, which, Byrne falsely claimed, committed fraud and helped steal the 2020 presidential election."