After a rock sample went missing on Mars, NASA began assembling a response team to figure out what happened 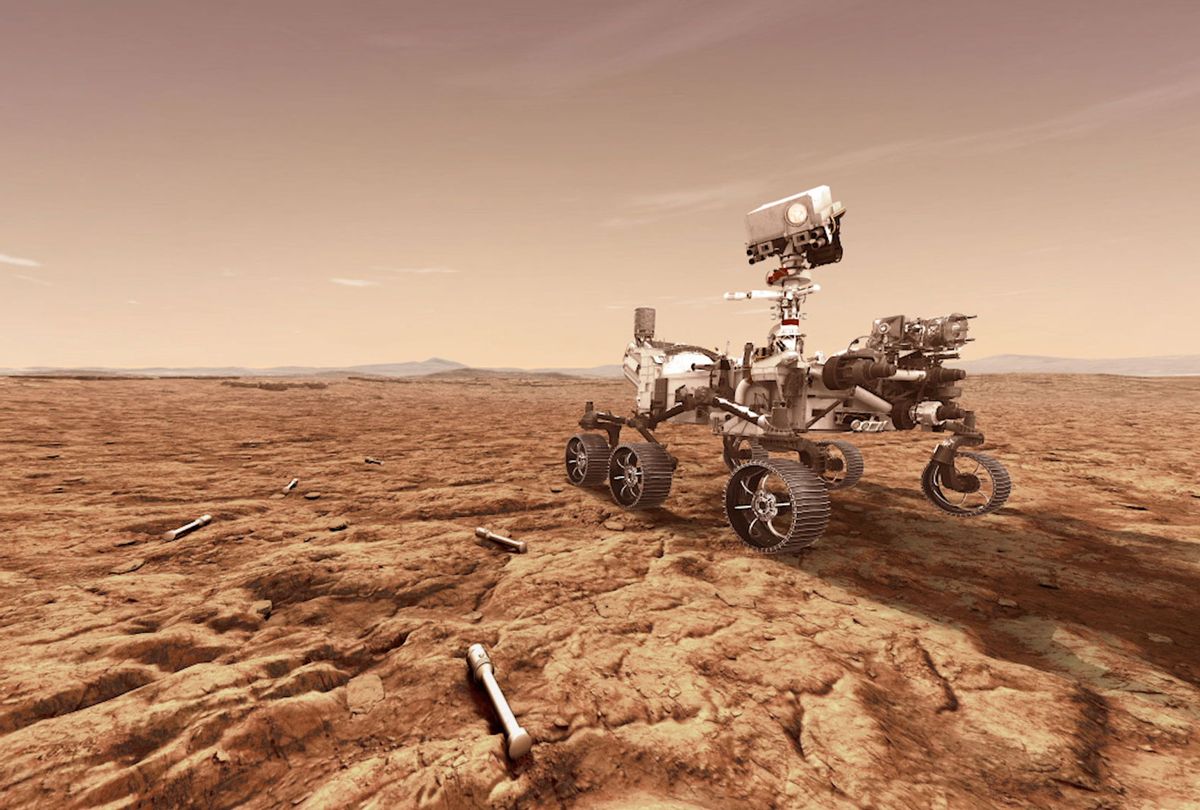 NASA's Perseverance (Mars 2020) stores rock and soil samples in sealed tubes on the planet's surface for future missions to retrieve in the area known as Jezero crater on the planet Mars. (NASA/Getty Images)
--

The Perseverance rover is a rarity among space rovers for the sole reason that it is a sample-return mission — meaning that Perseverance will drill Martian rock and collect samples which will eventually be returned to Earth.

Of course, the sample return part of the mission becomes difficult if one's sample suddenly and mysteriously disappears.

This Martian mystery story begins last week, when scientists took a big step in Perseverance's historic mission by attempting to collect samples from the Red Planet and depositing them in one of the rover's 43 collection tubes.

At first, everything appeared to be running smoothly. Perseverance selected a rock in Jezero Crater, a 28 mile-wide impact crater and former lake which, scientists believe, is an ideal place to look for evidence of ancient microbial life on Mars. The rover then drilled a tiny finger-size hole.

But despite the obvious hole in the rock, a later analysis revealed that there was no rock sample to be found in the tube.

"While this is not the 'hole-in-one' we hoped for, there is always risk with breaking new ground," said Thomas Zurbuchen, associate administrator of NASA's Science Mission Directorate in Washington in a press release. "I'm confident we have the right team working on this, and we will persevere toward a solution to ensure future success."

Sample return missions are extremely rare due to their expense. In fact, there has never been a sample return mission from another planet. Perseverance will be the first, and NASA scientists say that if all goes to plan we could have samples from Mars back on Earth by 2031.

So, what happened to the missing sample? Engineers are still searching for an answer — but they have a few clues.

Perseverance has a hollow coring bit and a percussive drill at the end of its seven-foot long robotic arm, which is meant to extract samples. According to NASA, data from the operation suggest that the sample was processed as intended, making the missing sample even more perplexing.

"The sampling process is autonomous from beginning to end," said Jessica Samuels, the surface mission manager for Perseverance at NASA's Jet Propulsion Laboratory in Southern California. "One of the steps that occurs after placing a probe into the collection tube is to measure the volume of the sample. The probe did not encounter the expected resistance that would be there if a sample were inside the tube."

In response, the Perseverance mission is assembling a response team to analyze the data in more detail. Part of this process will be to use the WATSON (Wide Angle Topographic Sensor for Operations and eNgineering) imager, which is located at the end of the robotic arm, to better understand what happened.

"The initial thinking is that the empty tube is more likely a result of the rock target not reacting the way we expected during coring, and less likely a hardware issue with the Sampling and Caching System," said Jennifer Trosper, project manager for Perseverance at JPL. "Over the next few days, the team will be spending more time analyzing the data we have, and also acquiring some additional diagnostic data to support understanding the root cause for the empty tube."

Apparently, this isn't the first time scientists have struggled to drill holes and collect samples from Mars. In 2008, "sticky" and "icy" soil on Mars made it difficult for the Phoenix mission to move a sample to one of its onboard science instruments. Most recently, the heat probe on the InSight lander struggled to penetrate the surface of Mars as planned.

"I have been on every Mars rover mission since the beginning, and this planet is always teaching us what we don't know about it," said Trosper. "One thing I've found is, it's not unusual to have complications during complex, first-time activities."