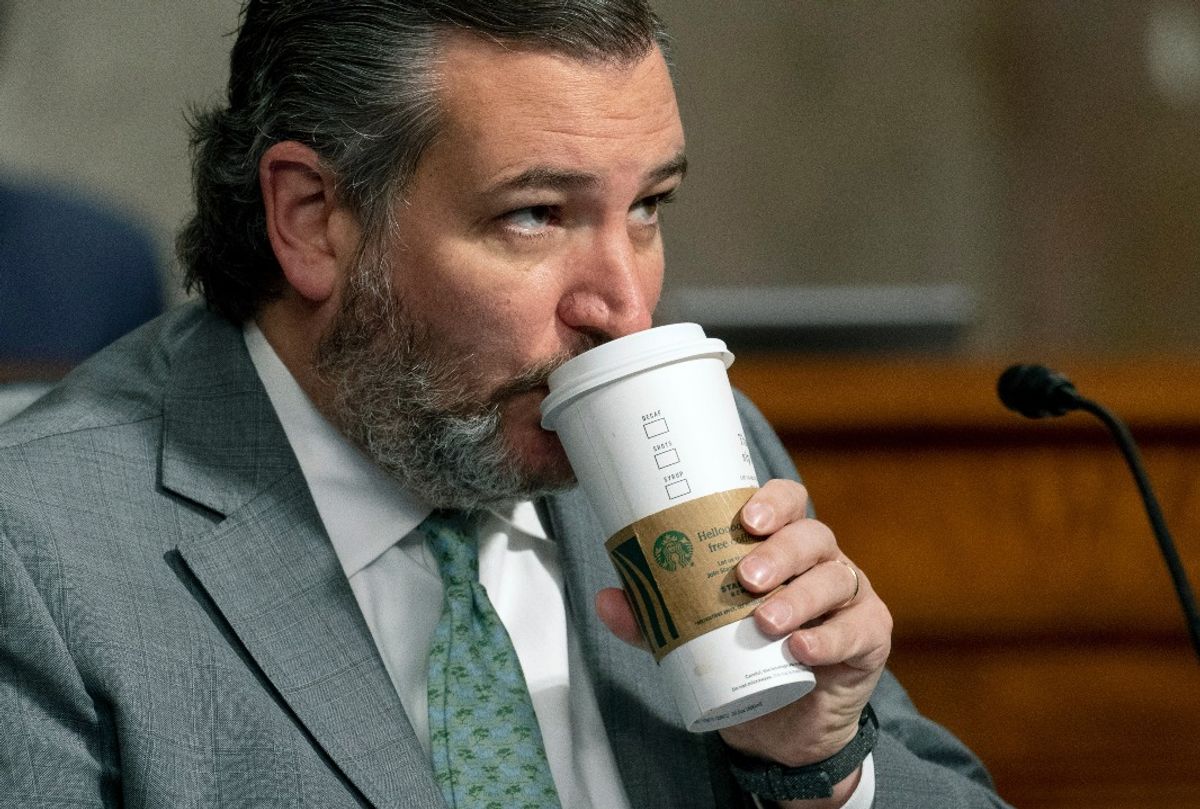 Sen. Ted Cruz, R-Tx., has been vehemently critical of the bipartisan infrastructure bill proposed in the U.S. Senate, slamming it as "reckless." But according to Houston Chronicle reporter J.R. Jordan, that didn't stop the far-right GOP senator from trying to include his own highway project in it.

Jordan, however, reports that Cruz "worked with Democratic Sen. Raphael Warnock on an amendment that would make the future Interstate 14 a high-priority project within the INVEST In America Act, an infrastructure bill making its way through Congress."

Journalist Sanford Nowlin, in the San Antonio Current, reports that "the famously partisan Cruz even worked across the aisle with Sen. Raphael Warnock, D-Ga., to add the expansion as an amendment."

Nowlin explains, "The cynical among us might take the view that money has something to do with the second part of Cruz's seemingly contradictory stance. After all, the expanded highway would connect Texas' oil-rich Permian Basin with the Port of Savannah, the third-largest U.S. port. Plus, Cruz is one of the Senate's top recipients of cash from the oil and gas industry."

Nowlin also notes that the Texas senator's "single biggest donor from 2015 through 2020, Houston's Doggett Industries, is a construction equipment company active in the Permian Basin."

The $1.2 trillion plan is one of two infrastructure bills being considered in the U.S. Senate. The other is a budget reconciliation bill that many Republicans, including those who signed on to the bipartisan deal, are highly critical of — and centrist Democratic Sen. Kyrsten Sinema of Arizona has come out against that bill.