"They are laughing at you": Scathing new video attempts to burst the right-wing media bubble

"You are literally paying your Republican leaders to deceive you" 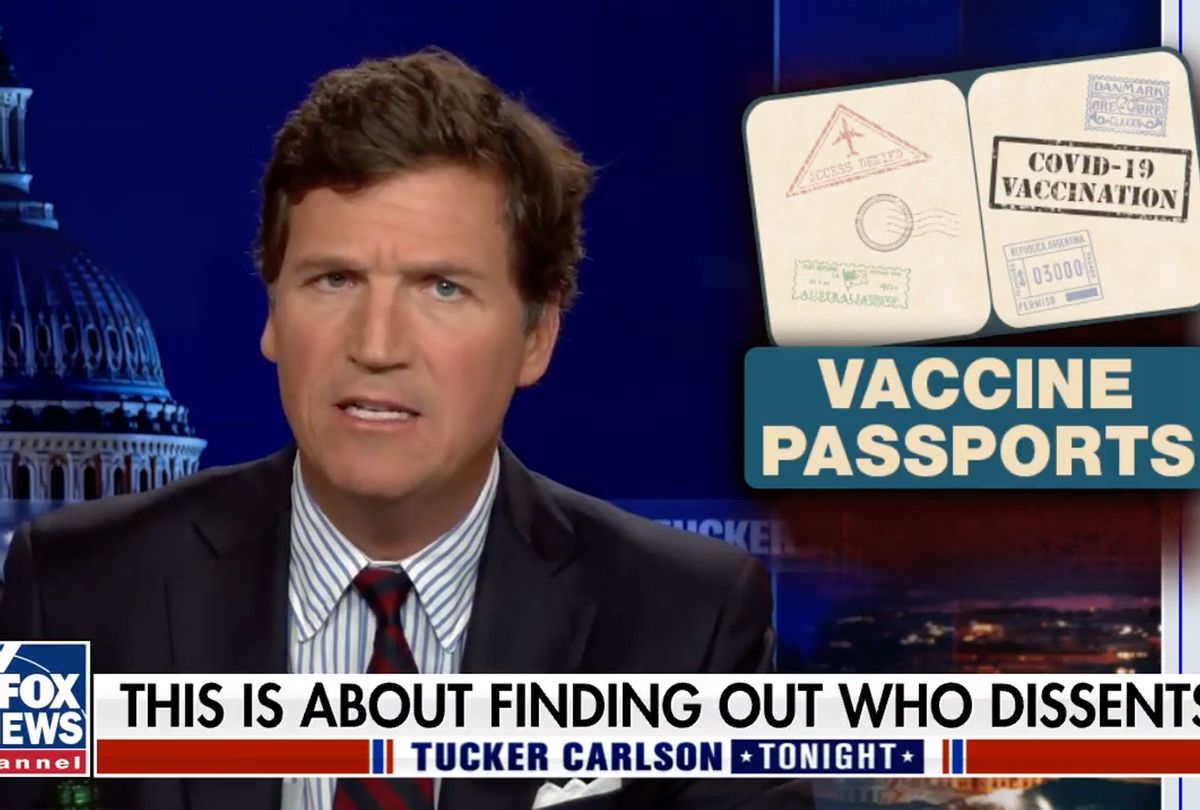 When right-wing media figures promote lies and disinformation about COVID-19, it isn't necessarily out of total ignorance — sometimes, it is purely a cynical effort to drive ratings or traffic. And author Don Winslow, in a scathing new video, lets red state Republican voters know how badly anti-vaxxers and anti-maskers in the right-wing media have lied to them about COVID-19 and how deadly that cynicism has become.

In Winslow's video, a female narrator tells viewers, "I want you to listen to your own leaders in their own voices. You can't call this 'fake news.' These are your pals unedited."

The narrator explains, "Each one of these Republican leaders took the vaccine, and they made damn sure their children took the vaccine. But then, they worked behind the scenes to create a marketing plan, and that's what it was — targeted at low-information Republican voters that tied your personal freedom to not wearing a mask or taking the vaccine. And tens of millions of you in red states fell for this ridiculous lie."

Many of those "low-information Republican voters" that Winslow's video mentions are avid consumers of right-wing media outlets such as Fox News, where Tucker Carlson, Laura Ingraham and other far-right opinion hosts have been more than happy to endanger the lives of their audiences by promoting anti-vaxxer, anti-masker nonsense and trying to convince viewers that Dr. Anthony Fauci and other health experts are their enemy.

"You can't enter the Fox News building without providing your vaccination information," the narrator explains. "But on show after show, they tell you not to wear a mask because it's an assault on your freedom. They are laughing at how gullible you are. And here's the kicker: While they are laughing at you, you are sending them donations. You are literally paying your Republican leaders to deceive you."

As images of red state residents in hospital beds appear on the screen, the narrator laments, "Many of you still refuse to do what is best for you, your family, your community, your country."