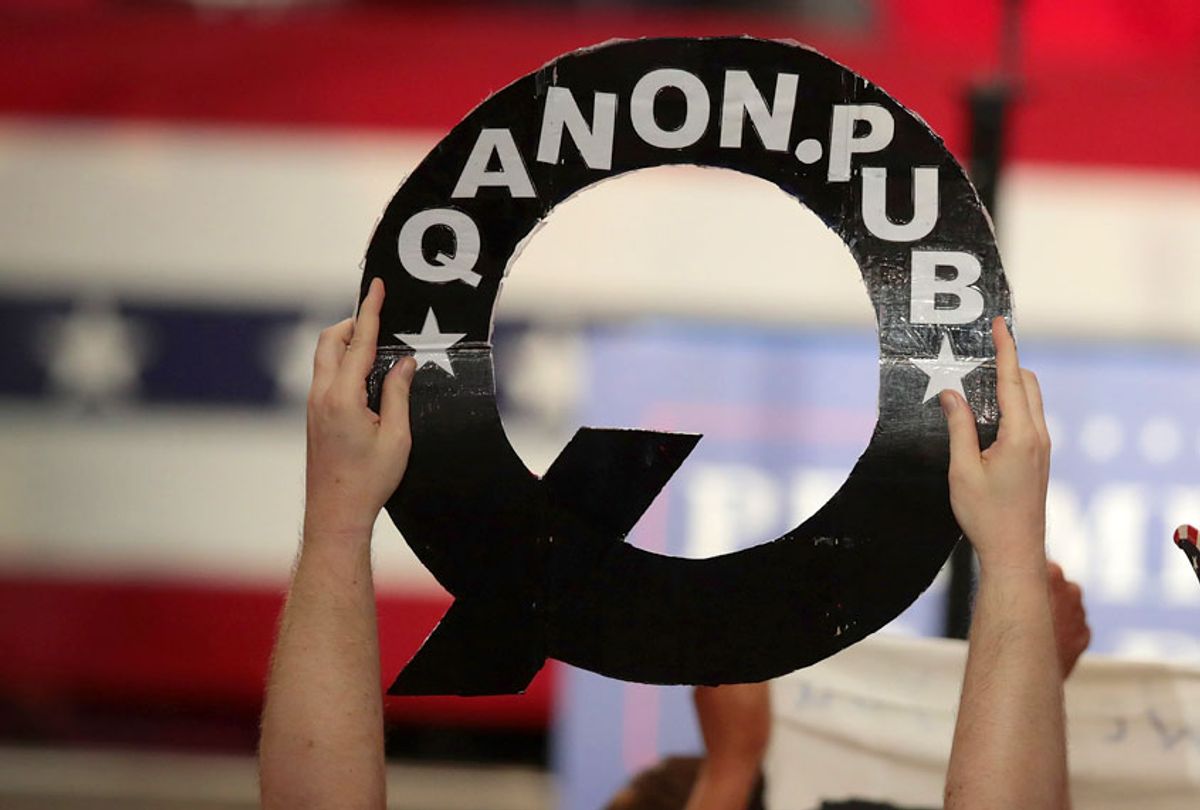 A California surfing school owner has been arrested and charged with killing his two young children, the U.S. Attorney's Office for the Central District of California said in a news release on Wednesday.

Matthew Taylor Coleman, 40, of Santa Barbara, took his 11-month-old daughter and 2-year-old son to a resort city in Rosarito, Mexico, about 40 miles away from the U.S.-Mexico border, and allegedly killed them with a spear gun because he believed they would become monsters, authorities said. Coleman is now facing a federal charge of the foreign murder of U.S. nationals.

In an interview with an FBI agent, Coleman reportedly said that he was "enlightened by QAnon and Illuminati conspiracy theories" and was receiving visions and signs revealing that his wife possessed "serpent DNA" and had passed it on to his children. According to a criminal complaint filed by federal authorities, he said he was "saving the world from monsters."

QAnon conspiracy theories, which started as a fringe movement among former President Trump's supporters, have led many to have complete distortions of reality. For those who believe in the cult-like cabal, QAnon purports that American politics is dictated by elite pedophiles and Satan-worshippers, which Donald Trump and his inner circle opposed.

On Saturday, Coleman's wife contacted the Santa Barbara Police to report that her husband had left their home with their two children in a Sprinter van, and she did not know where they had gone, according to the affidavit. The following day, she filed a missing persons report. Using "Find My iPhone," Coleman's wife was able to track the location of her family to a Rosarito resoirt on Sunday afternoon. The same phone application showed that Coleman's phone was near the Port of Entry at the U.S.-Mexico border on Monday. The FBI dispatched authorities in San Diego to contact Coleman, who had attempted to enter the U.S. without his children.

When the children were not found, FBI agents contacted law enforcement officials in Rosarito. The agents then learned that Mexican authorities had recovered two bodies in brush near a ranch that matched the description of Coleman's children on Monday morning.

Coleman's wife said she didn't believe the children were in any danger, that she hadn't had any problems with her husband, and "they did not have any sort of argument," per the court affidavit. She is the co-owner of the Lovewater Surf School with her husband.