Doses could start being administered immediately to those who qualify 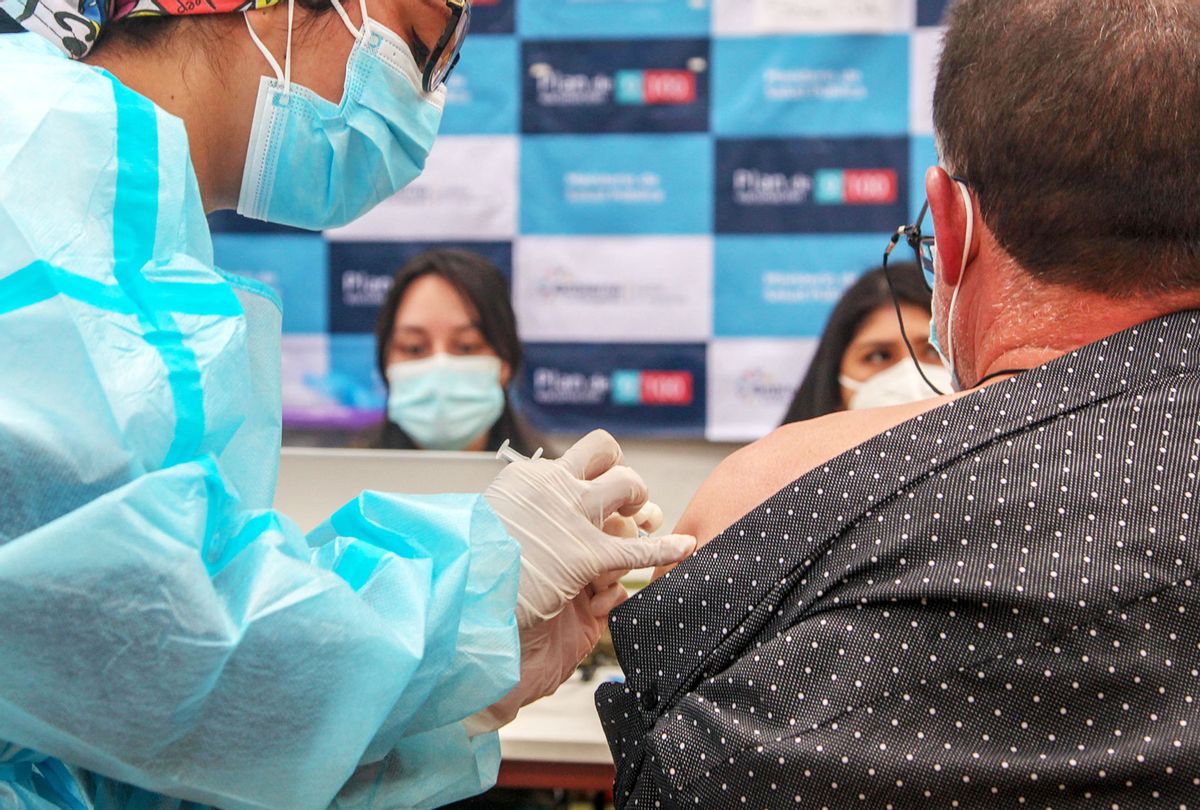 The U.S. Food and Drug Administration (FDA) authorized third doses of Pfizer-BioNTech's and Moderna's two-dose coronavirus vaccines for some groups of people with weakened immune systems. Those qualified include people who have had solid organ transplants, certain cancers or other immunocompromised disorders.

"The country has entered yet another wave of the COVID-19 pandemic, and the FDA is especially cognizant that immunocompromised people are particularly at risk for severe disease," said Acting FDA Commissioner Janet Woodcock, M.D., in a statement. "After a thorough review of the available data, the FDA determined that this small, vulnerable group may benefit from a third dose of the Pfizer-BioNTech or Moderna Vaccines."

On Thursday, the FDA emphasized that this decision only applies only to this high-risk group, which is an estimated 3 percent of the U.S. adult population. The announcement comes at a time when the U.S. is seeing a rise of new COVID-19 cases as a result of the highly contagious delta variant. Immunocompromised people can have not as strong an immune response after receiving two doses of the vaccine.

"Today's action allows doctors to boost immunity in certain immunocompromised individuals who need extra protection from COVID-19," Woodcock said. "As we've previously stated, other individuals who are fully vaccinated are adequately protected and do not need an additional dose of COVID-19 vaccine at this time."

For those who qualify, a third dose may be administered at least 28 days after the second dose. This also only applies to people who are 18 years of age or older. After the FDA authorization, ​​a key Centers for Disease Control and Prevention (CDC) panel, the Advisory Committee on Immunization Practices, unanimously voted on Friday to recommend booster shots of Pfizer's or Moderna's COVID-19 vaccines to some immunocompromised people, too.

With both agencies giving their approval, doses could start being administered immediately.

In a study published in the New England Journal of Medicine, researchers reported that two doses of an mRNA vaccine do not produce the same level of antibodies in transplant recipients as they do in less vulnerable individuals. However, the study found that a third mRNA shot "had substantially higher immunogenicity " than the placebo group. A separate study published in the Journal of the American Medical Association concluded that recommended a third dose to transplant patients, too.

"While there was an increase in those with detectable antibodies — 54% overall — after the second shot, the number of transplant recipients in our second study whose antibody levels reached high enough levels to ward off a SARS-CoV-2 infection was still well below what's typically seen in people with healthy immune systems," said the study's lead author Brian Boyarsky, M.D., a surgery resident at the Johns Hopkins University School of Medicine. "Based on our findings, we recommend that transplant recipients and other immunocompromised patients continue to practice strict COVID-19 safety precautions, even after vaccination."

The public health agencies' authorization comes after some cities across the U.S., like San Francisco, have already authorized giving additional vaccine boosters to citizens. Earlier this month, news broke that San Francisco General Hospital announced it would consider giving mRNA vaccines to people who received the Johnson and Johnson vaccine, which is not an mRNA vaccine. Those interested were advised to talk to their health providers first.