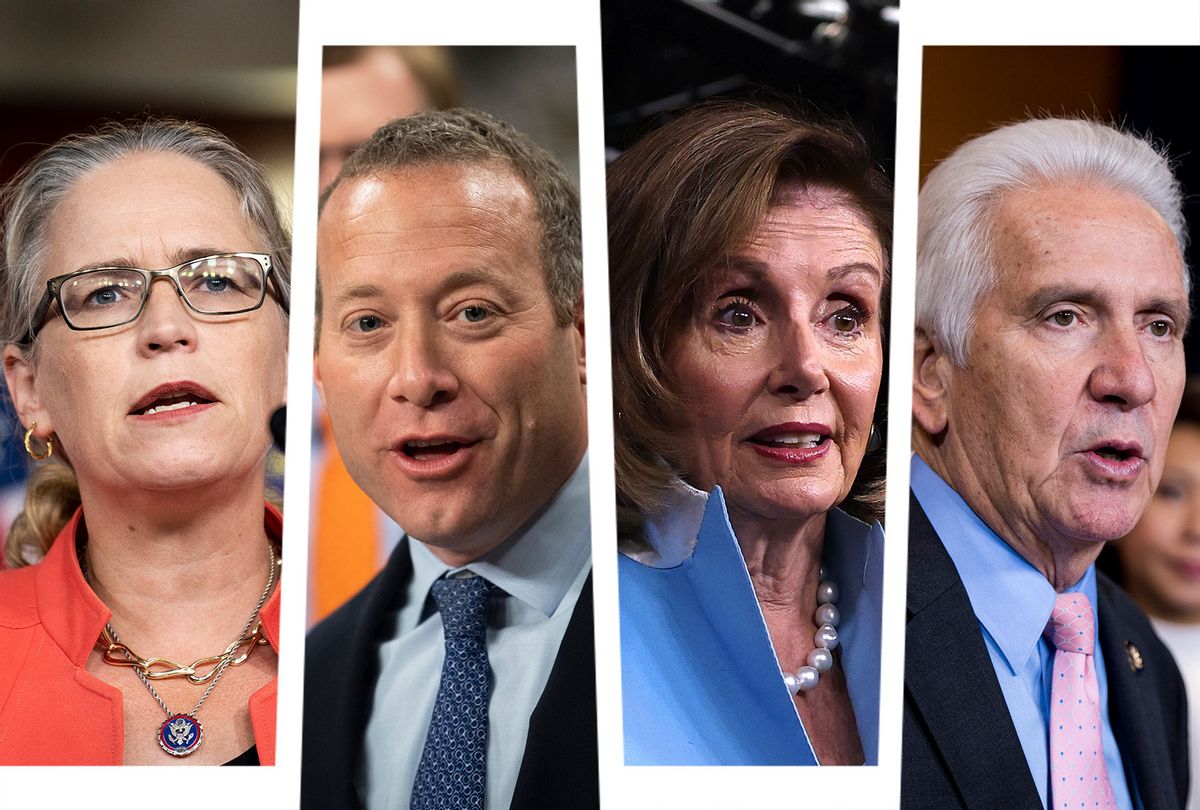 A coalition of nine moderate House Democrats told House Speaker Nancy Pelosi, D-Calif., that they won't advance the Democratic-backed $3.5 trillion infrastructure package – a measure meant to be passed via budget reconciliation – unless the Senate-approved $1.2 trillion bill passes out of their own chamber first.

"We will not consider voting for a budget resolution until the bipartisan Infrastructure Investment and Jobs Act passes the House and is signed into law," the Democrats wrote.

Their proposition, which came in a letter released on Friday, and throws a potential wrench in the months-long balancing act performed by the Biden administration, which is looking to quickly pass both bills – one with bipartisan approval and the other via budget resolution.

Last Tuesday, the Senate passed the bipartisan $1.2 trillion infrastructure measure along 69-19 vote after months of partisan back-and-forth, which culminated in many Republicans actively rebuffing Donald Trump's outside effort to shame them out of backing the bill. That same day, the Senate also passed the Democratic-led budget resolution along a party-line vote, which should allow Democrats to pass their broader $3.5 trillion infrastructure tagalong bill.

But the maneuver is now on shaky ground, with moderate Democrats now conditioning their support of budget resolution on the passage of the $1.2 trillion bill in the House.

In an effort to appease liberal Democrats, who have thrown their support behind the tagalong bill, Pelosi has promised that she will not let the infrastructure bill be passed in the House unless the tagalong bill gets Senate approval, as the New York Times noted. In fact, over half of the Congressional Progressive Caucus has vowed that they will not vote on the infrastructure bill until the reconciliation bill covers their priorities, which include health care, climate action, child care, family leave, elder care, and education – all of whose funding would have to be approved by the Senate.

The Times noted that this exchange, however, might end up preventing the tagalong bill from being formally passed by the Senate until next Fall – which opens it up to greater risk of derailment.

"Some have suggested that we hold off on considering the Senate infrastructure bill for months – until the reconciliation process is completed. We disagree," the letter wrote, referring to Pelosi's above promise. "With the livelihoods of hardworking American families at stake, we simply can't afford months of unnecessary delays and risk squandering this once-in-a-century, bipartisan infrastructure package."

A Democratic aide told CNN that, in the House, "there are not sufficient votes to pass the bipartisan infrastructure bill this month," adding that "there are dozens upon dozens who will vote against the BIF unless it's after the Senate passes reconciliation."

Pelosi has not signaled any kind of strategic or legislative pivot in response to the letter, The Washington Post noted. But two days ago, CNN reported, Pelosi sided with the progressive wing of the Democratic Party, reiterating that she will not let the infrastructure bill be voted on before the budget resolution is finalized in the Senate.