"Throw a fake": Rudy Giuliani reveals to FBI how he used Fox News to push lies about Hillary Clinton

Days before the 2016 election, Giuliani went on Fox to openly boast that Trump knew of the Comey letter in advance 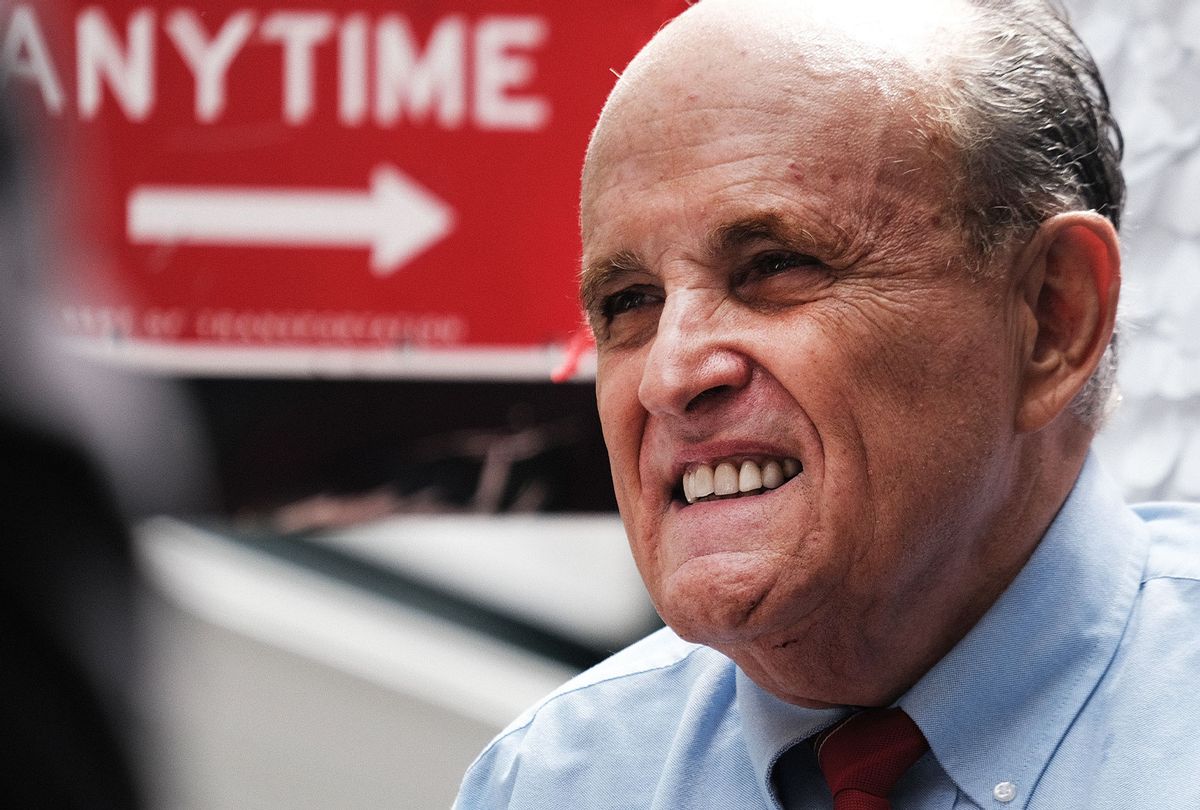 Correction: A previous version of this story erroneously described Rudy Giuliani as a disbarred lawyer. His law license has only be suspended.

Just ahead of the 2016 election, former Trump attorney Rudy Giuliani told the nation in a Fox News interview that the Trump campaign had a "big surprise" regarding the ginned-up Hillary Clinton email controversy. The former New York City mayor even went so far as to suggest that the FBI had been leaking info about the agency's probe directly to Giuliani for Trump's political gain.

But according to a newly released 2018 transcript of Giuliani's interview with Justice Department investigators probing a potential leak, it all appears to have been a complete lie.

Giuliani explained to federal officials that it's OK to "throw a fake" while campaigning.

The revelation, first reported by The Washington Post, stems from a transcript obtained by the Project on Government Oversight of Giuliani's 2018 interview with federal officials in Trump's D.C. hotel. During the interview, FBI agents working on behalf of the Justice Department inspector general questioned the longtime attorney whose law license was recently suspended on whether agency officials had leaked him sensitive info about Clinton's email fiasco back in 2016.

In response, Giuliani's legal counselor Marc Mukasey said that the threshold for truth-telling is much lower in campaigns than it is for typical legal affairs.

"In the heat of a political campaign, on television, I'm not saying Rudy necessarily, but everybody embellishes everything," Mukasey explained. "You're under no obligation to tell the truth."

Giuliani, a former federal prosecutor for New York City, even added: "You could throw a fake."

Earlier this month, the Justice Department inspector general concluded that he could not find any evidence that FBI agents leaked info about the Clinton email investigation to Giuliani, putting to rest longstanding concerns that the agency had actively undermined her candidacy.

But back in 2016, two days before then-FBI Director James B. Comey reopened a probe into Clinton's email affair, Giuliani had gone on Fox News to tell viewers that he had "a surprise or two that you're going to hear about in the next few days. I mean, I'm talking about some pretty big surprises."

Many took this claim to be indicative of a clandestine back channel between the former New York Mayor and the FBI, even though Giuliani later walked his rhetoric back as the weeks dragged on.

In 2018, during his formal interview with the FBI, Giuliani struck a different tone, claiming that Comey's probe was in fact "a shock" to him. He suggested that, at most, he may have heard control room gossip about the investigation.

The revelation is just the latest in Giuliani's string of alleged and proven improprieties before, during, and after Trump's presidency.

Back in June, the former prosecutor's law license was suspended by the state of New York over his promotion of Trump's baseless allegations of fraud in the 2020 election. Giuliani is currently facing a federal investigation into his relationship with various Ukrainian officials leading up to the 2020 election.

The former New York mayor is also said to be on the brink of bankruptcy amid a multibillion dollar defamation lawsuit leveled against him by voting technology company Dominion for pushing the erroneous notion that the firm tampered with its own vote-counting machines to sabotage Trump's political prospects.