From crossing one's fingers to tipping, these behaviors should be curbed when traveling to certain countries 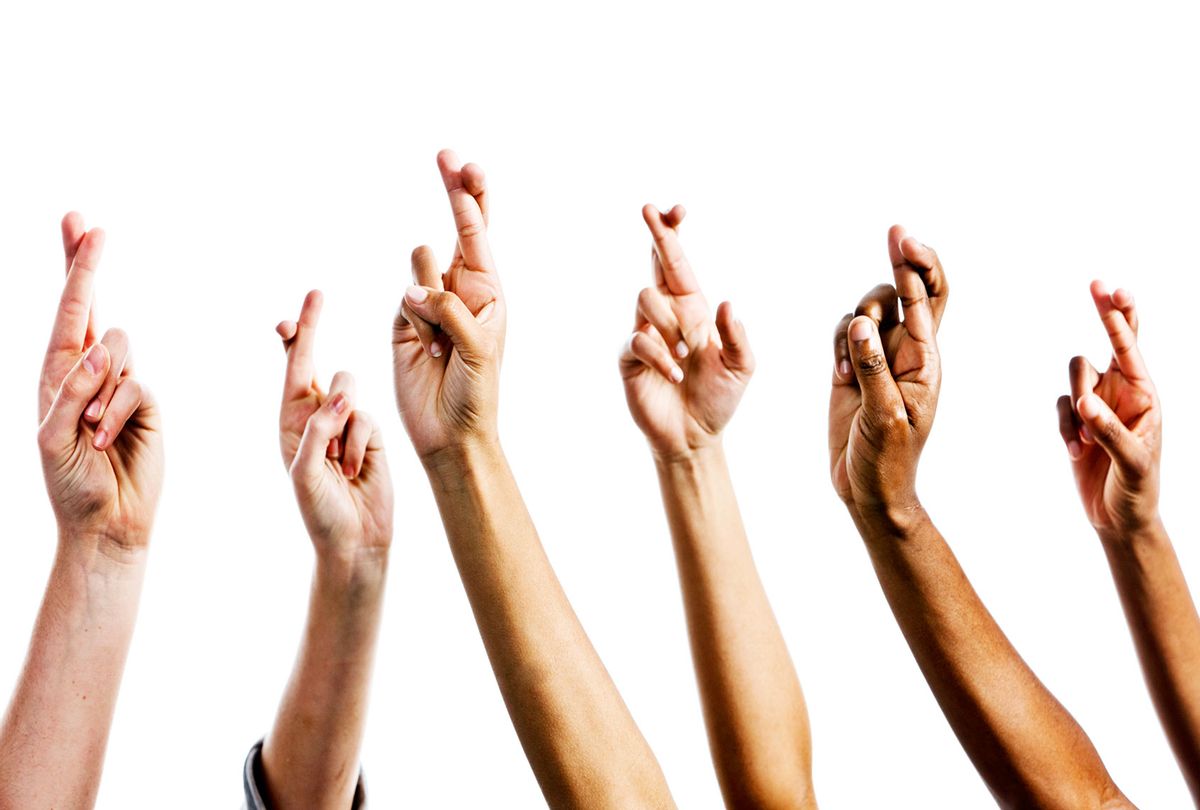 Just because you've mastered the art of not looking like an uncultured, uncouth slob in your own country doesn't mean those skills translate to the rest of the world. In fact, many behaviors that would be considered innocuous — or even polite — where you're from might raise (or sternly lower) eyebrows in other parts of the world. With that in mind, here are 20 behaviors that are widely viewed as acceptable in the United States but considered rude in other corners of the globe.

1. Referring to the United States as "America"

South America is also "America," and South Americans regard it as rude and dismissive of their continent when we refer to our country using this umbrella term. —Erika Wolf

2. Putting your hands in your pockets while speaking

What's considered a go-to move for socially awkward guys and gals throughout America is actually considered disrespectful in quite a few countries. Just ask Bill Gates, who, in 2013, found himself in the middle of a minor international controversy after shaking South Korean president Park Geun-hye's hand with his left hand firmly planted in his pocket. Many South Koreans were — unlike Gates — up in arms about the gesture, but Gates, who, according to the gaming website Kokatu is "a long-time, serial hand-in-pocket shaker," surely meant no harm. Lest we forget, he started off as a socially awkward American guy himself once upon a time. —Adam D'Arpino

Ask this question in Europe — particularly in Italy — and you'll get a detailed answer, not the "fine" you might be expecting from asking it in the U.S. —EW

Americans, in general, tend to laugh freely and loudly. Of course, people all around the world like a joke, but it doesn't always follow that exploding into hysterical, open-mouth laughter is a desired, or even polite response. In Japan, open-mouthed, teeth-exposed laughter is thought to "sound like horses," and is considered impolite, and in particular, unladylike, in the same manner Americans consider coughing, yawning, or eating with your mouth open to be rude. —AD

How many times did mom tell you to say "thank you" after Aunt Gladys called you a handsome fella? Well, if you were in Japan, you could have denied it. Accepting a compliment is seen as arrogant and egotistical. —EW

In the United States, whistling is as open to interpretation as half a glass of water: Positive types associate it with a carefree, can-do attitude, while cynics associate it with cloying levels of chutzpah and deficient levels of self-awareness — but you'd be hard-pressed to find many folks who consider it rude. But this isn't the case in Haiti, especially for kids, who are generally to be seen and not heard. According to Haitian Creole language blogger Mandaly Claude Louis-Charles, whistling exists alongside sitting cross-legged, making direct eye contact, and standing with your hands on your sides as things to never be done near elders. —AD

7. Sitting in the back of a taxi

While most American cabbies would find it a little disconcerting if rode alongside them in the front passenger seat, in other areas of the world—like New Zealand, Australia, and parts of the UK — it's considered rude notto sit next to the driver. Riding in the back of the car while they sit up front would have the driver thinking you're a snob. —EW

8. Showing up on time

While most Americans are fine with people showing up fashionably late to certain kinds of parties and events, it's generally considered bad form to keep folks waiting, particularly if the events of the night are time-sensitive. Take, for instance, a dinner party where there's a lot of preparation involved and showing up late means potentially delaying the meal. In Argentine culture, however, showing up for a dinner party right on the nose would be like showing up roughly an hour early in America: It would be considered slightly audacious, and you'd risk finding your host still in the throes of preparation. This consistently lax sense of timekeeping extends to many corners of Argentine culture. —AD

In many households throughout Asia (and lots of European households, too), it's considered rude to wear shoes indoors. Often, hosts will have slippers for guests to wear; some sites suggest bringing along clean socksto change into. Regardless of where you live, taking off your shoes is a good practice for a sanitary home. —EW

10. Blowing your nose in public

This one isn't as counterintuitive as a lot of the other entries on the list. The bathroom is reserved for almost every activity that involves getting something in or on your body out or off of it, but in America, nose-blowing in public is considered a minor annoyance rather than a no-no, the way it's viewed in Japan. In fact, the Japanese word for nasal discharge, hanakuso, literally means "nose waste." —AD

11. Requesting condiments or salt for your meal

If you're vacationing in Portugal and want to add a little salt and pepper to your dish, know that by asking for those seasonings, you're insulting the chef's skills. (But if the shakers are already on the table, season away!) And don't even think about asking for ketchup in France.Redbooksuggests researching the dining etiquette of every foreign country you visit, considering how many variations there are even just throughout Europe. —EW

In the U.S., not tipping is the easiest way to become the least popular person at any restaurant or bar, equally hated by friends, significant others, servers, and restaurant owners alike. But in Japan, tipping at restaurants is actually considered rude—superior service is expected without an added incentive and is calculated into the bill. Considering tipping has little to do with good service, and that it makes servers' ability to make a living wage completely reliant on the kindness of customers, it might be one custom worth ditching within American borders [PDF]. But don't totally skimp on the tips if you're traveling in Japan. In services like tourism, where guides are primarily interacting with Westerners, the practice has caught on a bit. —AD

13. Opening a gift in the presence of the giver

This might seem like an odd one, since in America seeing a gift-opener's sincere appreciation/half-hearted attempts to disguise their disappointment is pretty much the best part of gift giving. But in many Asian countries, including China and India, tearing right into a present in front of the gift-presenter is considered very poor form, both because if one gift-giver has clearly out-gifted someone else, it's a bit awkward, and because digging right in looks a bit greedy and lacks suspense. —AD

14. Not rejecting a gift

The social politics of gift-giving around the world and throughout history is surprisingly complex and laden with opportunities for missteps, so here's another tip to keep in mind in case you're ever traveling through Asia and feeling super generous. In the United States, having someone reject a gift up to three times might look a bit overly modest at best, and a bit rude at worst. However, in much of Japan it's par for the course — according to blogger Makiko Itoh, it's "a ritualistic dance" of manners and tradition. —AD

15. Wearing athleisure, or any kind of sweatpants

Bumming around like you're popping to the store for milk simply isn't an option in most Asian and European countries. And just because as a tourist you're doing a lot of walking, it's no excuse to look like you're heading to the gym. Real clothes, with zippers and buttons, are the norm. —EW

16. Doing pretty much anything left-handed

Sure, in America shaking hands is universally reserved for the right hand. But in almost every other facet of life, while being left-dominant may mean suffering hundreds of minor inconveniences on a daily basis, it doesn't make it look like it's your life's work to insult everyone, all the time. Here are just a few things that, in many parts of the world, aren't to be done with the left hand: give gifts, receive gifts, touch people — just about anything and everything that involves contact and doesn't require two paws. Why? If your first instinct is to think the left hand is associated with evil, you aren't wrong; there are myths about the left hand and lefties being sinister across many, many cultures. But the primary reason is much more practical: Throughout history, and still in many countries throughout the world, the left hand is reserved for the nittiest and grittiest of bathroom duties. —AD

If you live in a major metropolitan area, there's a good chance you've seen a Japanese person sporting a surgical mask, even if they're, say, wearing business attire and probably not fresh out of surgery. Mask wearing is generally common courtesy for people who feel like they're coming down with something and don't want to spread their germs. It makes sense, considering Japan is one of the most densely-populated and urban large countries on Earth. Interestingly, masks have also caught on in Japan for a wide range of reasons beyond shielding germs, including staying warm, hiding emotional reactions, and just looking generally fashionable. These days, mask-wearing is commonplace in many areas of the world due to the COVID-19 pandemic. —AD

Sure, this isn't exactly an everyday occurrence in America, but if you spot someone crossing their fingers, chances are they're wishing themselves or someone else the best of luck and wishes. But crossed fingers carry a very different connotation in Vietnam: It's a quick, crude and impolite shorthand for "vagina." —AD

Now, if your palm is facing away from you, you won't incite a brawl. But in the UK, if you do what so many Americans do in Instagram selfies and flash the peace sign palm inward, then it's an insult. In fact, a Brit on social media even took the time to inform Zendaya that she was doing it wrong. According to Reader's Digest, one theory—which has not been proven—has the offensive gesture dating all the way back to a 15th-century battle in which imprisoned archers had their index and middle fingers cut off, rendering them useless with their bows. Those who were lucky enough to escape with all the fingers intact were said to have defiantly thrown up those two fingers as they fled. —EW

20. Gesturing to someone to "rock on"

While it's totally cool for metal fans to make the sign of the horns at concerts, in many countries, it apparently means that a man's wife is sleeping around behind his back . . . but everyone else knows it. —EW