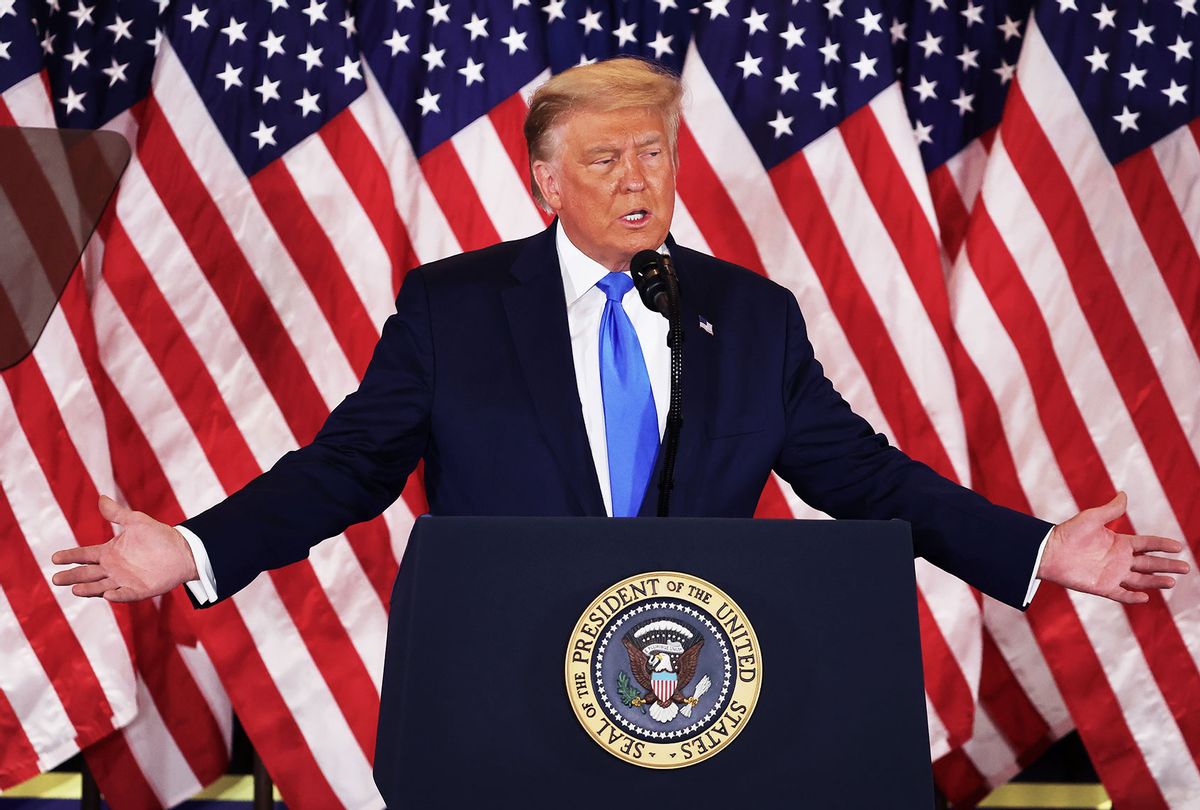 According to a report from the Daily Beast, an obscure lawyer who managed to get the attention of then-president Donald Trump before the "Stop the Steal' rally on Jan. 6th that preceded the Capitol riot was dumped by his partners and now they refuse to talk about him.

As the report notes, Kurt Olson, co-founder of New York's Klafter, Olsen & Lesser -- which has since changed names with him out -- has caught the interest of political observers over how he was able to become a Trump favorite with many in the former administration saying they never met him despite his major influence on Trump.

According to the Beast, " Emails released by the House Oversight Committee and reporting by Politico show that after the election, the Maryland attorney rose from relative obscurity in conservative politics to capture the ear of then-President Trump. Despite his access, several lawyers and administration officials intimately involved with the anti-democratic effort did not know or simply couldn't remember Olsen—a reflection of the disjointed and chaotic state of post-election MAGA politics as different factions pushed competing authoritarian ideas and fought amongst themselves."

Among the few who said they were familiar with his work, one described his legal advice to Trump as "nonsense."

"Olsen's ascent to the heights of MAGA activism began in December 2020 when [Texas Attorney General Ken] Paxton put together a Supreme Court case to toss out Joe Biden's electoral victory in Pennsylvania," the report states. "The move placed Olsen, who had little-to-no national profile in conservative politics, at the tip of the spear in the Trump-backed effort to overturn the 2020 election in court."

After Paxton's suit was shot down by all nine Supreme Court justices, Olson was able to gain access to Trump where he pitched the former president on having the Justice Department attempt to do what the Texas lawsuit to overturn the election didn't do.

Olsen attempted to get an audience with acting Attorney General Jeffrey Rosen that failed, but by then he had Trump's ear.

According to the report, "Olsen's name also appeared on a memo that was hand-delivered to Trump in his very last days in office—a memo that also appeared to include a recommendation on resorting to 'martial law if necessary.' When pillow magnate and staunch Trump ally Mike Lindell visited the White House to brief Trump and administration officials and attorneys on his wild claims of Chinese hacking efforts in the 2020 election, Olsen's name even appeared in a photo of documents Lindell brought to Trump, next to figures like Sidney Powell and Kash Patel, as suggestions for who Trump should appoint to senior positions during his quest to stay in power."

According to the report, his involvement in the Paxton suit led his partners to dump him.

"Shortly after he signed on to help Texas Attorney General Ken Paxton's failed bid to overturn the 2020 election at the Supreme Court, the firm changed its name and registered a new website—without Olsen's name in the URL—on Feb. 24. Now, where Olsen's bio used to be, a disclaimer says, 'Kurt Olsen is not affiliated in any way with Klafter Lesser LLP,'" the report states adding that no one at the firm was willing to talk about him when contacted.