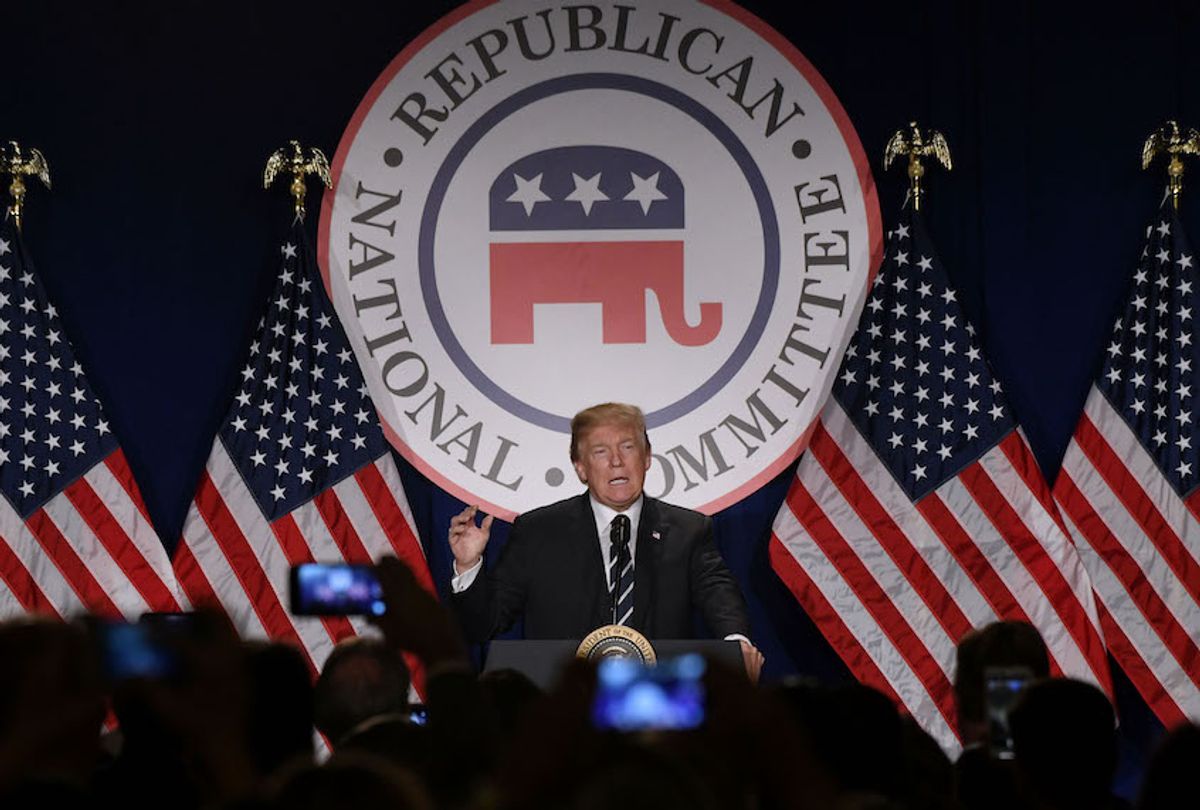 The Republican National Committee was caught attempting to quietly erase history on Sunday when a page on GOP.com praising former President Donald Trump's "historic peace agreement with the Taliban" was deleted as Afghanistan fell to the Taliban.

The Washington Post's Dave Weigel first noticed the apparent takedown, which an RNC spokesperson later billed as a routine update to the website.

"How quickly can the politics around Afghanistan change? Here's a section on the RNC's website in June; click it now, and you get a 404 error." Weigel added alongside an image of the dated page.

Hours later, RNC spokesperson Mike Reed said the site's page was missing due to the GOP operation launching a new website and the old content not being carried over.

"This is so dishonest," Reed tweeted. "We launched a new website last week… some of the old posts haven't been carried over yet. Go look… all blog/research pieces from years ago aren't there. But good try attempting to divert attention from the folks actually in charge of this disaster."

Additionally, on Sunday evening, Trump called for Biden to "resign in disgrace" over his role in withdrawing troops from Afghanistan.

"It is time for Joe Biden to resign in disgrace for what he has allowed to happen to Afghanistan, along with the tremendous surge in COVID, the Border catastrophe, the destruction of energy independence, and our crippled economy," Trump declared in a statement. "It shouldn't be a big deal, because he wasn't elected legitimately in the first place!"

Notably, as the situation quickly unravels in Afghanistan, many Republicans are already flipping on positions about withdrawing troops from the region held only months ago.

On Monday afternoon, President Joe Biden, amid backlash from both the political right and left, is slated to address the nation from the White House regarding the Taliban taking control of Kabul, the capital of Afghanistan. As United States personnel attempted to make a last-ditch effort to evacuate Kabul on Sunday, Afghan refugees could be seen being tossed off the side of a US aircraft as they tried to cling onto the side upon takeoff.