No, George W. Bush doesn't deserve a pass on Afghanistan 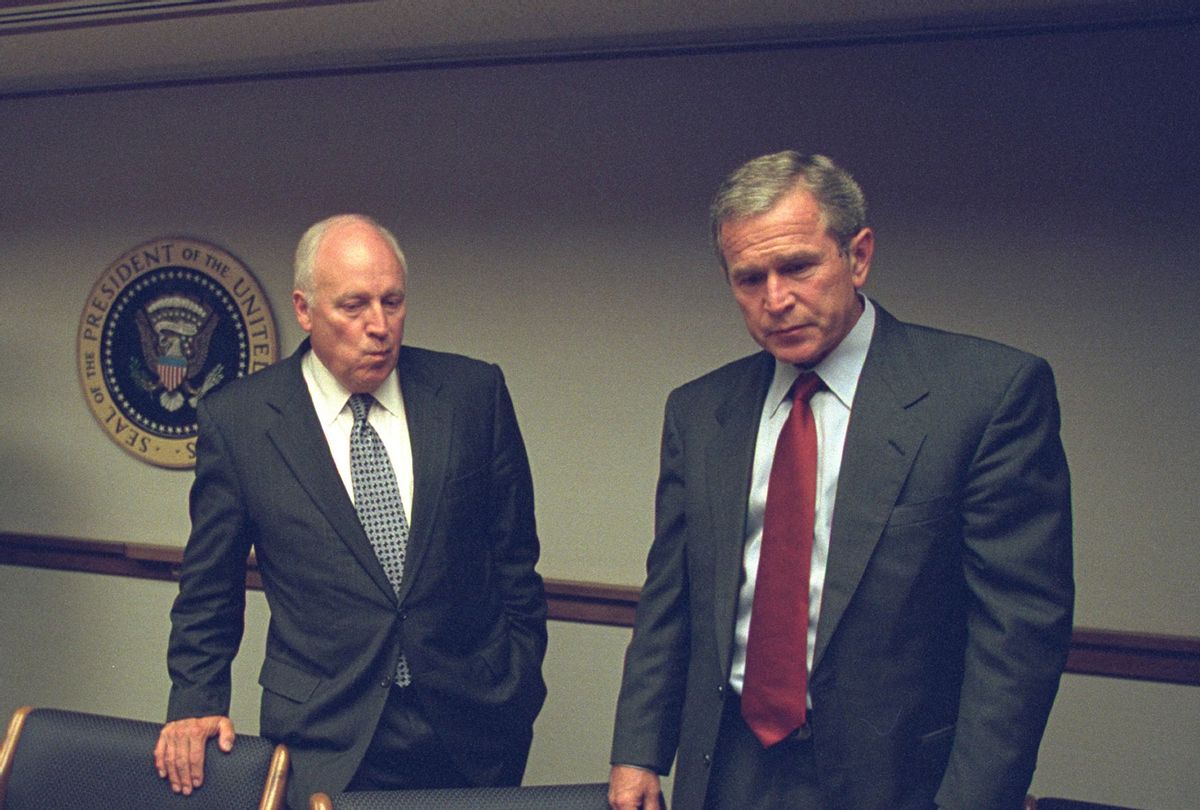 It seems like only yesterday that the President of the United States was standing on the pile of rubble of the World Trade Center with a bullhorn telling the world, "I can hear you! The rest of the world hears you. And the people who knocked these buildings down will hear all of us soon." That iconic image of President George W. Bush promising vengeance 20 years ago was America's primal scream in the wake of the horrific terrorist attacks of 9/11 and the echoes of that scream still reverberate today.

But to watch the febrile pundits on TV and read the agitated screeds of hundreds of observers and experts over the past few days, you would never know that the Afghanistan "mission" came out of such a primitive war cry. The sad truth is the war was an act of revenge. The attacks of 9/11 were truly terrifying and wanting to hit back was a natural human response. But leaders are supposed to rise above such emotions and make rational decisions in the national interest. Clearly, that doesn't always happen. For a variety of reasons, they instead start wars, which are the most irrational human activity of all. America has been acting irrationally about Afghanistan ever since.

Of course, they always have a reason and the Afghanistan war had a bunch of them. It was said that we needed to invade to find the villainous mastermind Osama bin Laden who had been sheltered there. President Bush famously said, in another of his primitive statements that everyone seemed to relish, "Every nation, in every region, now has a decision to make. Either you are with us, or you are with the terrorists." But he rejected an offer by the Taliban to hand over bin Laden in exchange for the U.S. to stop bombing their country. He wanted that war.

Sensing that it was important to provide some reasoning that wasn't quite as crude, it didn't take long for other rationales to quickly become part of the marketing for the war. There was also the long-held dream of such neoconservative think tanks as the Project for a New American Century of a Pax Americana, a grandiose plan to bring Jeffersonian democracy to the world at the hands of the mighty U.S. military. Where Bush had once promised a "humble" foreign policy, he now backed the idea that wreaking revenge by invading Afghanistan would be very good for Afghanistan.

But perhaps the most cynical of all the rationales they offered in those early days before they pivoted to Iraq and pretty much put Afghanistan on cruise control was the unctuous, insincere, marketing campaign they launched to convince the American people that they were fighting the war on behalf of Afghan women. On November 17, 2001, just a few weeks after the attacks, they sent out First Lady Laura Bush to make a speech about the repressive Taliban regime's treatment of women, all of which was true but was clearly designed to make the war into something nobler than the crude act of vengeance it really was. After all, feminists and others had been speaking out about Taliban oppression of women for years. A year and a half before the attacks, the New York Times had featured a hair-raising interview with two sisters by Katha Pollitt, chronicling the truly brave work by RAWA, the Revolutionary Association of the Women of Afghanistan, called "Tearing the Veil." American feminists had been agitating for Afghan women's rights for some time. There was zero interest in the issue on the right until the Bush administration decided to make it a central rationale for the war in Afghanistan.

This was reportedly the bright idea of Karen Hughes, the Bush senior adviser and supposed communications expert who, as the undersecretary of state for public diplomacy a few years later, went on a "listening tour" of the women of the middle east and made quite a fool of herself. By that time, the Bush administration had made women's rights in the region one of their main cover stories for the wars they were waging in the region.

But let's not kid ourselves. It was propaganda, not unlike the infamous "babies killed in incubators" stories that Bush senior's administration had put out before the first Gulf War. Only this time the stories were true. The Taliban really were monstrous toward women, it's just that nobody in authority cared until it became convenient to use it to justify their actions.

To be sure, there is plenty of blame to go around on this one.

President Obama foolishly escalated Bush's war, buying the myth that America could nation-build its way out of the problem. Trump then invited the Taliban to come to Camp David for what was essentially a U.S. surrender ceremony but was talked out of it at the last moment. His blathering on the subject was incoherent as always. And now Biden appears to have stubbornly clung to Trump's negotiated timetable when he probably should have shown more flexibility in order to execute the withdrawal efficiently. They are all responsible for what's happening there now and what will happen there in the months to come.

But it's George W. Bush who bears the most responsibility for the mess in Afghanistan. He was the man who started that war to fulfill America's hunger to hit back and set the U.S. and Afghanistan on the road to two long decades of losses in blood and treasure that accomplished almost nothing in the end.

Beyond reportedly saying "that was weird" at Trump's inauguration, Bush was very, very quiet when the Trump administration negotiated with the Taliban the timeline for withdrawal last year. He had to know that meant that the U.S. had ceded power to them and was assuming they would be back in power sooner or later. Yet he is now very concerned once again with the plight of women in Afghanistan.

"Laura and I have been watching the tragic events unfolding in Afghanistan with deep sadness," the former president said this week. "Our hearts are heavy for both the Afghan people who have suffered so much and for the Americans and NATO allies who have sacrificed so much."

Forgive me for being cynical but this song has gotten very stale coming from him. At what point will he ever take his share of responsibility for what happened there for the last 20 years? These lugubrious paeans to the Afghan people don't make up for the fact that he and his crew used them as pawns in his administration's global ambitions.

And, by the way, the American people know it.

According to a Business Insider poll this week, more Americans blame Bush for U.S. failure in Afghanistan than all the presidents that succeeded him. Whether the media keeps showing him as the nice old guy who cares about the Afghan women or not, he will always be that guy with the bullhorn — and that isn't such a feel-good moment 20 years later.