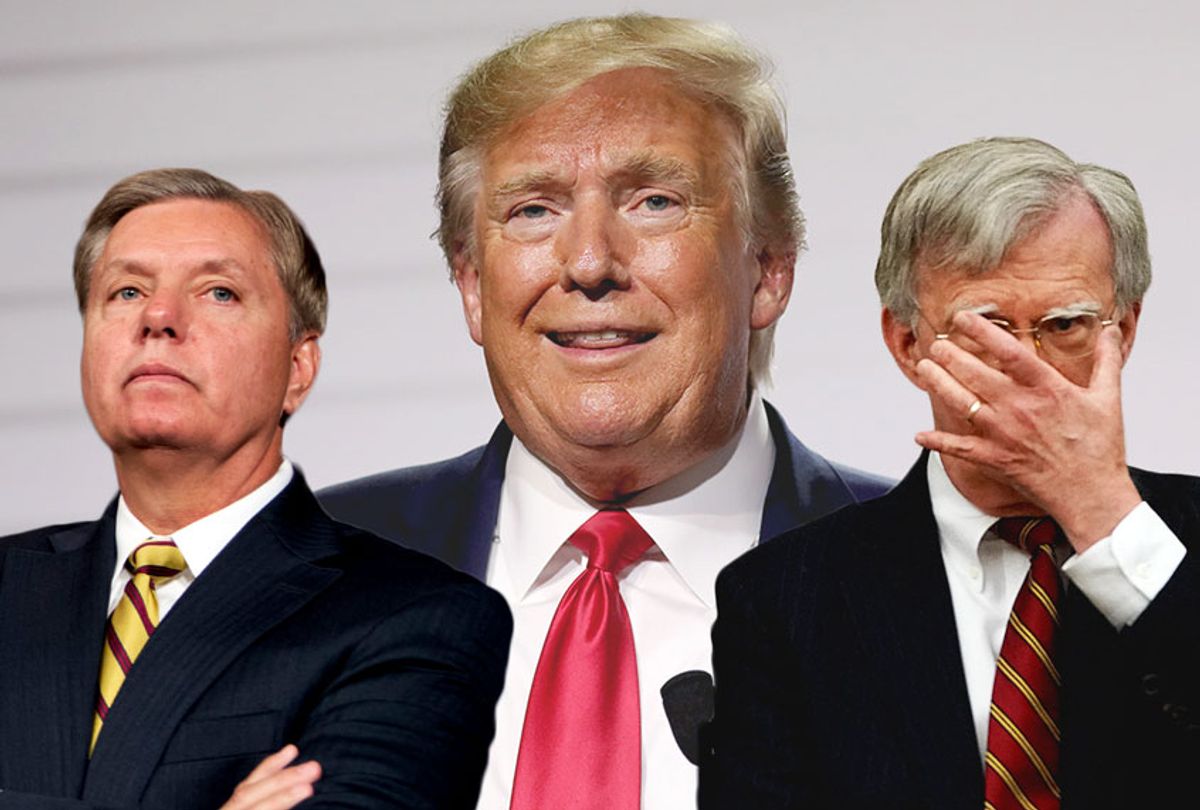 A new report reveals that President Trump came very close to securing a peace deal with the Taliban and bringing leaders of the Afghan militia group to a summit at Camp David, despite the warnings of National Security Adviser John Bolton and Sen. Lindsey Graham, R-S.C.

One of the big boosters of the plan was Secretary of State Mike Pompeo, according to The New York Times. Pompeo's chief negotiator with the Taliban was a former U.S. ambassador to Afghanistan, Zalmay Khalilzad, who convinced the president that he could work out a deal in which the United States gradually withdrew troops from the country in return for assurances that Afghanistan would not be used as a haven for terrorism.

Bolton, who is widely known as a foreign policy hawk, opposed the idea So did Graham, Gen. Jack Keane, a retired Army vice chief of staff and Gen. David Petraeus, the retired Afghanistan and Iraq commander. Bolton was particularly vociferous in expressing his dissatisfaction with Trump's idea of a Taliban summit, arguing that the Islamist group could not be trusted and that any U.S. withdrawal would require leaving at least some troops behind to contain potential terrorist activity.

Graham told The New York Times that, while he shared Trump's goal "to end the war in Afghanistan between the Taliban and the Afghan people," he did not feel it would be wise to withdraw all American forces or trust either the Taliban or Islamic State.

Despite these concerns, Trump spent nearly a year hammering out a plan that would have led to a complete withdrawal of American troops from Afghanistan over 16 months, in return for counterterrorism assurances from the Taliban. This plan was opposed by Afghanistan President Ashraf Ghani, who was concerned that it would risk the security of his administration and insisted that the Taliban could not be trusted. Matters changed drastically, however, when Trump learned that a suicide car bomb had killed an American soldier and 11 other people.

"This is off; we can’t do this," Trump reportedly told his advisers upon hearing the news. Even though the Taliban had never formally agreed to send representatives to Camp David to finalize signing the would-be historic deal, the president felt that the attack effectively destroyed his ability to present the deal in a positive light to the American public.

Trump later took to Twitter and reiterated that message.

"Unbeknownst to almost everyone, the major Taliban leaders and, separately, the President of Afghanistan, were going to secretly meet with me at Camp David on Sunday. They were coming to the United States tonight. Unfortunately, in order to build false leverage, they admitted to an attack in Kabul that killed one of our great great soldiers, and 11 other people. I immediately cancelled the meeting and called off peace negotiations." Trump tweeted.

He added, "What kind of people would kill so many in order to seemingly strengthen their bargaining position? They didn’t, they only made it worse! If they cannot agree to a ceasefire during these very important peace talks, and would even kill 12 innocent people, then they probably don’t have the power to negotiate a meaningful agreement anyway. How many more decades are they willing to fight?"