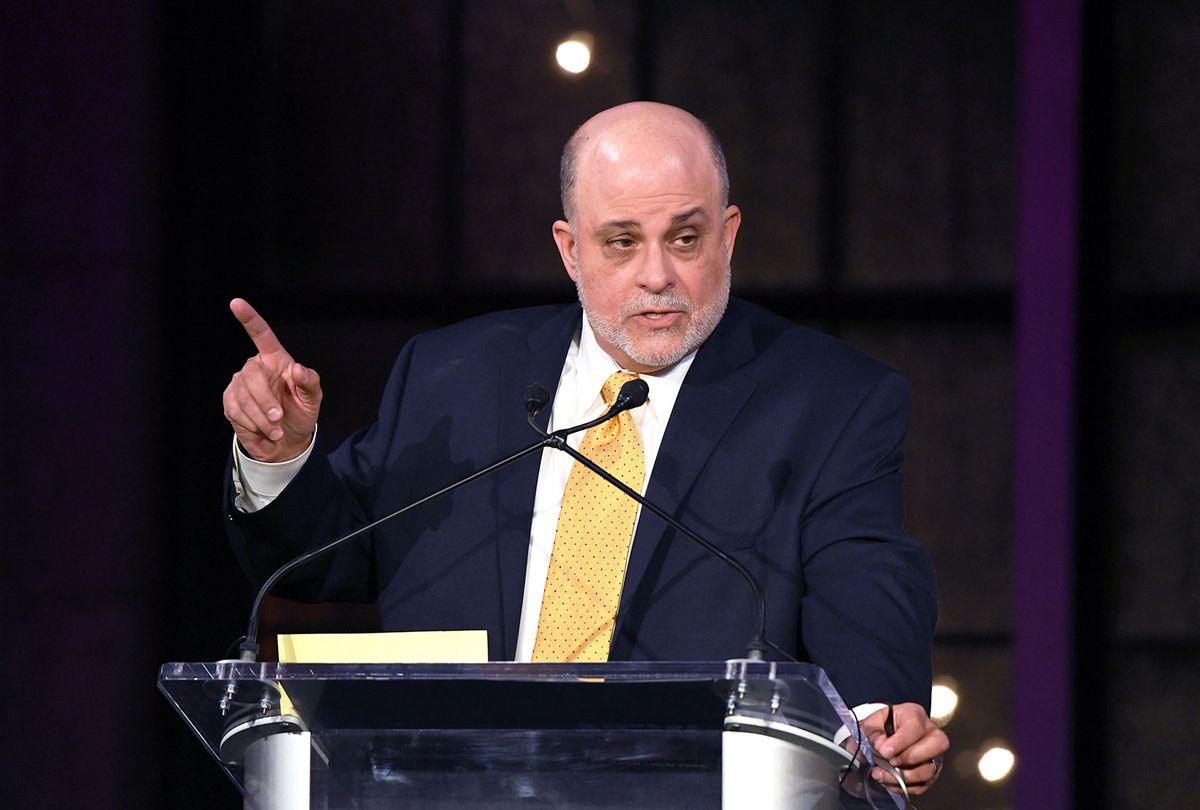 Fox News host Mark Levin's new book, "American Marxism," has reached the No. 1 spot on the New York Times bestseller list for hardcover nonfiction. But there appears to be a problem. Levin, best known as a right-wing radio host able to fly into a rage at any moment, has made repeated substantial errors when speaking and writing about the supposed topic of his book.

"American Marxism" largely concerns the supposed influence of post-Marxist European intellectuals in shaping the American left. Levin isn't the first right-wing commentator to identify German émigrés like Theodor W. Adorno, Max Horkheimer, Erich Fromm and Herbert Marcuse as the source of a nefarious tendency in American life they often call "cultural Marxism." Those figures are collectively described as belonging to the "Frankfurt School" (although the term is somewhat ambiguous).

But it's not clear whether Levin has actually read his own book, let alone the sources he claims to identify. He has repeatedly described the Frankfurt School as the "Franklin School" — perhaps confusing it with the Franklin Mint, a venerable purveyor of "gifts and collectibles" — and has said it originated in Berlin. (As you might have surmised, the Frankfurt School actually began in the German city of Frankfurt.)

A quick consultation with the Internet Encyclopedia of Philosophy, a peer-reviewed resource, reveals this information:

The Frankfurt School, known more appropriately as Critical Theory, is a philosophical and sociological movement spread across many universities around the world. It was originally located at the Institute for Social Research (Institut für Sozialforschung), an attached institute at the Goethe University in Frankfurt, Germany. The Institute was founded in 1923 thanks to a donation by Felix Weil with the aim of developing Marxist studies in Germany. After 1933, the Nazis forced its closure, and the Institute was moved to the United States where it found hospitality at Columbia University in New York City.

This easily available online resource has not prevented Levin from mischaracterizing the history of the Frankfurt School in numerous appearances on Fox News.

In a July appearance on Fox News, Levin cited the titles of several influential works by Marcuse with reasonable accuracy, including "Counterrevolution and Revolt," "One-Dimensional Man" and "An Essay on Liberation" (which Levin called "An Essay of Liberation"). Then he went on to say:

This was very important to the New Left movement in the 1960s, the riots, the anti-war movement, and he's the Big Daddy behind critical theory. That whole Franklin School I just talked about. This is the founding father of that movement. More on that later.

It would not be accurate to describe Marcuse as the "founding father" of the Frankfurt School, especially since he became much more famous in America in the 1960s than he had ever been in Germany. He also can't be considered the founding father of the Franklin School, since that does not exist. (According to Wikipedia, the Franklin Mint was founded in 1964 in Wawa, Pennsylvania, by Joseph Segel, who was also the founder of QVC. Not a whole lot of overlap there either.)

That wasn't simply a misstatement because Levin repeated the same thing in another Fox News appearance last month, an interview with Pete Hegseth. Explaining the supposed connection between the Frankfurt School and "critical race theory" (another thesis raised by other, slightly better-informed right-wing commentators), Levin said:

And so race is beautiful to exploit in this country, given our history, given the battles we have from the Civil War all the way up, and so, they developed this theory, Stanford Law School, Harvard Law School, a guy by the name of Derrick Bell and he stole it or modified it from a Marxist by the name of Marcuse who came out of Berlin, the so-called Franklin School, and they developed critical theory, which started in our law schools.

Indeed, Levin has evidently made the same mistake in his bestselling book, as CUNY philosophy grad student Sam Hoadley-Brill identified on Twitter. Levin (inaccurately and incoherently) credits Marcuse with "hatching the Critical Theory ideology from which the racial, gender and other Critical Theory-based movements were launched in America," and calls him "a German-born Hegelian-Marxist ideologue of the Franklin School of political theorists."

We may hope that whenever Levin takes a break from attempting to boycott goods and services he does not understand, he will correct the record with regard to the Frankfurt School. (And perhaps also the Franklin Mint, which has no known connections to Hegelian or Marxist ideology.)

When not making massive blunders on subjects where he claims expertise, Levin has recently made allegations that employees at big-box stores and book retailers, including Target and Barnes & Noble, are surreptitiously attempting to kneecap sales of his book by refusing to stock it on shelves.

This seems implausible on its face, since "American Marxism," howlers and all, is topping the bestseller charts and has sold more than 400,000 copies.

Update (08/26/2021): A Simon and Schuster spokesperson confirmed to Salon that a correction had been issued to the book and "will appear in future printings."